Alice Gear Aegis was released by Colopl for iOS and Android on 22nd January 2018. 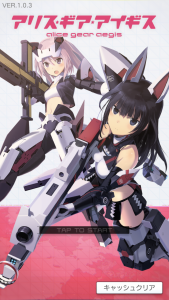 The game is set in a world where centuries have passed since mankind has abandoned Earth after an invasion by alien beings called the Vice, and now lives in interstellar generation starships called Shards made out of fragments of Earth’s moon, each of which replicates a place and age from Earth’s history. In the time since the exodus from Earth, technology has advanced to the point where mankind can now hold its ground against the Vice, with the aid of Actresses, young women who have the innate ability to use Alice Gears, special equipment that is especially effective against the Vice. The player takes on the role of a new employee to the small Actress agency Narukozaka Manufacturing, located in a Shard replicating 21st century Tokyo. 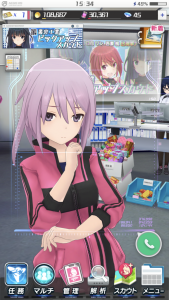 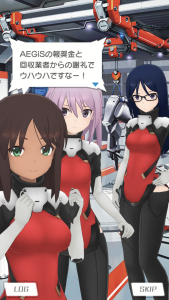 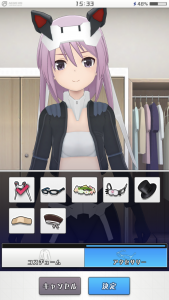 Intuitive touch controls are used to deliver a fully satisfying action game experience on phone platforms, with swipes, taps, and a few on-screen buttons making it possible for the player to perform a variety of actions comparable to console releases: For example, a long swipe results in the player character boosting in a direction, while a short swipe is a dodge. Tapping the screen fires the player’s ranged weapon while a dedicated on-screen button or swiping forwards activates a melee attack. Using the ranged attack while boosting forwards or sideways results in a different type of attack than usual, as does holding down to charge the ranged weapon for a different move. Swiping in specific directions in mid-combo while using certain melee weapons result in alternate moves. 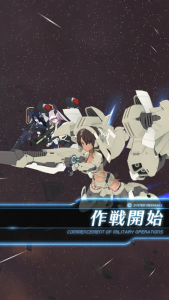 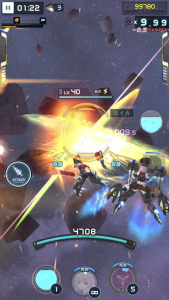 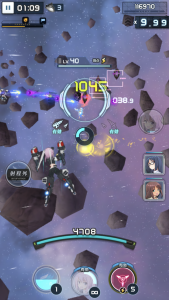 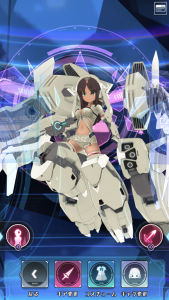 There is also a high level of customisation for the player’s characters, with the ability to mix and match costumes, accessories, armour, and weapons; Armour also decides what special abilities the player can use in battle, and characters also gain passive skills as they level up. New equipment is obtained entirely from drops gained from clearing stages, and certain characters can also obtain special equipment only they can use through rare drops, which can be upgraded to become unique items that have special skills.

Also of note is the multiplayer co-op mode, in which up to four players can work together to clear particularly tough stages. A conventional mobile game follower system is also implemented, which allows the player to call on help from other players’ characters when in single player modes. Though the game is free to play, with a gacha system implemented for stronger versions of characters (all characters are unlocked through story or event story progress.) and generic cosmetic accessories, weapons and armour can only be obtained through in-game drops, and unique cosmetic accessories only through story sequences.

With a unique setting, likeable characters, and enjoyable action-based gameplay with intuitive controls, Alice Gear Aegis is a surprising gem in a sea of relatively lazy mobile releases.