Marvellous is releasing a series of 26 videos showing gameplay footage of the individual playable characters in Fate/EXTELLA LINK. Three, featuring Jeanne d’Arc (Joan of Arc), Sumerian hero Gilgamesh, and knight of the round table Gawain were unveiled today.

Falcom CEO Kondo talks ports and localisations – Zero no Kiseki coming to the US? 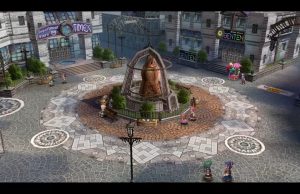 Frontline Gaming Japan - March 19, 2021
1
Falcom CEO Kondo discusses ports and localisations, and the possibility of bringing Zero no Kiseki to the US in this interview.

Arcade Gaming in Japan, Before and After COVID-19