This review was written based on the Japanese release of the game, and may not reflect changes made to versions released in other regions. As this game is a sequel, the review may contain spoilers for previous instalments in the series.

Though the first game was released to critical acclaim, the Senjou no Valkyria (Valkyria Chronicles) series has had an odd history, with two of its sequels being released only for the Playstation Portable (the third game never outside of Japan) with changes made to the core game system which many fans of the first game were unsatisfied with, and while the 2017 spinoff Aoki Kakumei no Valkyria (Valkyria Revolution) attempted a more narrative-driven experience with longer and deeper story sequences, it also featured a disastrously flawed action-based system nothing at all like the main series’. Valkyria Chronicles 4, however, takes the series back to its roots, wiping the slate clean and starting off from 1; While it is not an exact copy of the first game’s system, all of the changes expand off of it instead of the sequels.

Valkyria 4 takes place at the same time as the first game, but features a completely different cast of characters and theatre of war. The player takes control of E platoon, an elite mechanized ranger squad of the Edinburgh (the Valkyria Chronicles’ equivalent of the UK) army and part of the Atlantic Federation’s forces, consisting mainly of Gallian volunteers from the same village who signed up to fight in the war when their home came under attack from the East European Imperial Alliance (also known simply as the Empire),  led by protagonist Claude Wallace. The game begins three months into a war started by the Empire, which seeks to conquer the entire continent, in which 70% of the continent has already been occupied by the imperial forces. Seeing that it would be unable to continue fighting for long, the Federation launches Operation Northern Cross, an attempt to take the Imperial capital of Schwarzgrad, which E platoon participates in as well.

The battle system is mostly identical to that of Valkyria 1: The player has a number of command points used to command individual units, which have a range of movement determined by their own action points and can attack once per command point used. The same unit can be selected multiple times on the same turn, but fatigue causes their maximum action point count to fall each time for that turn. The game does however have many changes to make it significantly different from the first:

Additionally, most story stages include gimmicks, such as mist that limits vision, fire that can only be traversed by vehicles, the player’s forces being split into multiple areas, or just time limits, making the player have to adapt on the fly and keeping things interesting. Ranks for stages of course still exist, and aiming for the low turn counts needed to get S ranks makes the game closer to a puzzle game than a strategy one.

While the gameplay is for the most part satisfying, some slightly frustrating elements do exist. Levelling up soldiers and upgrading equipment is needlessly slow- While multiple classes can be levelled at a time, each of those classes can only be advanced by one level, meaning that if the player wants to level a class multiple times, even if they mash through the animation and dialogue they have to sit through roughly five seconds of sound effects playing. While this may not seem significant at first glance, this time does build up, especially when considering how the player will also usually be upgrading equipment. Upgrades are usually unlocked en masse, sometimes with ten showing up at a time, yet the player has to navigate to a different menu for each of these upgrades and wait for the sound effects and dialogue to play with each purchase, which ends up taking far longer than it should. It also does not help that there seem to be only two unique lines of dialogue for this. Another extremely frustrating problem is the inability to pause- And thus access the pause menu and things like the restart option- during enemy turns. A bad run that would require a restart can become apparent seconds into a turn, but even if the player has decided to restart at this point, they still have to wait for as long as two minutes for the remaining enemy soldiers to prance around before they are allowed to use the start button, which is also a major problem for players who are aiming for S ranks. It should also be noted that certain stages start on the enemy turn and introduce new elements that the player has no way of knowing beforehand, almost guaranteeing that they will want to quit to the briefing menu and rethink their unit selections, but they have to sit through the entire enemy turn to do so. Finally, despite balance changes to make tactics using scouts to clear entire maps in one or two turns less feasible, this only makes such tactics less feasible, and not not feasible at all: Scouts can still traverse massive distances and capture command points easily, especially with the aid of the APC or the leader unit ability to bring other characters along with them (one story-designated leader is a scout, meaning that the player can effectively use her to make it so that up to two other scouts have their movement ranged extended by an amount equal to a full AP bar of another scout). At this point, however, one may argue that this is more of a series staple feature than a flaw.

The story has enough twists to keep the player engaged, and the characters are likeable, though those outside of the main group are mostly relegated to their own side missions which are unlocked when used enough times. The music and voice acting is of top-notch quality, and Hayami Shou’s performance as antagonist Heinrich Berger is especially noteworthy. The antagonists are given more screentime and story presence than those of previous instalments, and coupled with the story painting morality on both sides in shades of grey rather than just black and white, this results in a more narratively fulfilling experience as well.

The Japanese limited edition version of the game comes with a mini soundtrack featuring a small selection of tracks from all four main games in the series (Revolution is excluded), an artbook, and the code for a bonus DLC scenario in which the characters of 4 are sent on a short mission back in their homeland of Gallia where they meet the characters of the first game (clearing this scenario also gives the player access to Welkin and Isara in the Edelweiss, Alicia, Rosie, and Largo for play in the main game). Additional, first print editions of the game come with a code for a DLC mission that gives the player access to Edy from the first game when cleared.

Ultimately, Valkyria 4 feel like a very welcome return to the roots of the series, something that feels like an extension of the first game without making a misguided attempt to revolutionise it.

The Good: Gameplay has been brought back to the first game’s staples, delivering a far more solid experience than 2-3 and Revolution.

The Bad: Frustrating wait times on menus, being unable to pause (and thus use anything from the pause menu, such as restart a stage) during enemy turns.

Conclusion: Possibly the best game in the series, building off of the first game’s acclaimed strategic gameplay. 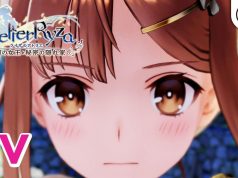 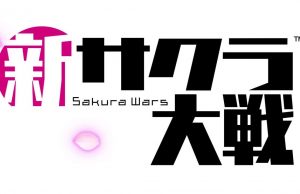 Zone of the Enders: The 2nd Runner M∀RS – Mecha Design...

How 13 Sentinels Was Created: Interview with George Kamitani and Vanillaware...