The first Asia GAME Festival has been announced to be held in Singapore on 9-10 June 2018.

GAME stands for Gaming, Animation, Music, and E-Sports, all of which are represented at the event.

Cosplay will also be featured at the event, as willlarge e-sports tournaments including the CPL Championship.
The official press release follows below:

AGF will give gamers a first-time-ever all-encompassing experience by bringing together esports, community gaming, Cosplay, animation, music and gaming-related talks.

“The rapid rise of gaming and esports in the Southeast Asia region, placing it as the number one market in the world, is the catalyst for organising AGF,” said Anthony Kang, CEO of Magika and the Festival Chairman of AGF. “Singapore, as the central hub for the region, makes it the ideal location to stage the inaugural festival.”

Kang further stressed that AGF will be a unique event as the festival is all-inclusive with four related key entertainment components, namely: Gaming, Animation/Anime, Music and Esports.

Esports is one of the major elements of the event with AGF hosting the largest number of esports championships in Asia. These include the inaugural CPL Championship-PUBG – featuring PlayerUnknown’s Battlegrounds (PUBG) – with players from Singapore, Malaysia, Thailand, Indonesia and Philippines battling it out to become the first PUBG champion in the region.

The main Esports Championships will be streamed ‘live’ worldwide via media partners Twitch and Yahoo! and audiences will also be treated to the presence of celebrity gaming influencers Treephob “Xyclopz’ Tiangtrong (Thailand) and Tiffani “Babyoling” Lim (Malaysia) who will be shoutcasting for the matches as well as interacting with the fans.

Co-organised by SCOGA and ITE, Campus Game Fest (CGF) is now an integral part of Asia GAME Festival. This integration will play host to more than 10 gaming communities coming together for greater excitement in the festival.

“For the past 5 years CGF has grown by leaps and bounds with the support of local gaming communities, and this is the perfect opportunity to bring our event out of the campus environment to a bigger playing ground,” said Kelvin Tan, President of SCOGA and Festival Co-Chairman of AGF.

Cosplay fans coming to AGF can look forward to meeting renowned Cosplayers Aza Miyuko (South Korea) and Yuegene Fay (Thailand), amongst several others. They will also get the chance to play with the Cosplayers in a unique, first-of-its-kind environment. There will also be a cosplay competition where the celebrity Cosplayers will judge the best costumes.

The Music of Gaming

For more information about AGF, do check out AGF website here.

Magika is a bespoke content marketing company that specialises in the curation, development, promotion, and production of The Next Big Thing in popular culture that target today’s upwardly mobile Youths and the Millennials. Its founders, having garnered legendary experience in youth-centric contents like Anime Festival Asia (AFA), promises to create more exciting, entertaining and engaging entertainment content for the Asian markets.

Singapore Cybersports & Online Gaming Association (SCOGA) was founded by game enthusiasts and community leaders to promote the local gaming scene, esports cyber wellness, and digital literacy. To date, SCOGA has sponsored more than 100 professional gamers to represent Singapore at international competitions. In 2017, SCOGA started the eSports Academy with a vision to create a centre of excellence around esports – empowering youths with leadership, teamwork, and communication skills to strive towards their aspirations and develop their careers.

Started in 1997, Cyberathlete Professional League (CPL) has pioneered esports and has shaped the industry to where it is today. Having hosted more than 100 international tournaments in the Americas, Europe, Asia and Australia, CPL has laid the blueprint for many rival leagues to emulate. Always at the forefront of gaming trends and selecting game titles based on global popularity, CPL will introduce the region’s first battle royale edition at Asia GAME Festival featuring PlayerUnknown’s Battleground (PUBG). 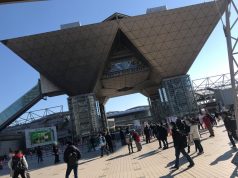 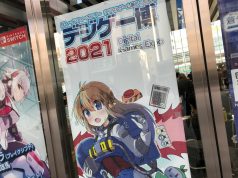 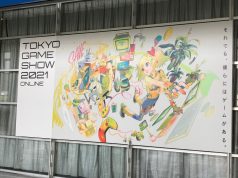