Shiokawa was creative director of Fate/Grand Order from launch until he became creative producer in April 2018, and handles the entire “FGO Project” which includes spinoffs. The interview begins with them discussing his handing over the role of director, and he says that when they reached the start of part 2, he started to think of what their next goal should be, and came to the conclusion that they would not be able to meet player expectations by simplying continuing what they had been doing.

They decided that they should take a multi-angular approach not limited just to the game, with the reasoning that in the current age, simply making good games is not enough: Additional value of some sort is required. He also says that they are also trying to increase their developmental power, and that simply hiring more development staff is not enough: They also need an environment where skilled human resources are able to perform proactively. A steady replace of old with new in the development team is also necessary.

They had not yet considered a change in director at the start of 2017, but as the player base grew through the year, they started thinking about the direction to take the FGO Project in, and began to consider reorganising the development team.

The interviewer asks Kanou about taking on the role of director, and he says that he felt enormous pressure on the role due to expectations of the players even before he stepped in. His job is mostly to decide how to develop and maintain FGO, and oversee development progress and quality control. Shiokawa adds that Kanou is not handling just the main quests of part 2, but everything that Shiokawa had previously been in charge of.

How the battle system has been improved, with critical star distribution being displayed and being able to return after selecting command cards, after Kanou took over, is brought up by the interviewer, but Shiokawa says that these were changes that had already been confirmed in 2017, taken from player feedback. Kanou says that thinking of improvements such as these is nevertheless his job, but that he also thinks it is important to think of the Type Moon world and lore and how they fit into the game system, and says that they intend on taking steps aside from system improvements to bring the characters closer to players.

When asked about what he considers to be important in doing his job, Kanou answers that it is how contents are brought to players, and he hopes to achieve this by ensuring that the entire development team is aware of the content’s concept while working on it so as to avoid any divergence.

Shiokawa is asked the same question, and he says that his stance remains unchanged from when he was director: He prioritises thinking about how to surprise players. He gives the addition of Asagami Fujino to the Kara no Kyoukai event rerun as an example, and says that he applies this principle to endeavours outside of the game as well, such as with the FGO-themed escape room “Mystery Singularity I: Escape from Baker Street”, or FGO Arcade. 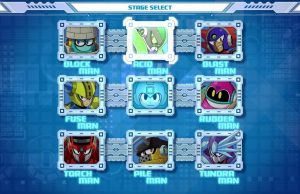 Persona 5: The Royal- May 2019 New Information and Developer Interview