The book purports to be a record of the places and people of the Dark Souls series, and is divided into three sections: “Locations”, “The Living & The Undead”, and “Drifters”. 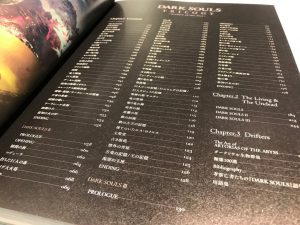 The majority of the book is taken up by the “Locations” chapter, which is 173 pages long. “The Living & The Undead” is 87 pages long, while “Drifters” is 47. 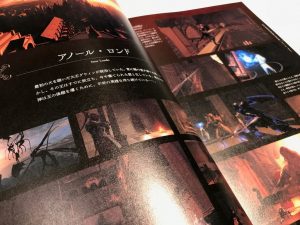 “Locations” is comprised of screenshots of almost all of the locations in the games, as well as short profiles (with screenshots) of bosses and screencaps of cutscenes. 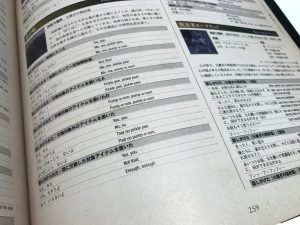 “The Living & The Undead” contains information on all of the NPCs in the games, with profiles, inventories, and most importantly, records of all of their dialogue along with the conditions for seeing them, in both Japanese and English. 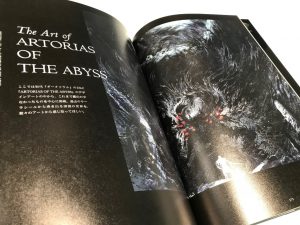 “Drifters” is not really a single chapter, but rather a collection of assorted et cetera. There are 6 pages of concept art from the Dark Souls “Artorias of the Abyss” DLC, 16 pages of screenshots of enemies, 6 pages of screenshots of the camouflage objects the player takes the form of from using the spell Chameleon and the locations they are activated in, a 1 page reference guide listing terms used in the Locations chapter, 12 pages of thoughts and theories on the game’s lore and story compiled by Dengeki’s writers (it should be noted that this section contains a foreword which states that these are based solely on information on the games themselves, and that they did not obtain any additional information from From Software), and a 7 page glossary explaining various key terms and characters. 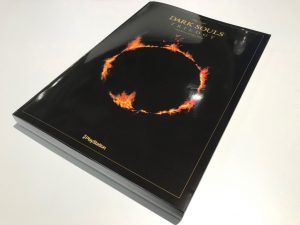 Priced at 4000 yen before tax, Dark Souls Trilogy -Archive of the Fire- does have some interesting tidbits, such as the rarely-seen concept art for Artorias of the Abyss, a visual guide to Chameleon’s camouflage objects, and dialogue for all NPCs with both English and Japanese side by side which would allow for people interested in comparing them to do so easily.

Unfortunately, one cannot deny that, with the majority of the book being comprised of screenshots from the games – A person who purchases this expecting it be an “artbook” would be sorely disappointed at how that no more than six pages of art are contained within – this is clearly far from a must-have item, even for fans. Nevertheless, it does contain some content that would be hard to find compiled elsewhere, and some of the most hardcore fanatics might find value in that. 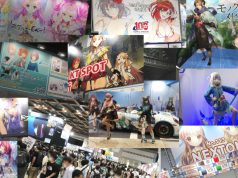