Tokyo Game Show 2018 is being held at Makuhari Messe in Chiba prefecture from 20-23 September 2018. The Global Game Business Summit, which is held on the first day of the event each year, usually had western developers invited over to speak on the state of the gaming industry overseas, but this year, the speakers were Japanese developers whose games were overwhelmingly successful overseas.

The moderator next moved the discussion on to the second topic: Whether there is room for improvement in the development process, or in marketing and promotion.
Tsujimoto says that he researched foreign game studios’ development styles and environments, and also tested some of them out, but came to the conclusion that whether or not they match Japanese methods is an entirely different thing. In any case, an environment where developers can think about and work on the game effectively is of course very important.

As for marketing, Tsujimoto says that the language barrier is the biggest problem, and that it is necessary to have many people who can speak on one’s behalf for a game to even reach players.

Saitou says that Nier: Automata went too well, and has no idea how to improve on it or make hits. Regardless, he thinks that slowly building up, doing what couldn’t be done in previous games, will eventually lead to results.

Yasuda says that development teams are good at making what they like, but sometimes what they like can become a reason the games are hated overseas, and there is a need to handle this: There is a need to gain experience and learn how to balance out what the Japanese developers like and what the foreign audiences hate. He also notes that just copying what foreign audiences like does not turn out well.

The moderator next asked the three about the role of game demos.

Yasuda says that with Nioh, the demo was extremely meaningful in improving the quality of the final game and its ultimate reception. The demo strategy had first surfaced as a possible idea for a less conventional way to promote a new IP worldwide, but turned out to have a better reception overseas than in Japan, and through their experiencing the cycle of feedback being applied to the game, they were also able to make the post-release update cycle smoother as well. To him, there are no demerits to releasing demos.

Saitou says that Nier: Automata’s demo was released too late in the development process for feedback to be applied to the game, and was thus solely a marketing tactic. He says that if the schedule allows for it, however, conducting multiple tests like one would with an online game and making adjustments accordingly would be effective. He also mentions how they actually had some trouble with the release date for the demo: The Japanese side wanted the demo released in December 2016, during the winter vacation period, saying that nobody would play if it were released outside of the holidays. The foreign publishers, however, were completely against this, saying that nobody would be interested due to the concentration of big titles during that period. In the end they went against the publishers’ requests and released the demo in December, to acclaimed reception.

Tsujimoto says that because many of the staff working on Monster Hunter: World did not have experience with worldwide matching, the feedback from the beta tests was crucial for them. Due to the high confidentiality of game development, it is usually hard for them to get varied opinions, and so they tried to get feedback from every chance they had, not just from demos/beta tests but also from tests by overseas publishers and presentations to the hardware companies.

The moderator next showed slides with answers from the survey conducted on foreign players regarding Monster Hunter: World, Nier: Automata, and Nioh specifically, asking what players liked most about each.

With Monster Hunter: World, close to 90% found the game entertaining, and roughly 80% liked the game system/balance and graphics. The characters and user friendliness/interface were the least-liked aspects, at 50% each. On this, Tsujimoto says that he is extremely happy that players liked the game’s system, and would like to find out more about the lower-rated aspects so that they know what to change.

Nier: Automata had near to 90% of the surveyees answering that they found it entertaining and liked the story and characters, and over 80% also liking the game system/balance, music, and creativity of the game. The least popular aspect was the user friendliness/interface at just over 60%. The only other two aspects, graphics and originality/technology, came in at just below 80%. Saitou says that the overall balance he mentioned in his presentation can be seen in the survey results, and that if they make a sequel, they will strive to improve the game in points where there is room for improvement. He also jokes that he is glad that the story was rated higher than the music, so that Yoko (Taro) does not get jealous of Okabe (Keiichi) again. He concludes by again saying, however, that Nier: Automata went too well, and that he has to think very hard about what they can actually do.

Nioh’s survey’s “entertaining” was the only aspect among the three games to go over 90%, and the game system/balance and graphics was at over 80%, with story approaching the 80% line as well. User friendliness/interface however, was the lowest amongst the three, at just over 40%. Yasuda points this out himself, but also notes the high entertainment score, and says that with Nioh 2 they will strive to improve the obvious weak points while working on their strengths. He says that he thinks it would be impossible to get full points on every single aspect, and that they will work on the sequel with the fact that their main target would be hardcore gamers in mind. 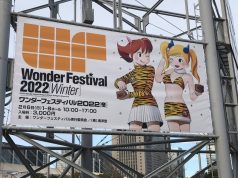