Den-Fami Nico Gamer has published an interview with seven designers and staff involved in Alice Gear Aegis, in which the “mecha girl” trend is discussed.

Participating in the interview are:

The interview begins with the designers being asked about their roots: What drove them to getting involved with the mecha and mecha girl genres.

Shimada says that he wanted to draw both characters and mecha, and that while the “mecha and girl” concept had already been thought up before him, he wanted to do something different, and so made his own interpretation in which mechanical parts are not worn as armour, but as clothes. In the Frame Arms Girl series, however, his designs do have the robot parts being worn as armour, which is in a way a return to the concept’s roots.

Toriyama says that what got him going was Hobby Japan magazine’s reader submission corner, which inspired him with models of girls wearing powered suits or tanks when he was in middle school.

Yanase first got into mecha with the Time Bokan series, then Gundam, and then Five Star Stories. He had originally aimed to get into the robot anime comic magazine Cyber Comics, and so tried to draw both characters and mecha as manga, but felt that his skills at drawing characters was inadequate, and so took to work solely with mecha, joining From Software. However, he later took up work for Konami’s Busou Shinki toy series, in which his design for the Zelnogrard was the first in which he was paid to design a character; This was his first experience as a mecha girl designer.

Ebikawa himself initially had no interest in drawing girls, saying that he would have rather left it to people like Shimada will remaining a consumer. He thus finds working on Alice Gear to be very fun and refreshing.

Shimada and Toriyama say that when they were younger, robot anime did not have female protagonists, and the mecha themselves were typically portrayed as masculine; They wonder if having fun by subverting that status quo by turning the masculine parts into feminine ones may have been what led to the genre. Yanase thinks that it is simpler: That perhaps the top two things that artists wanted to draw were girls and mecha, and that people figured that they might as well do both at the same time.

The interviewer points out how the mecha girl genre has gained more acceptance in recent years, and Shimada attributes this to KanColle. He says that what was important was how the game was not sold as a product of the mecha girl genre, and how the designs were mostly done differently from mecha girls, in a way that they were just regular girls with additional equipment, meaning that fans who were not attracted to the mecha parts could easily remove them.

The interview moves on to ask the Pyramid side about what lead them to creating Alice Gear. Kashiwagi says that many of the company’s staff, himself included, are fond of the genre, and in addition to the Busou Shinki: Battle Masters games, Pyramid had also worked on the PS2 Gunslinger Girl games in 2004, which had a a similar concept of “girls with weapons”. They had been constantly saying that they would like to work on something like that again, but had not gotten the chance. Kashiwagi is also fond of shooting games, and wanted to make one that would be a long-lasting IP, but felt that they would not be able to get there with a regular mecha-centric shooting game, and that for an IP to be popular, it needs faces: Characters. Pyramid on its own would focus too much on “cool”, forgetting about “cute”, and so they decided to team up with someone who could handle both, that someone being Shimada. 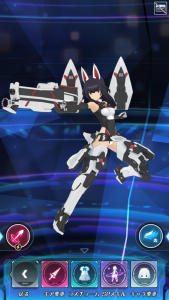 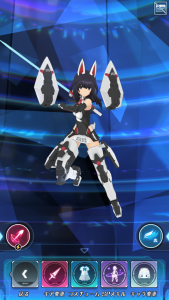 As the first design, she would be the basis for all to come, and so all elements were to be of average size, with her weapons being a very conventional loadout of a rifle and sword; He compares this to being asked to design something like the RX-78-2 Gundam. At this stage, he thought most about her back, as Alice Gear’s nature as a game meant that the player would be viewing characters from behind for most of the time. Adding too many parts would hide the character, which is why he had mecha parts float next to her instead of being directly connected with machinery. He also designed transforming parts in a way that parts would be extended not forwards but to the sides, so that changes in the silhouette would be visible from behind.

Ebikawa chimes in, saying that he remembers vividly how Shimada’s reaction to the base design of character Usamoto Anna was to praise it saying that her bum was still visible from behind, and that this left him an impression on how mecha girl design works. 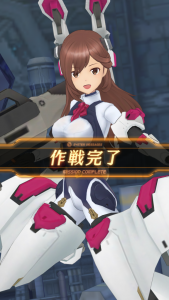 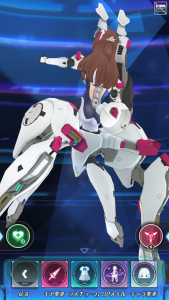 Yanase and Ebikawa are asked about their work on Alice Gear, with it being pointed out that they work more on regular mecha designs, and both say that they look to Shimada for feedback and supervision, with Ebikawa again noting that since this is a genre he had never before worked on, he is enjoying himself greatly. Shimada elaborates on his role, saying that he mostly tries to keep a sense of consistency across the designs, advising on how to keep designs in line with the world, or improve uniformity.

Shimada also says that he himself also gains ideas from the other designers, using his design for character Aikawa Aika as an example. Many designs in Alice Gear have animal motifs, with Momoshina Fumika’s being deer, and Hinata Rin’s being boars. Fumika’s early design, by Yanase, had blade-like tips on the feet, and Rin’s design by Ebikawa had hooves. Shimada thus decided that hooves would be a good shared element for ungulate motif designs, and so he edited his Aika design, which had a sheep motif, to have them as well. 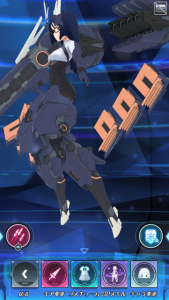 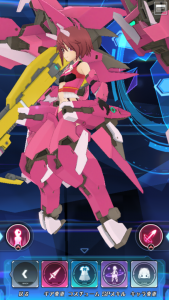 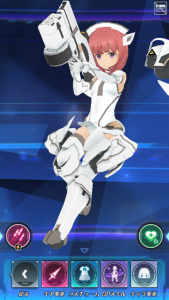 Kashiwagi notes how Alice Gear’s character and mecha models are handled by separate staff, and wonders how it works with model kits. Nouchi says that while it is common for the character and mecha parts to be handled by different people, Kotobukiya does have people who can handle both, such as Asai Masaki (Busou Shinki, Figma, Megami Device), and when such people are in charge they handle both. Toriyama adds that Megami Device has them handled separately.

Shimada says that despite the mecha girl genre being so troublesome, it has yet to result in a mega hit, prompting laughs from the others. He says that it is possible to draw five girls in school uniforms in the time that it would take to draw a single mecha girl, and that despite it taking five times the effort this does not result in five times the pay. He says that this is why, despite it being an old genre, it does not get that many artists. He adds that even with KanColle, the majority of comics are slice-of-life types in which the characters do not have their equipment.

The interviewer asks if there were any design elements that could not be done in the game due to technical limitations, and Muta mentions the vernier thrusters. Ebikawa says that his designs usually have thrusters on the upper body as well, but he only realised much later on that the game only has verniers on the lower body active. Kashiwagi says that they wanted to have the upper verniers work as well, but doing so resulted in performance issues. Muta says however that while they could not manage to get the upper verniers working in regular dashes, he did later quietly make it so that certain SP skills would result in the them firing off as part of the animation.

Shimada also points out how Ichijou Ayaka’s shield’s complex design is achieved not through the application of a texture, but by directly manipulating the 3D model. 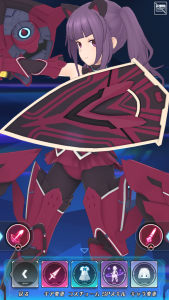 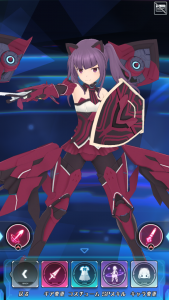 Initially, Shimada was told that the design was too complex for the space on the shield, and he was going to make it simpler, but the person in charge stopped him, saying that it could be achieved through modelling.

Part 2 of the article will be linked here when available