Fans of the Mega Man series- Especially the Mega Man Zero series- Would find Dragon Marked For Death to look very familiar. This is because it is a side-scrolling platformer developed by Inti Creates, which developed the Zero series, with art being handled by the same illustrator, Nakayama Tooru, whose distinctive style cannot be mistaken for any other.

Dragon Marked For Death puts the player in the shoes of one of the two remaining survivors of a clan of people under the protection of an ancient dragon-god that had been massacred by the zealous knights of a nearby kingdom, with the one other survivor having been kidnapped. Vengeance and rescuing the other suvivor are the two simple goals of the player character, but gorgeous 2D visuals and deep worldbuilding make it so that this seemingly simple story is fully enjoyable.

There are four playable characters in DMFD, sold in packs of two when the game is bought as a download, with all four included in the (Japanese) physical purchase. The Empress fights with a sword and arm cannon and can use a grappling hook, the Warrior is a slow, heavy tank who can put up a shield, the Shinobi has more mobility than the other characters, with a double-jump, wall jump, dash and air dash, and glide, and the Witch uses magic. The Empress and Shinobi offer experiences that should be familiar to most players of 2D platformers and especially to those of the Mega Man Zero series, but the Warrior and especially Witch are tuned more for multiplayer, and are where the game starts to show its problems.

At first glance, Dragon Marked For Death seems to be very similar to the Zero series’ platforming action, and indeed it does feature more familiar, conventional gameplay than other recent Inti Creates titles like Azure Strike Gunvolt. It is thus very unfortunate that Dragon Marked For Death does not quite manage to live up to any expectations one may garner from these impressions. While Dragon Marked For Death is indeed an action game, it also throws in multiplayer RPG elements reminiscent of those of Atlus/Vanillaware’s Dragon’s Crown. While this may seem like a good idea on paper, and could be fun if executed well, DMFD does not manage to pull it off at all. The game is balanced solely for multiplayer, and gives no concessions to solo players: Most quests, even at the beginning of the game, are unreasonably hard for a single player to clear, sometimes because of enemies with health pools that assume that four players are beating on them at the same time, and sometimes because of time limits that assume that four players are heading in four different directions to four different goals.

The Warrior and Witch characters are also clearly balanced for multiplayer, and this applies especially to the Witch, who requires the player to memorise and input absurdly long commands in order to cast spells which do not at all offer enough payoff to make it worth it. The Witch of course remains stationary and helpless during these incantations and needs to be protected by team members, making solo play an unfeasible and masochistic mess. Failing to clear quests in single player also results in the player losing everything they obtained except for the paltry amount of experience points from defeating enemies along the way (clearing quests yields a far larger amount) meaning that the approach of trying a tough quest over and over again does not result in it becoming easier over time, at least not to any significant degree.

If one chooses to opt into Nintendo’s paid online service to play DMFD in multiplayer, the experience becomes far more streamlined and entertaining. The Warrior can draw attention and protect other players, the Witch can heal other players and cast powerful spells (though they payoff is still paltry enough to make one feel that they might as well just use the Empress and bash enemies), and synergy between players can even feel exhilarating at times.

This also serves, however, to make the jarring flaws of single player even more apparent, as the game’s balance being clearly made solely for multiplayer is obvious to any observer, and a player who would have preferred playing alone might not be able to help feeling bitter. Multiplayer is not without its flaws either; Even in multiplayer the Warrior and Witch classes are just not as fun to use as the other two, and the shared health bar, depleted whenever a player dies, can be a source of frustration when grouped with the sort of player who uses the Witch yet chooses to run at a boss and engage it in melee, dying multiple times.

The game using the same art style, and thus evoking memories of the Mega Man Zero series is also a double-edged sword: Players of that series might find the characters, and thus experience in Dragon Marked For Death to feel incomplete. The Empress plays like Zero without mobility, and the Shinobi plays like Zero without any good attacks. Someone familiar with the Zero games might wonder if the game would be better off having a single character with both the Empress and Shinobi’s abilities.

Dragon Marked For Death looks and sounds beautiful, with intricate sprites and pixel art and an epic orchestral soundtrack, and has a simple yet engaging story and world. It is thus lamentable that these strengths are unable to outweight the fundamentally flawed gameplay. As these flaws come mostly from the game’s balance, it is entirely possible that a patch in the future might drastically change the experience that it offers, but as it is now, gameplay is quite simply a mess.

The Bad: The game is balanced solely for multiplayer, making solo play a tedious, unfeasible and masochistic mess. Multiplayer is not good enough to justify this, and two of the four characters are clearly less useful than the others.

Conclusion: Dragon Marked For Death has good ideas, but fails to execute them satisfyingly. Thankfully most issues stem from balance, which might be easily patched in the future. 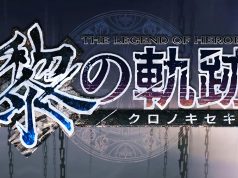 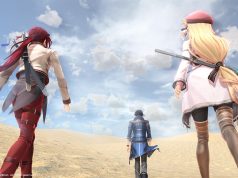 Johann C. K. - January 9, 2021
1
Persona 5 Strikers is a definite must-play for fans of Persona 5, but one should not have excessive expectations for the gameplay.