Super Robot Wars T is the third entry in the robot anime crossover franchise Super Robot Wars’ main series to get an English release (albeit only in Asia), and the first to be released on the Switch.

The premise of mainline Super Robot Wars is simple: A strategy RPG featuring multiple robot anime series in an extravagant crossover that only the likes of Bandai could pull off. While many crossovers are satisfied with simply putting the characters in close proximity, SRW has turned crossovers into an art, with plots of different series intertwining and characters interacting so naturally that people unfamiliar with the source material sometimes get confused with which series they belong to. The games also constantly make changes to the source material’s plots, allowing players to save characters who died in their shows, or redeeming antagonists, or even giving proper endings to series which were unfortunately unable to have their own due to shows being cancelled.

Super Robot Wars T, like X and V before it, is for the most part a standalone game with no significant ties to any previous series. The game takes place in a world in the midst of an age of decline and resignation, where attempts to expand to outer space have failed, and mankind is in an age of turmoil. The protagonist of X is a test pilot employed by a company called VTX Union which is developing a new mech, the Tyranado, as a candidate for the Earth Federation’s next generation of armed forces, and the story follows them as they aid an independent force within the Federation as it takes on terrorist and alien threats.

The series list for Super Robot Wars T is:

Of these series, Beltorchika’s Children, Skull Heart, Steel 7, and The Last Red Shoulder are units-only, with no story elements incorporated into the game.

Gameplay remains mostly unchanged from V and X’s, with the only significant change being the addition of the Supporter system, which gives non-combatant characters powerful unique spirit commands that can be used on any unit (or in some cases, all units), but have a shared SP pool amongst all supporters. Having a massive number of options open to any and all units makes the game significantly easier than usual, but due to the shared SP pool’s limits these resources are extremely limited, and are best saved for emergencies.

While T’s story still suffers from some of the issues with the writing in V and X, namely weak antagonists and a meandering plot that at times seems to take its time in going anywhere, the writing is noticeably better than X’s especially with crossovers between characters; For example, the interactions between G Gundam’s protagonist Domon, who in this game has already ended his quest for revenge, acts as a guiding figure to Nadesico’s Akito and Gun X Sword’s Van, who are both in the midsts of their own, are especially well done, and Mazinger Z Infinity’s Kouji and Tetsuya, Getter Robo Armageddon’s Getter Team, and Char’s Counterattack’s Amuro (also the original “holy trinity” of Super Robot Wars of Mazinger Z, Getter Robo, and Gundam) all being veterans who know each other due to having fought alongside each other in previous conflicts is also great.

Also like with V and X, roughly half of the playable units in the game are reused from previous ones. The new additions, however, are mostly of consistently high quality, with many being absolutely gorgeous (Magic Knight Rayearth’s animations are especially well-animated), and there only being a small number of obvious stinkers (Expelled from Paradise unfortunately gets the short end of the stick).

The game does have a number of issues, however, mostly in the form of how series are handled. Gun X Sword’s Van is treated well, but most of the other characters from the series are little more than peripheral, and the show’s story itself is mostly mangled. G Gundam is missing several significant SRW staples that series fans might have taken for granted. Expelled from Paradise is barely in the game at all, featuring only two units (for both the player and enemy), one stage where enemies are fought, almost no relevance at all to the story, and a baffling zero music tracks in the regular version of the game (an original track based on music from the movie is used, and the Premium Edition includes the ending theme); Even Cowboy Bebop, which has only one playable unit, at least has its theme music included, and has the characters more involved with the story. Additionally, important antagonists from some series suddenly appear out of nowhere, and are immediately defeated with no gravitas, which feels very half-baked.

While Super Robot Wars T may not be the best game in the series, it is a solid entry, and the story includes a lot of unique things not seen in other series entries.

The Bad: Disappointing villains, and some series are handled badly.

Conclusion: Super Robot Wars T has its share of flaws, but is overall a solid Super Robot Wars entry, with a good mix of both “traditionally SRW” and new and refreshing series, and gameplay further refined from previous entries. 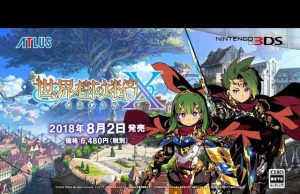