The third Sega Fes, Sega Fes 2019, is being held in Akihabara, Tokyo on the weekend of 30-31 March 2019. An event held by Sega to feature their IPs, SF2019 also included a large exhibition looking back at the history of the Sakura Wars series. Additionally, the new game previously announced in April 2018 was revealed for the first time on stage.

The staff and cast has been announced as follows: 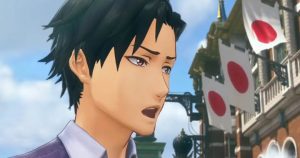 Kamiyama Seijuurou (Voice actor: Azakami Youhei): Age 20. The protagonist of the game and captain of the new Imperial Assault Revue Flower Division. Formerly the captain of a special-service ship in the navy before being transferred to the IAF. 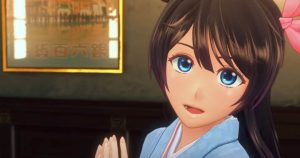 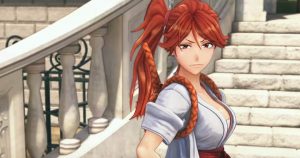 Shinonome Hatsuho (VA: Uchida Maaya): Age 17. The shrine maiden of an old Tokyo shrine, and an “Edokko” who was born and raised in Tokyo’s Shitamachi. Though usually rough in mannerism, she holds the Flower Division together. 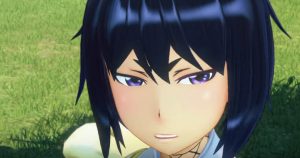 Mochizuki Azami (VA: Yamamura Hibiku): Age 13. The descendant of a ninja clan, and a genius at martial arts, tactics, and the use of weapons despite her young age. Raised strictly since she was a child, she believes strongly in the shinobi village’s “108 rules”. 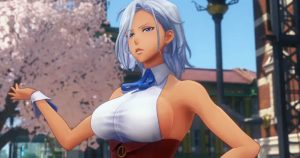 Anastasia Palma (VA: Fukuhara Ayaka): Age 19. A star in European theatres, originally from Greece, who went through many different troupes before arriving at the IAF. Her skills at singing and acting are top-class, and her looks allow her to play both male and female roles in theatre. 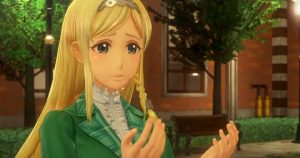 Clarice (VA: Hayami Saori): Age 16. A girl who enjoys reading, and learning about new things through them. Originally from Luxembourg, she is a member of a noble family whose real name is Clarissa Snowflake, and is the inheritor of her family’s magic, which uses books.

The game’s system follows that of previous entries in the series, and is comprised of adventure and battle parts. The adventure parts, unlike the visual novel style of previous games, has the player explore the theatre and Ginza in 3D, though with the same objective of interacting with the various members of the Assault Revue so as to make them stronger in combat. The series’ staple anime cutscenes and minigames will also be returning.

Shin Sakura Taisen will be released for the PS4 in Japan this winter, and Sega Europe has confirmed that the game will be brought to the west in spring 2020.

We are very excited to announce Project Sakura Wars (official name TBA!), the newest entry in the beloved Sakura Wars franchise, is heading to the West for the PS4 in Spring 2020!https://t.co/ZhyjPINcto pic.twitter.com/q9BBrR1aVt

The Sakura Wars Exhibition at Sega Fes 2019 featured panels with history of the series, as well as displays of the actual game packages, CDs, novels, manga, themed consoles, assorted merchandise, and more. Visitors could also play the minigames from Sakura Wars 1-3 on Sakura Wars Dreamcasts.

Frontline Gaming Japan brings you a selection of photographs of the exhibition below: