Famitsu conducted a survey on Fate/Grand Order’s players to commemorate the game’s fourth anniversary, and published the results in the 8/22-29 2019 issue of the magazine.

When players first started playing the game was as follows:

Reasons for why players started playing the game:

Players were also asked what Fate-related work was their first, and they answered:

The five most popular main story chapters are:

The five most popular events are:

The five most popular noble phantasm animations are:

Surveyees were asked which class of servant they would like to summon if they were to participate in a grail war, and the answers were:

Surveyees were asked which servants they would like to see get new costumes, and their answers were:

Surveyees were asked which Type Moon characters they would like to see implemented in FGO, and the answers were:

Surveyees were asked which servants they raised to level 100 using grails, and the top five answers for 5, 4, and 1-3 rarities were:

Finally, surveyees were asked for comments regarding the anniversary or what they would like to see in the future. Some of the answers chosen by Famitsu and published in the magazine included:

Yakuza: Like A Dragon Review – Pushing the series in a bold new direction

Yakuza: Like A Dragon Review – Pushing the series in a...

Johann C. K. - October 13, 2020
0
Yakuza 7: Like A Dragon has flaws in the battle system, but does push the series in a bold new direction while retaining many strengths.

Trails of Cold Steel IV Review – A pinnacle of... 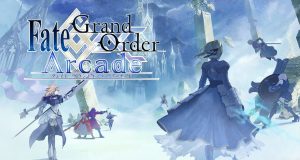