The studio is being led by Niinou Kazuya, formerly of Atlus, Image Epoch and Square Enix, who had previously served as director of Trauma Center: Under the Knife, Etrian Odyssey, 7th Dragon, and both Dragon Quest Builders games. He was also assistant director for Final Fantasy XIV: A Realm Reborn. This is not his first time working with Type-Moon, having been producer of Fate/EXTRA while with Image Epoch.

The studio is currently hiring for four positions- Programmer, art designer, game designer, and project manager- For which they have pages up on their official website, along with details which may shed like on what their future projects will be like.

The studio is going to be a small-scale studio of around 10 members, and they are looking for people who understand Type-Moon works, and either have experience in the gaming industry and wish to experience indies-style development or already are in indie development. 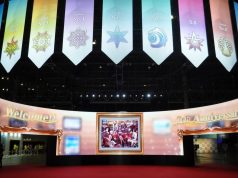