13 Sentinels: Aegis Rim is developer Vanillaware’s first entirely new game since 2013’s Dragon’s Crown, announced for the PS4 and PS Vita at Tokyo Game Show 2015. The first release date given was for 2018, but in late 2018 it was announced that the PS4 release would be delayed, and that the Vita version was cancelled. Despite the development cycle for 13 Sentinels was long and wrought with trouble, the end result is nothing short of magnificent.

13 Sentinels is primarily an adventure game, with players taking control of 13 different protagonists, each with their own unique but intertwining stories, slowly unravelling an intricate science fiction plot involving time travel, conspiracy, and betrayal, all with an apocalypse brought about by gigantic mechanical monsters of unknown origin looming ahead.

Little can be said about the game’s story without spoiling it, but time travel between five time periods (the 1940s, 1980s, 2020s, 2060s, and 2100s) is frequently carried out by protagonists and other characters, and the involvement of androids who look perfectly human, false memories, and other factors make for thirteen deeply interesting stories which all come together perfectly at the end. The main locale of the game is 1984, however, and the influence of many movies and shows from the 80’s, ranging from Hollywood blockbusters like E.T. and Terminator to Japanese direct to video anime series like Megazone 23 can be seen throughout.

Gameplay in the adventure sections mostly consists entirely of the player being tossed into a hub and being left to explore and find ways to advance the plot, typically by learning of keywords and using them on other characters. This is a simple but effective way of conveying the story, greatly helped by Vanillaware’s usual gorgeous 2D graphics making the game look like a painting in motion.

While the non-linear nature of the story might be initially confusing, the game comes prepared for this, with a glossary of keywords explaining precisely what happened that is updated as the story goes on, and a list of all events placed in chronological order that can be used as reference and also allows the player to go back and replay any previous story sequence, which also has the added functionality of sorting events by character so that the player can follow a specific character’s story. This makes the story extremely easy to follow in the end.

Outside of the adventure parts is battles against the mechanical invaders in the form of semi-realtime strategy sequences. The player takes control of a team of up to six of the thirteen titular sentinels, giant robots made to fight the monsters, each piloted by one of the thirteen protagonists (who each have their own unique abilities) and belonging to one of four “generations”, effectively a character class: The first generation model sentinels specialise in melee combat, the second generation models are all-rounders that can summon support units, the third generation models are long-ranged specialists, and the fourth generation models can fly and use special high-tech equipment like shields and lasers.

Players use the sentinels to defend a specific point on each map from wave after wave of enemies, a simple enough premise. Also simple are the graphics, which portray both allies and enemies as simple icons. While this may give one the initial impression that the battles are a simple minigame or distraction from the story sequences, it soon becomes apparent that the strategy parts of the game have a massive amount of depth, with the difficulty level constantly rising with the introduction of new enemies with new abilities that the player has to adapt to, and increasingly bigger numbers of enemies filling the maps.

Though most stages have two minute countdown timers, meaning that they last only up to two minutes in realtime, time is paused when the player is in a menu making decisions on what to do, and the end result is that most stages in the late game can take as long as 15-30 minutes to clear. While the simple graphics may not look like much at first, they allow the game to do things like fill the area with thousands of enemies, and also allows for things like the third generation sentinels’ missile rain weapon which true to its name makes it rain missiles on a third of the entire map, which would probably not have been possible if more elaborate graphics had been used.

While the strategy parts may not be much to look at, the satisfaction to be gained from getting higher ranks or fulfilling optional conditions on the later and tougher stages is stunningly addictive, as is pulling off massive combos with missiles, taking out bosses with a single attack, or lining up a perfect railgun shot.

Each sentinel also has its own lineup of weapons and abilities to be purchased and upgraded, allowing for the player to assemble a team that matches their playstyle. Additional stages are also unlocked after the game is cleared, perfect for players who enjoy the strategy sequences.

The game, while superb, does have a small number of flaws. Some characters have clearly less interesting stories compared to others, and some adventure parts have unclear progression triggers (some of which have are time-based, and some of which require returning to place previously explored) which may result in the player having to wander around for some time before figuring it out.

While 13 Sentinels does have a fantastic strategy section to it, the fact does remain that the overwhelming majority of the 20+ hours of gameplay is spent in the adventure sequences, and thus it is best thought of as an adventure game or visual novel that just happens to have additional strategy sequences; players with short attention spans who get restless when there are long spans with no action would be better off avoiding the game. Anyone who is even passingly interested in science fiction, 80’s pop culture, or good stories in general, however, are likely to find an incredible treat like no other in the game.

The Bad: Some story progression triggers can be unclear, and the game being mostly story sequences means that players with short attention spans might get bored easily.

Conclusion: 13 Sentinels: Aegis Rim is a story-centric game first and foremost, and best thought of as a visual novel that just happens to have additional strategy sequences. Players who can accept this, however, may find it to be an exhilaratingly wondrous experience unlike any other. 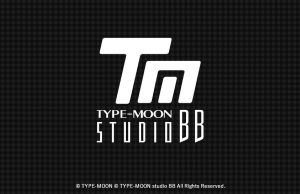 Frontline Gaming Japan - September 3, 2019
0
Type Moon Studio BB is currently hiring, and the recruitment pages have details which may shed light on what their future projects will be like.

Famitsu Publishes Ranking for Best Games of the Heisei Era