This review was written based on the Japanese release of the game, and may not reflect changes made to other versions.

Atlus’ Persona games hardly needs any introductions by this point: Ever since Persona 3 became a runaway hit, the series has become more and more famous, to the point that it is now one of the biggest RPG franchises at over 11 million copies sold as of 2019, eclipsing its progenitor series Megami Tensei. It is thus unsurprising that the franchise’s first foray into a new genre with Persona 5 Scramble: The Phantom Strikers (P5S) would draw a lot of attention.

P5S is not the Persona series’ first attempt at other genres: The Persona Q games were an Etrian Odyssey style first-person dungeon crawler, Persona 4 Arena was a fighting game developed by Arc System Works of Guilty Gear and Blazblue fame, and there were no fewer than three rhythm games released as well. It is, however, the series’ first attempt at an action RPG, and like with how the development of the fighting games was done in collaboration with a studio with expertise in working on the genre, the development of P5S was done with Omega Force (ω-Force) of Koei Tecmo Games, best known for their work on the Dynasty Warriors games.

P5S is a spinoff and direct sequel to Persona 5, taking place during the summer immediately after the conclusion of P5. Protagonist Joker returns to Tokyo for the summer holidays, only for him and the other Phantom Thieves to get embroiled in a conspiracy making use of cognitive pscience, which sends them on a journey across all of Japan.

The music in the game does not pale in comparison to that of Persona 5’s, and the visuals are arguably better. The menu UI, animated in 3D, is especially a sight to behold.

Gameplay is drastically different from traditional Persona games: While each section of the story does give the player a small hub to work with, the building up of stats, talking to confidants, and participating in other activities prevalent in Persona 3-5 are completely gone. Outside of story sequences and the occasional sidequest, exploring towns gives the player access to stores (many selling unique items not found in other towns) and little else. The persona combination system also returns, with Joker still being able to switch his persona on the fly in battle.

The biggest changes, however, are found in the battle system, which is now action-based. When a player comes into contact with an enemy in a dungeon, an encounter is spawned seamlessly on the field, and a battle begins. The action is mostly conventional, with light and heavy attacks and the ability to jump and dodge. All four members of the player’s party are present during battles, and while the player only has direct control over one character at a time, one can switch to any other member at any time. Holding the L1 button allows the player to use their gun attacks, and holding the R1 button summons their character’s persona, which opens up a skill menu and freezes time. Additionally, each character has a completely unique move list, and using a character unlocks their Master Arts, which are even more unique combat abilities and moves.

The game’s story is surprisingly satisfying, following the Phantom Thieves on their road trip across the entire country in an RV. Each new city gives the player access to a hub that satisfactorily represents the locale, such as Odori Park and Susukino in Sapporo or Dotonbori and Shinsekai in Osaka, and while there might not be much to actually do in these areas, being able to explore them contributes to the road trip aspect of the game.

New characters Sophia and Hasegawa Zenkichi are also welcome additions to the cast. Zenkichi, especially, as an adult, police officer and father, serves as a completely different kind of character from the existing cast, and his reactions to the supernatural and his chemistry with the Phantom Thieves are delightful. Sophia’s character, on the hand, might occasionally feel like the writers retreading familiar ground, but she does remain likeable and endearing throughout.

One unfortunate issue with the story, though not truly a problem, is how it exists as a sequel to Persona 5, and not its updated version, Persona 5 Royal. As such, there are no references at all to the characters and events introduced in Royal, and worse, P5S even retreads some ground with themes that Royal also covered with its new content.

The gameplay, too, comes with its fair share of issues, mainly revolving around the battle system.

The sheer number of enemies in some encounters can make it hard for the player to keep track of what is going on, leading to them being taken off-guard by powerful attacks that they did not notice, which makes relying on melee attacks in such cases unfeasible: It becomes far more effective to just use Persona skills.

Boss battles typically have less enemies, but as bosses have far more health, melee attacks are again unfeasible, with it being better to just use Persona skills to attack them with their weaknesses in order to trigger all-out attacks (every single story boss in the game has at least one weakness).

The end result is that the action system, with its unique moves and systems for characters, is mostly redundant in practice: Much like Persona 5, the player mostly aims to one-sidedly wipe enemies out with their weaknesses. Additionally, because the game is realtime and not turn-based, the player can do this non-stop without giving the enemy time to move at all. The only limit to this is the player’s stock of SP, but P5S allows the player to buy ingredients to create healing items, including ones that restore SP, and the player will almost always have an abundant supply of these. Turning up the difficulty does nothing to change this; as the enemies are unable to move, the only noticeable change in higher difficulty levels is increased HP for enemies, which only serves to make battles more annoying.

Persona combination is simplified, with there being less personae and skills available, and the ability to simply choose the persona you want to combine removed in place of choosing from the end result. Additionally, personae gaining levels mostly through purchases via Persona Points (PP) results in many of the endgame personae requiring exorbitant amounts of grinding, due to the arbitrary level requirements for the personae used to make them. This addition of a second form of currency also makes the grinding process more tedious than it should be, as it means that a player ends up grinding for money, and then using that money to purchase and sell personae over and over again to get the needed PP.

Worst of all is how, after grinding to get these endgame personae, there is almost nothing to use them on: The game is sorely lacking in endgame content, and the new difficulty mode added in new game plus is not much of a challenge for a player who has unlocked it.

Most story sequences consisting of a single city and the dungeon associated with it lasts 5-7 hours on the first playthrough, and due to the formulaic format of the dungeons and lack of things to do outside of them, they can start to become quite tiresome, especially due to the battles and persona combination being not particularly engaging. Thankfully the game does throw a wrench into the works midway through, and the pace does pick up a bit, but the first two or three cities can feel very tedious.

The simulation aspects of Persona 3-5 are frequently criticised for their contribution to the games’ bloat, but while the complete removal of them does succeed in shaving away a large amount of playtime- This reviewer took 45 hours (less than half the time for a playthrough of Persona 5) to clear the main story, all sidequests and postgame content, and fuse all personae available on the first playthrough on normal difficulty- It is arguable whether or not this makes for a better experience.

Persona 5 Scramble: The Phantom Strikers is an ambitious title, but one cannot help but shake the feeling that it is trying to be too many things at once, which results in it being a master at none. The RPG and action elements of the battle system undermine each other, resulting in a game that is either difficult or unbelievably easy depending on how you play it. The story and characters, however, make for a fulfilling sequel to Persona 5, and the presentation is as always top-notch.

The Good: Story-wise, the game is a great sequel to Persona 5, and the addition of an adult member to the cast is refreshing, interesting, and even hilarious at times.

The Bad: The action gameplay suffers from severe balance issues, with the player being able to trivialise every single battle in the game with spells and SP-restoring curry.

Conclusion: Persona 5 Scramble: The Phantom Strikers is a definite must-play for fans of Persona 5’s story and characters. One should not, however, have excessive expectations for the gameplay. 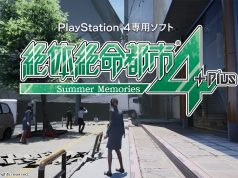 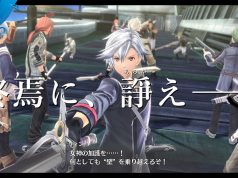 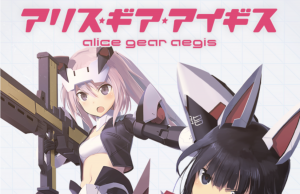