Since its release in 1997, Final Fantasy VII has gone down in history as one of the most famous RPGs of all time. The original English release, however, was far from perfect, having been wrought with mistranslations and other similar language-related oddities.

Frontline Gaming Japan takes a look at seven of these in this article. 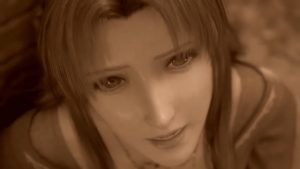 Not a mistranslation, but an easter egg not immediately apparent to English-speaking players: Aerith’s birth mother Ifalna’s name when written in Japanese is “Ifaruna”, an anagram of “Fainaru”, or “Final”, a reference to the game series’ title.

Similarly, Professor Gast’s name, “Gasuto” in Japanese, is actually supposed to be “Gusto“, derived from the name of the Japanese family restaurant chain. This is hammered in by how his last name, “Faremisu”, is an anagram of “Famiresu“, the Japanese abbreviation of “family restaurant”. 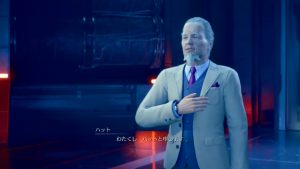 Mayor Domino retains the same name as his Japanese version counterpart, but his assistant Hart is in Japanese named “Hatto”, or “Hut”. Given how Midgar is constantly referred to (primarily by Barret) as a pizza, the connection should be obvious.

This is a mistranslation: With FFVII’s constant references to Norse mythology, it should not be surprising that this is one as well. The monster’s name, written in katakana as “Midogaruzuorumu”, is supposed to be Midgardsormr, meaning “Midgard Serpent”, another name for the world-serpent Jormungand.

This seems to have been a name change based on the original Japanese version’s name, “Ribāsu Sefirosu”, with the translator interpreting “Ribāsu” as “Reverse” and changing the name based on that.

However, given how the boss theme is entitled in Japanese as “Birth of a God” (“Kami no Tanjō”) and how Final Fantasy Record Keeper refers to him as “The Reborn Fallen Hero”, it is apparent that the name was supposed to be Rebirth Sephiroth, or if one corrects the English grammar on the name, Reborn Sephiroth.

Safer Sephiroth’s name has been the subject of a lot of discussion by fans over the 23 years since the game’s release, with many suggesting that it might have been a mistranslation of “Savior Sephiroth”, or “Seraph Sephiroth”. While the design of the boss does seem to be based on the descriptions of seraphs found in the bible, however, both of these are clearly incorrect when one looks at the original Japanese name: When rendered in katakana, “Savior” and “Seraph” are nothing at all like what the name actually is.

When someone who understands Japanese and knows of the origins of Sephiroth’s name takes a look, it becomes very clear that the name, written as “Sēfa Sefirosu” in Japanese, is in fact supposed to be Sepher Sephiroth, meaning “The Book of Numbers”, referring to the fourth book of the Hebrew bible in which the Israelites head towards the Promised Land. The title was also used by occultist Aleister Crowley in his writings.

The “W” series of materia left many English-speaking players puzzled back in the day, and is the perfect example of why localization is necessary: The names are translated perfectly, but fail to take into consideration cultural differences.  The explanation behind their names is very simple: In Japan, the Roman letter W is very commonly used to mean “double”.

Did a particular translation error in the original Final Fantasy VII stand out to you? Is one of them still perplexing to you? Let us know in the comments below!

[Review] Made in Abyss: Binary Star Falling into Darkness – Something...