Sega’s acclaimed Ryuu ga Gotoku studio earned its fame by working on the games its studio is named for (known as the Yakuza series in the west), and though the English title does away with the number, in Japan, Yakuza: Like A Dragon is known as Ryuu ga Gotoku 7, making it the seventh numbered title in the series.

(To differentiate between previous titles, the game is referred to as Yakuza 7 in this article)

The reasoning behind the western release doing away with the number is immediately apparent: 7 is a soft reboot of the series, which is extremely bold in its changes to the classic formula which served for six numbered titles and multiple spinoffs.

Two controversial changes in Yakuza 7 stand out in particular. First, the game does away with series protagonist Kiryu Kazuma, replacing him with new character Ichiban Kasuga. Though abandoned at birth and raised in a brothel, Kasuga tends to approach life in a happy-go-lucky, and despite the story of the game, is overall noticeably a far more cheerful and “fun” character than the stoic Kiryu, who almost always played the straight man. This change is understandable, however, due to how Kiryu’s story was given what seemed to be a definitive ending in Yakuza 6.

The second controversial change is in the genre, turning the formerly action-based battles into turn-based RPG battles. While the series did incorporate RPG elements into its system from the beginning, with the player levelling up and learning new abilities, and using items to heal in battle, the battles were still very much action-based brawlers, and 7’s shift to a completely turn-based system left series fans confused, with many thinking that the initial reveal was an April Fool’s joke. While the change does make the game more accessible to new players, and it is highly questionable if the game in itself is improved by the change.

Yakuza 7 follows new protagonist Kasuga Ichiban, a member of the yakuza, who is released from prison after 18 years following the gang’s boss, whom he adores as a father figure, asking him to take the fall for another member of his gang. Despite him expecting to be welcomed back into the family, however, nobody comes to see him on the day of his release, and when he confronts his former boss to find out what is going on, he is given no answers and is shot in return.

When he wakes up, he finds himself in Yokohama without a penny (or rather yen) to his name, but with a mysterious fake bank note in his pocket, perfectly forged on one side but blank on the other. Restarting life as a hobo, his actions to rise up from the bottom of society, and the people he meets along the way start to entwine and lead him toward signs of a huge conspiracy involving the bank note and his family.

The majority of the games takes place in Yokohama’s Isezaki Ijincho, an entirely new town not seen in previous games, but later in the game the player gets the chance to go back to more familiar locales from the series.

Compared to Kamurocho, Isezaki is very large (roughly three times the size) and has far more variety, with both ghetto-like areas, red-light districts, extremely posh areas, and a Chinatown to name a few. The town is of course populated with countless sidequests and mini events just like previous games, and outside of battle the game does feel exactly like one in the series. Players can play games like Virtua Fighter, Outrun, and Space Harrier in arcades, compete with hobos at collecting empty cans on a race track, go kart racing, run a company, gamble, and more.

Unfortunately, the areas from previous games are far more sparsely populated compared to Isezaki, but being able to explore them at all is still a welcome addition.

Battles are surprisingly good: Despite the shift to turn-based RPG combat, battles manage to, for the most part, retain the fast-paced action feel of the series, and ending a battle as soon as its begins by hitting multiple enemies with an AOE attack is oddly satisfying. The system is mostly very orthodox, with elemental weaknesses, items, and a job class system that gives characters different skills, stats and equipment types.

Unfortunately, while the battle system might generally be good, it is hard to call it an improvement over previous games, mostly due to a large number of problems with it. Though there are AOE attacks in the game, which target enemies within a certain area, there is no way of controlling movement at all: Characters, both allied and enemy, constantly move randomly around the battlefield, and if the player wants to hit two (or more) particular enemies with a single attack they might sometimes have to sit and wait until they move close to each other.

Worse, there is also bad pathfinding in battles. When the player selects an attack, the character runs up to the target and executes it, but in maps with obstacles it is not uncommon for the character to take a long and ridiculous route to the enemy, or in worse cases to run into an obstacle and get caught on it for a period of time before suddenly teleporting somewhere else. When combined with the AOE attacks, this means that the player might have managed to target enemies close together, but the bad pathfinding meant that they had time to wander apart.

The job system is also badly implemented. While every character has access to a large number of classes, there are very clear winners and losers when it comes to the classes, and the vast majority feel simply redundant: There seems to be no point to using them at all, as they do not make use of the character’s strengths or do not have good skills.

Worse, in many cases it is clear that the best job for the character is their unique default one, meaning that they will barely, if ever, see time in a different job. Furthermore, each job uses completely different equipment, even though equipment and upgrades to equipment are extremely expensive, which also goes towards discouraging class changes: The player spends a large amount of the game strapped for money, until the company management minigame is unlocked.

There are also severe balance issues with the game near to the end, where the difficulty level starts to rise suddenly and exponentially, and grinding becomes necessary.

While players who did not feel like doing side quests could probably still get through the main story of previous games by using items, battles being turn-based make this impossible, as using items takes up turns. Additionally, if the player’s levels are not high enough, some bosses can simply wipe out the entire party with a single attack.

Many bosses may take up a turn preparing a large attack, which should give the player time to prepare to guard against it, but there are many cases where the boss gets to move multiple times in succession, using such moves instantly, seemingly defeating the entire purpose.

An underground dungeon for the explicit purpose of grinding is unlocked midway through the game, allowing the player to level up at will and collect rare items and upgrade materials. This writer found this dungeon to be the absolute worst part of the game. The dungeon consists of nothing but identical-looking concrete corridors and rooms and encounters with similar enemies, and even the satisfaction of defeating large numbers of enemies in a single move wears thin when repeated too many times.

Yakuza 7’s general plot is mostly conventional for one in the series. It begins by drawing parallels to the first game’s, with the main character taking the fall for a murder he did not commit and a timeskip to his release, and how he starts to unravel a massive conspiracy reaching the highest echelons. The way it is presented, however, is completely different.

Kasuga’s personality is only one contributing factor to the different feel of the story: The nature of the game being a turn-based RPG with party members of course means that there are other party members constantly with Kasuga. While Kiryu (and other characters who were playable in later games) mostly wandered around alone, Kasuga is almost always with a group of characters, who are themselves of course involved in the story.

The party members, especially the ones who join early in the game, contribute greatly to the story and the game’s feel, with the early parts being mostly three older men bumbling around, which is something never seen before in the series, and is extremely fun.
The story does however have its flaws, where it falls into the same traps as previous games. While countless twists and revelations does serve to make the story entertaining, there are a few too many, some bordering on being ridiculous, and some even feel like they are adverse to the themes of the story.

Though the DLC in previous games had mostly been best described as “unintrusive”, 7 has a very egregious instance of it, where new game plus is only available as part of a paid DLC pack.

Though it may have problems, mainly stemming from the battle sytem, Yakuza: Like A Dragon is a solid entry in the Yakuza series, with a fantastic cast of characters, great story, and a thriving town that is a thrill to explore. Thankfully, the flaws in the battle system are problematic but not game-breaking, and hopefully a sequel might iron them out completely.

Its being a soft reboot also makes it a great starting point for new players, especially those who might have been averse to the previous games’ action gameplay. Older fans can still enjoy the game, which also has returning characters and references to events in previous instalments for their enjoyment, but they might be disappointed with the battle sytem.

The Good: The game manages to excel at the series’ strengths, delivering fantastic characters, an engaging story, and one of the series’ best towns. Its being a soft reboot means that new players can jump in easily, and there are also old characters and references to past events for series fans.

The Bad: The revamped turn-based battle system is highly flawed, and while it might be more accessible to people who dislike to action games, series fans who enjoyed the battle systems in previous games will very likely be discontent with it.

Conclusion: Despite flaws in the battle system, Yakuza: Like A Dragon is a fantastic entry in the series, that pushes the series in a bold new direction while still retaining its strengths.

Worldwide releases for Yakuza: Like A Dragon have been announced for the Playstation 4, Windows, Xbox One, and Xbox Series X, but no release dates have been revealed yet.

What do you think of the series’ new direction? Let us know in the comments below! 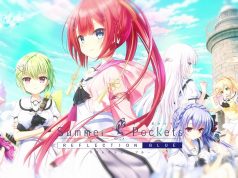 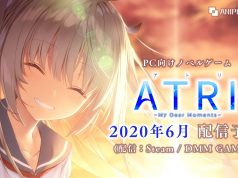 Frontline Gaming Japan - July 30, 2020
0
The results for the Fate/Grand Order fifth anniversary survey have been published, showing the most popular chapters, servants, and more.