Dark Souls III hit 10 million units in worldwide sales in 2020, putting the entire series at over 27 million units sold, making it one of the better-selling game series of all time. The English versions of the game, however, have translation jobs that are far from perfect, being filled with all manner of mistranslations and odd localisation choices.

Frontline Gaming Japan takes a look at ten of these in this article.

This article contains spoilers for the Dark Souls series (Dark Souls 1, 2 and 3) 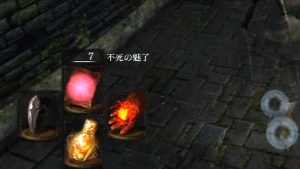 This spell which makes an enemy ally with the user and attack other enemies, known as “Undead Rapport” in Dark Souls 1 and simply “Rapport” in Dark Souls 3, the word that was mistranslated to “Rapport” is in fact charm (魅了), is a word commonly used for the status effect in RPGs which causes a character to turn on their own allies to protect the caster. The player is using the spell to bend enemies to their will, not building relationships with them.

This spell, which fires homing projectiles, was originally correctly translated to “Pursuers” (追う者たち) in Dark Souls 1 before being changed to “Affinity” in Dark Souls 2 and 3. One can presume that this was to prevent confusion with the boss known as The Pursuer in 2, but there seems to be little correlation between the spell’s new name and its original one, or its effect, and changing the existing name of a spell to accommodate a different change to another name seems counterintuitive. 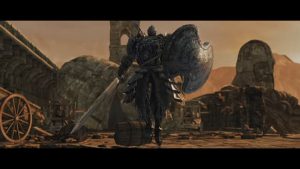 Unsurprisingly, given how there is a spell originally called “Pursuers” in all three games, the Pursuer’s name was actually different in Japanese as well, originally being The Curse-Binded One (呪縛者). Oddly enough, in the English version of Dark Souls 3 the shield used by the boss reappears with the name Curseward Greatshield, which references its original Japanese name.

This spell which stops the casting of other spells, found in Dark Souls 2, is simply Deep Silence (深い沈黙) in Japanese, with “silence” being the exact same word that is commonly used in RPGs for the status effect which prevents characters from casting magic. 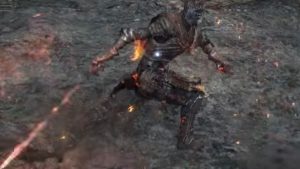 A strange localization choice: While many series fans speculated over the meaning of the name of this boss, in Japanese it is simply known as the Avatar of Lords (王たちの化身), and is described as an avatar of all the previous lords who linked the flame. 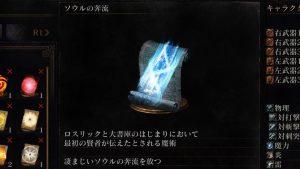 Though Dark Souls 3’s Soul Stream (ソウルの奔流) is technically an accurate translation, it is inconsistent with Dark Souls 2, where the same spell’s name was instead translated to Soul Geyser. It might have been a case of the translations being fixed, but that would contradict how Rapport and Affinity’s names remained unchanged in 3. The name being changed also distances it from association with 2, which might be important to fans speculating about who “the first of the scholars” is.

In Japanese, the three kinds of physical damage are slashing/cutting (斬撃), piercing/stabbing (刺突), and blunt (打撃): In the English versions of the games, these are known as Slash, Thrust, and Strike. While slash is fairly obvious, and thrust is somewhat accurate, “strike” as a translation for “blunt” is quite inappropriate; while it could be a fitting translation on its own in a different context (打撃 is frequently used to refer to strikes in a military, tactical context), the same cannot be said when it is being contrasted with the other two in this context. 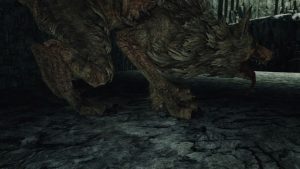 One of the most perplexing boss names in the series comes from Dark Souls 2’s Royal Rat Authority. In Japanese, however, its name is extremely straightforward, being The Rat King’s Test (ネズミの王の試練). Given how the player is given an audience with the Rat King immediately after defeating this boss, it seems fairly obvious that the boss is in fact a test from the Rat King to see if the player is worthy. Similarly, the Royal Rat Vanguard is in Japanese “The Rat King’s Vanguard” (ネズミの王の尖兵).

Found in Dark Souls 2, in Japanese, this boss is known as the Executor of Exile (流罪の執行者): It is responsible for exiling people who have been sentenced to exile. The similarity between “exile” and “flexile” makes one wonder if this was the result of a bad spellcheck, typo, or a combination of both.

Loss of the Annals 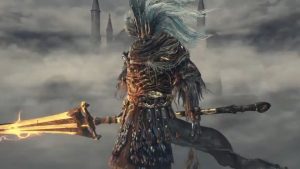 Dark Souls 1 has a ring in which the character who would later appear in Dark Souls 3 as the Nameless King is mentioned, and it is stated that “his foolishness led to a loss of the annals, and rescinding of his deific status”. This makes it sound like the Nameless King foolishly lost some history books, which led him to being stripped of his position, but this is in fact bad wording, if not a mistranslation: In Japanese, the flavour text of the ring reads “his foolish acts led to him being exiled from the gods and expunged from all records”. He did not lose the annals, but was lost from them. This is also consistent with the lore revealed in Dark Souls 3, where his foolish acts are detailed, and they do not involve him losing any annals.

Did you ever find particular parts of Dark Souls’ lore or story hard to understand, and suspect that it might be due to the translation? Let us know in the comments below!