Summer Pockets: Reflection Blue is an upgraded version of Key’s acclaimed 2018 hit, Summer Pockets. Releases such as this are quite common in Japan, and in the case of Key, the best comparison can be drawn with the original PC version of Little Busters released in 2007, and the later versions (all the same thing relabelled when released on different platforms) which added three new routes, one of which featured an entirely new character.

The majority of the game remains identical to the original release, and more details on elements found in the base game can be found in Frontline Gaming Japan’s review of it. This review thus mainly covers the changes made in this version.

The routes added for Miki and Shizuku both involve the game’s overall theme of relationships between parents and children, as well as supernatural elements, and expands on the game’s strength of having large numbers of characters involved with the story.

Umi’s route is noticeably shorter than others, and unlike Miki and Shizuku does not include new events in the common route portion of the game, unlocking instead as a choice that becomes available when the player would otherwise be on the way to the bad ending, and only before the player clears any of the main routes. It does however give more insight into her character as it is at the start of the game, and expands on her relationship with her father. This route also touches on the issues which brought protagonist Hairi to the island in the first place.

New heroine Kamiyama Shiki, who was featured heavily in materials promoting the game and on the cover, gets new scenes in the prologue and events in the common route in addition to her own route, which focuses mainly on supernatural elements and the history of the island, and also a theme which ties in to the true ending of the game.

All of the new routes are well-written and fit in with the game perfectly. Some new common route events also include flags which change pre-existing events, such as making it so that Hairi is already acquainted with Shizuku when other characters mention her for the first time, when there was no way for him to be so in the original.

The table tennis minigame now has a new mode added where the player can play singles matches against almost every character who has graphics in the game, and then partner up with any character they defeated this way in a doubles tournament. While the base gameplay is identical to how the minigame worked in the original version, each character has their own special move with special effects, such as inflicting status effects like poison, charm or paralysis on the opponent, firing multiple balls in rapid succession, or even summoning animals to directly attack the opponent.

Clearing the tournament does unlock an additional new short “joke” ending, but the journey matters more than the goal, with each partner the player can choose having unique dialogue after winning each round and even when losing. It is thus unfortunate that the game can get quite tedious when the player only wants to see the dialogue: Matches last very long, and with 11 different partners, this means that it would take a massive amount of time for a player to see all of the unique dialogue. Additionally, there is no way to forfeit a match or retry, so even seeing the losing dialogue takes time, and if the player wants to retry a match that is going badly, the only way to do so is to quit the game entirely and restart it and load a previous save.

An exhibition to commemorate the release of Reflection Blue was held in Gee!Store Akiba in Akihabara, Tokyo from 6/13 to 7/5 2020

While the game is generally improved over the original in most ways, there are two new parts which might bother fans. One is the way that the characters songs are used, which can feel out of place, especially in Kamome’s case. The other, which is more important, is the way the true ending is changed: While some might welcome the new epilogue, the way it is executed lacks explanation and feels very much like a deus ex machina; fans of Key could draw parallels to the true ending of Clannad. This is especially disappointing when one considers how the original ending lacked explanation in some aspects (involving Umi’s grandmother) to begin with, and this would have been the perfect chance to redo it as well as pull off the new epilogue.

Also, despite the exposure given to Shiki in pre-release material, she does not get much attention at all outside of her route. While one could interpret this as the creators not wanting to go overboard on changing existing routes, the fact remains that the true ending was changed. Additionally, just as how Kamome appears in Shizuku’s route, one might feel that they could have found a way to include her in the new routes.

Though the new elements introduced in Summer Pockets: Reflection Blue may have their own flaws, overall they do improve the game to some degree. That being said, the changes are not altogether that significant, and it seems apparent that most players of the original might find purchasing it at full price to be worth it; one cannot help that the four new routes and table tennis mode might have been better off released as a standalone spinoff.

The Good: Compelling and moving narrative, fun characters, magnificent soundtrack and voice acting. The new content fits in perfectly and does improve the game overall.

The Bad: Most fans of the original might find that the changes are also not enough to justify a purchase at full price.

Conclusion: Summer Pockets was the best full Key game since Little Busters, and Reflection Blue improves on it. Unfortunately, the game does still remain one step short of Key’s best.

This review was written based on the Japanese PC release of the game, and may not reflect changes made to other versions. 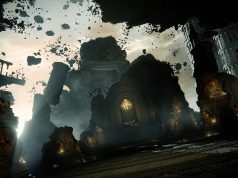