Ys, alongside The Legend of Heroes, is one of Nihon Falcom’s two long-running flagship series, and Ys IX: Monstrum Nox is its latest entry. The Ys series follows the travels of an adventurer named Adol Christin as he wanders the world and inexplicably gets entangled with cases of cataclysmic events involving ancient gods or technology that he has to stop, and IX is no different.

Ys IX begins with Adol and his partner Dogi arriving in Balduq, the capital of a country that was conquered by the Romun empire eight years ago and turned into a vassal, and now known as a “prison city” for how the massive fortress at its heart has been converted into a prison. They are stopped at the gates, however, and Adol is arrested and taken away to be questioned about his involvement with the events of previous games (such as the sinking of an entire fleet of Romun warships in VI). He soon escapes, but in the process is accosted by a mysterious woman who shoots him with a magic bullet that turns him into a “Monstrum”: A person with superpowers and the ability to transform into another form.

Adol and the five other Monstrum, are cursed with being unable to leave Balduq city, and are regularly summoned to the “Grimwald Nox”, an otherworldly plane where they are made to fight strange monsters. Now stuck in Balduq as a fugitive, Adol regroups with Dogi and goes into hiding in the city, fighting monsters, learning more about the other Monstrum and their true identities, and uncovering the secrets of the city and its prison.

Ys IX takes place entirely in Balduq city and its outskirts, and as a result the city is far larger than those usually seen in Ys games, or Falcom games in general. Balduq city proper is a semi open world, with all outdoor locations inside being one single, massive map, and the draw distance is far enough for one to be able to see the entirety of the city if in the right location, though there are a few issues with finer details such as trees popping in and out in some cases. The areas outside the city on the other hand are separated into zones, the way areas were in Memories of Celceta and Ys VIII, but many of these are still significantly larger than they were in those games.

It should be noted that the size of the city does not result in needless backtracking: Most of the city’s functions, such as purchasing items, are aggregated in the player’s hideout, and the quick travel function prevalent in contemporary Falcom games is of course present.

When it comes to battles, Ys IX uses the same combat system as VIII: The player gets a party of three characters, controlling one while the other two can be set to either attack or defend, and able to switch to any of the three at any point. Up to four skills can be set for use in battle, and the flash guard and flash move systems where blocking or dodging just as an enemy attack would connect negates damage and buffs the player also return.

The defensive battles from VIII also return, in the form of the Nox. Thankfully, these no longer happen at inconvenient times while the player is exploring a dungeon: They only occur either as part of the story, or in most cases, when activated by the player as they progress through the game.

Like in VIII, the player has to defend a specific object from waves of enemies, and there are tower defense elements where turrets and traps can be purchased and upgraded to help out. This time, however, all six of the Monstrum participate in defensive battles: While the player still only controls the characters actually in their party at that time, the remaining members also participate as computer-controlled helpers.

A new alternate version of the defensive battle mode is also introduced, in which the player no longer has something to defend, and instead has to find and destroy gems and then defeat a boss.

Another change to the battle system involves bringing back the items from VIII which allow the player to change party members’ attack attributes. Like in VIII and Celceta, each character is assigned an attack attribute- Slash, shot, or strike- And some enemies take more or less damage depending on the type of damage being dealt to them.

VIII introduced equipment which allowed the player to change a character’s attribute, but these were only available very late in the game and in limited quantities. In IX, however, these become available very early on, and more can be easily found or made, giving the player far more freedom when assembling their party.

The biggest change to the battle system however is the addition of the Monstrum superpowers: Each time a new character joins the player, they share this power with the other members as well, meaning all characters can use all of the abilities currently available. The player starts with Adol’s “Crimson Line”, which teleports the character directly to an enemy, and gets more as the game goes on, such as a charge attack or the ability to dive into the shadows to avoid enemies.

While the Monstrum abilities are usable in battle, they are mostly used in exploration and traversal. Adol’s teleport ability in the field is only usable on pre-determined points, but these are plentiful, and the result is it functionally working like Batman’s grappling hook from the Arkham series. The second ability the player gets allows characters to run directly up walls, and the third is a glide. The double-jump, which was unlocked fairly late in Ys VIII, is not even one of these, and given to the player almost immediately.

The player thus has a far wider range of movement than they had in Ys VIII, which makes moving around that much more fun. The existence of the teleport and wall running abilities, especially, make it so that the game sees far more vertical exploration, with the player being able to climb all the way to the top of the cathedral’s steeple to look down on the city, and then jump off and glide to their destination (abilities cannot be used indefinitely, however, so farther glides might require the use of late-game equipment).

Unfortunately, while the player’s expanded range of movement makes for the act of exploration being more fun, the actual exploration does not feel quite as good as it did in Ys VIII. There is little to actually see and discover, with most environments being quite boring, and the game makes use of the curse on Adol to structure it so that only certain sectors of the world are available to the player at the beginning: New sectors are slowly unlocked throughout the game as the story progresses, making for a very linear experience.

The linearity applies to the narrative as well: Ys IX’s story follows a formula similar to that seen in many contemporary Falcom games such as Trails of Cold Steel or Tokyo Xanadu, where the game is divided into multiple chapters, and the first few chapters each focuses on a new party member who also joins in that chapter.

While Trails of Cold Steel has party members available before their assigned chapters, and also multiple games to give them plenty of screentime, Ys IX has the same issues as Tokyo Xanadu’s original release, in how characters who join later simply have less screentime and aren’t playable for as long as characters who join earlier.

The story of Ys IX is also starkly different from previous entries, in how it focuses mainly on the characters: The antagonist of the story is barely relevant for the majority of the game, and the final threat comes seemingly out of nowhere. This does, however, mean that the individual characters are given more time to shine in the story, resulting in a more well-defined and likeable cast of characters than many other Ys games.

Though Ys and Falcom games in general are known for having great music, this reviewer found Ys IX’s to be somewhat lacking, with no tracks leaving any lasting impressions. IX also bafflingly has no opening sequence and main theme to go with it, which further contributed to this reviewer feeling that it lacks a musical identity.

While Ys games are mostly disconnected from each other, with stories mostly being standalone adventures which require no knowledge of previous ones, IX does deviate from this slightly in how there is an ample amount of fanservice for series fans and more references than usual to previous games: Monsters from previous games return, there are references to Adol’s past adventures, and when Adol is being interrogated he is questioned about the unnatural number of shipwrecks he has gotten into, and his tendency to get rid of all of his equipment after each adventure.

As the majority of the story focuses on developing the new characters, IX’s story is mostly friendly to new players, but the final sequence and ending do involve parts that may seem out of left field to players not familiar with the series. The game is also well-balanced difficulty-wise, with multiple difficulties available for players of different skill levels.

Overall, though clearly rougher around the edges than its predecessor, Ys IX is a great entry in the Ys series, honing the incarnation of the battle system seen in VIII to new heights, and greatly improving on movement to the point where simply travelling around the city is in itself fun.

The Good: Ys IX improves on the battle system from VIII further, honing it close to perfection. The abilities available for the player to use in the field also make traversal unexpectedly fun. Characters are more well-defined and likeable than usual as well.

The Bad: While still better than many older Ys titles, the story is quite lacking compared to VIII, with the antagonist and major threat being a non-party for most of the story. The soundtrack is also somewhat disappointing, and the lack of an opening movie and main theme is just perplexing.

Conclusion: Ys IX lives up to the Ys series’ standards, and is a solid action RPG that would be enjoyable to both new players and old fans.

This review was written based on the Japanese PS4 release of the game, and may not reflect changes made to other versions.

Yakuza: Like A Dragon Review – Pushing the series in a bold new direction

Yakuza: Like A Dragon Review – Pushing the series in a...

Johann C. K. - October 13, 2020
0
Yakuza 7: Like A Dragon has flaws in the battle system, but does push the series in a bold new direction while retaining many strengths.

Trails of Cold Steel IV Review – A pinnacle of... 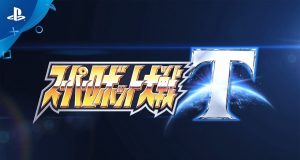 Johann C. K. - July 6, 2019
0
While the Super Robot Wars T Expansion Pack is in itself not overtly badly executed, it is a sore fact that it quite simply fails to justify its 2500 yen price tag.