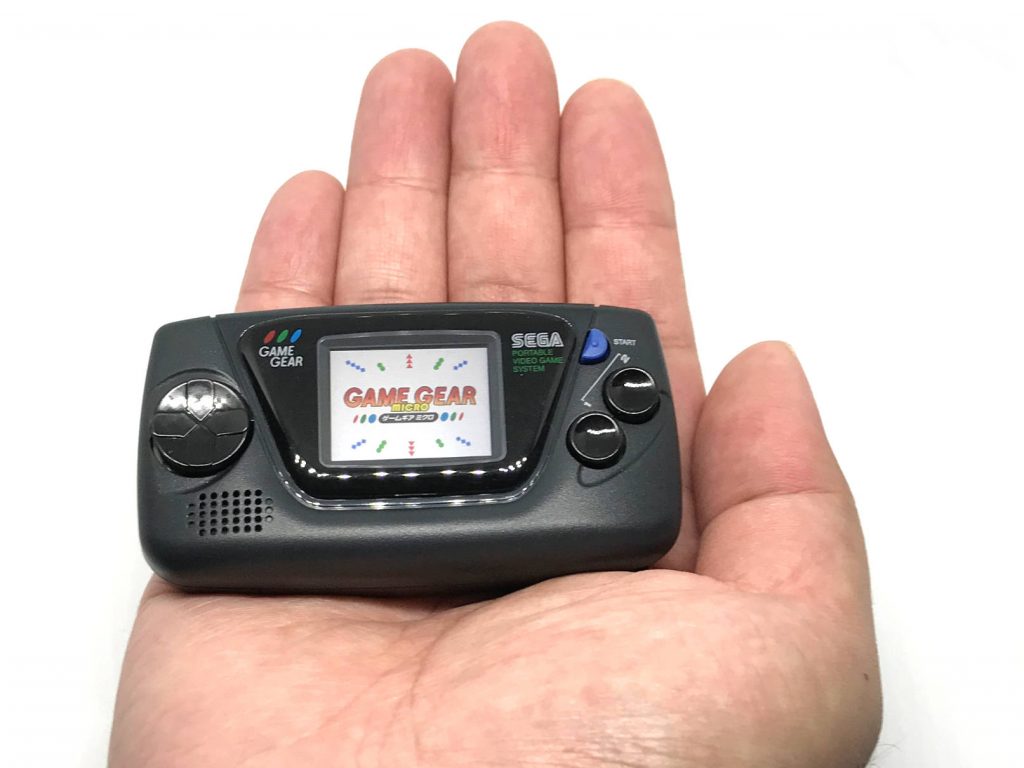 The Sega Game Gear Micro was released in Japan on 6th October 2020.

The Game Gear was a handheld game console originally released in 1990-1991 which had a colour screen and backlight, allowing for graphics close to that of a home console despite being portable. Unfortunately a lack of games combined with its excessively short battery life, which got roughly 3 hours of gameplay from a whopping six AA batteries resulted in it being unable to surpass the Game Boy.

The Game Gear Micro is the latest to follow the trend of miniaturized, self-contained reproductions of retro game consoles, with the twist that it is of a handheld console instead of a home one.

The Game Gear Micro comes in four variations, each with a different assortment of four games: Black, Blue, Red, and Yellow. Each is priced at 4,980 yen retail (excluding tax), the contents of each box simply containing the console and an instruction manual.

The game lineups for each version are as follows; alternate English titles that were used for games originally also released in other regions are in parantheses:

Additionally, a limited edition release of Aleste Collection for the Playstation 4 and Nintendo Switch (due for a 24th December 2020 release) includes a White version of the Game Gear Micro, which includes all of the titles in Aleste Collection.

In this article, we take a look at the black version of the Game Gear Micro.

The Game Gear Micro runs on a mere two AAA batteries, significantly less than the original’s six AA batteries, which yields 2-3 hours of playtime. The battery compartment is located on the back of the device. The design of the Micro has a cartridge moulded into place on the back, with just the names of the four games included on the version printed onto where the cartridge’s label would go.

Though the Game Gear Micro’s battery life is shorter than that of the original, this is not as much of a problem as with the original due to it being possible to power the Micro via micro USB cable (not included). The micro USB socket is located on the top of the console, alongside a 3.5mm audio socket for audio output, a volume control wheel, and the power switch. While the device only has a single speaker, it is capable of stereo output when connected to earphones or speakers. 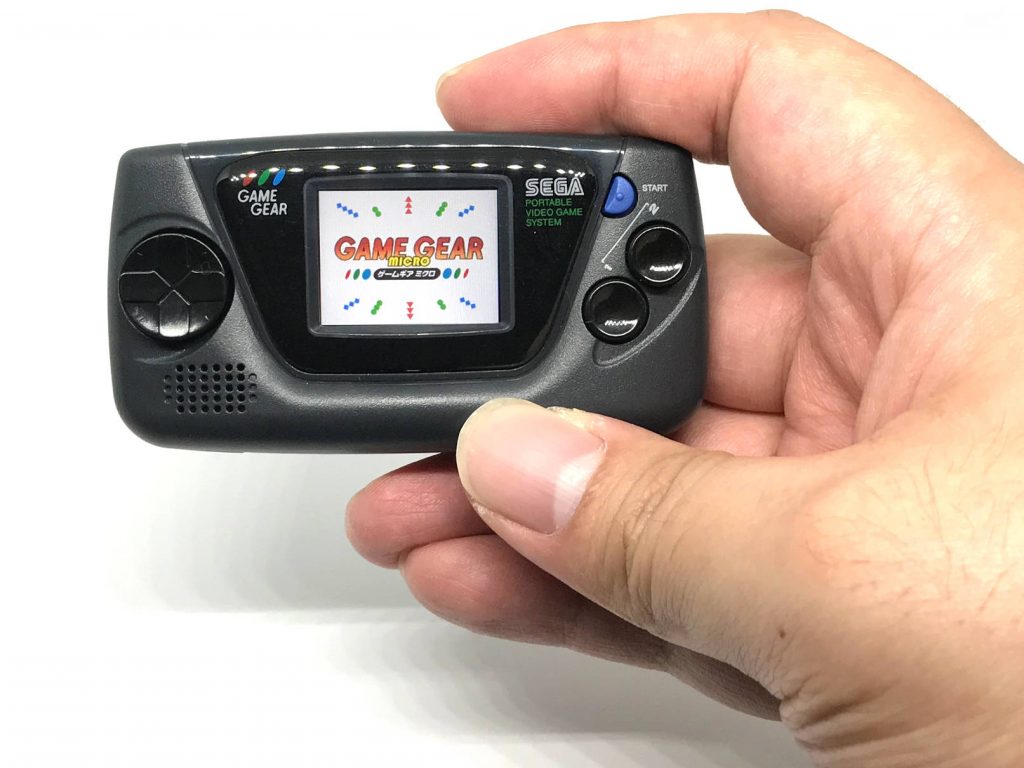 Despite being significantly smaller than the original Game Gear’s, the Game Gear Micro’s screen holds up to actual usage surprisingly well, with crisp graphics and vibrant colours, highly visible even while the console is exposed to bright light.

When booted up, the Micro presents the user with a menu highly similar in aesthetic to that of the Mega Drive Mini.

Like with the Mega Drive Mini, each game shows a short description when selected. Text, while small, is surprisingly legible.

Like most modern mini-consoles, the Game Gear Micro lets the player save and load states, with four slots for each game. The menu for this is accessed by holding the start button while in a game.

The player can also adjust the screen’s brightness, or close the game and return to the system menu from this menu.

While games are fully playable on the Game Gear Micro, and the screen is far better than this writer anticipated, with text being fully visible even when the device was held at arm’s length, this writer still found it to feel more like a novelty than something for serious gaming

The D-pad can be hard to use at times, its size meaning that a press intended for a horizontal direction might be registered as a vertical one, and vice-versa. While this is not that much of a problem for RPGs, this can be especially problematic for action games. The Black version of the Micro has three of the four games not be affected by this that much, with Sonic and Out Run not getting much use out of the vertical inputs, but Gunstar Heroes and Sylvan Tale on the Blue version might be trickier to control.

Additionally, the position of the single speaker means that the player will often cover it up with their left thumb. While the sound is of course far better with earphones or a speaker, this writer also thought that the positioning of the 3.5mm audio jack on the top of the device is questionable, feeling that it would have been better on the bottom.

The Game Gear Micro is nevertheless a very fun and unique little device, suitable for people looking for an interesting novelty, or old fans wanting to indulge in a bit of nostalgia.