Originally a doujin game sold at Japanese events since 2019, the horror mystery adventure Return to Shironagasu Island was officially released on Steam in Japanese and Chinese in March 2020, with an English translation being made available in November. 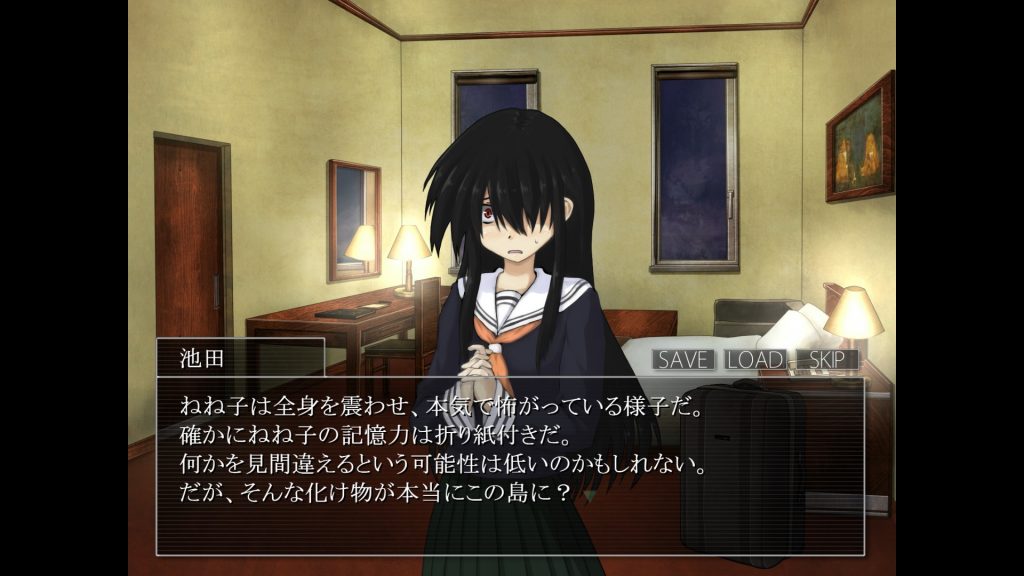 An orthodox “visual novel” type adventure game, Return to Shironagasu Island follows Sen Ikeda, a private investigator based in New York, as his investigation into the circumstances behind the suicide of a millionaire yields an invitation to a mysterious private island. He heads to the island with companion Neneko Izumozaki- a girl with perfect memory- serving as his assistant. He soon finds that there is more to the island than initially seems, and is quickly embroiled in a web of murder, conspiracy, and treachery.

The game was created entirely by a single person, Hyogo Onimushi, and it does show, especially in the art which may not feel very polished when compared to games created as consumer products. The art is not of especially low quality, however, and does do a good enough job of complementing the story, though fluctuations in quality mean that some scenes might look better or worse than others. 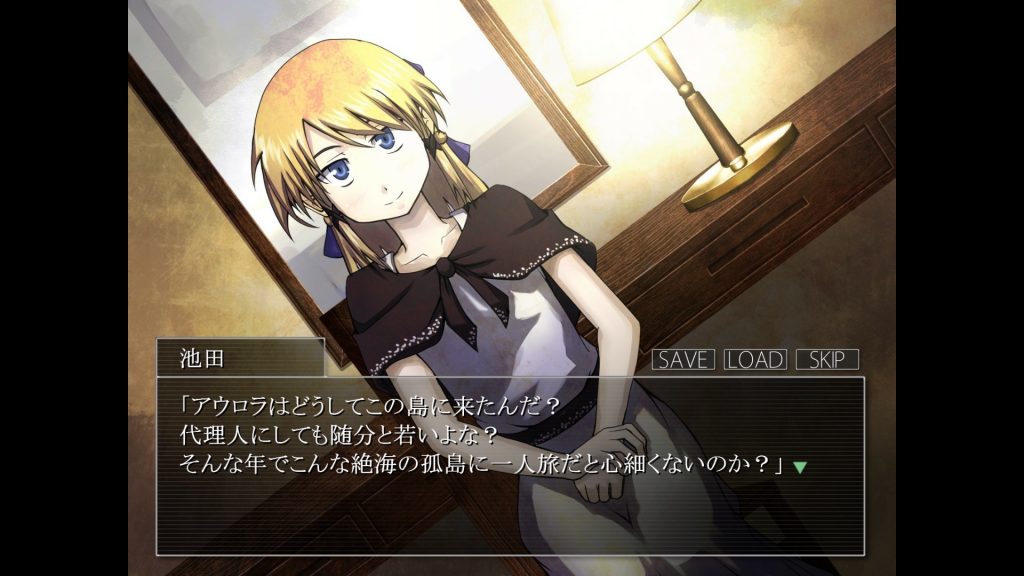 The game’s system itself can also at times feel dated: While it does not lack any functionality to the point that it outright inconveniences the player, one who is used to the myriad of amenities in most contemporary games of the genre might wish for a better skip function, or quick save/load button.

The story and atmosphere is where Shironagasu really shines: The orthodox closed circle setting is used very well, with a small and well-defined cast of characters, and the story is quite enjoyable.

As with most games in the genre, the game progresses through text and static images, but there are also many sequences where the player has to investigate a room or scene by clicking on parts of the screen, not unlike traditional point-and-click adventure games, and a few cases where animation is used, such as the elevator, effectively contribute to the ambience. Additionally, there are parts where the player has to sit down and figure out which of the characters did a thing, and also some timed puzzle sequences. 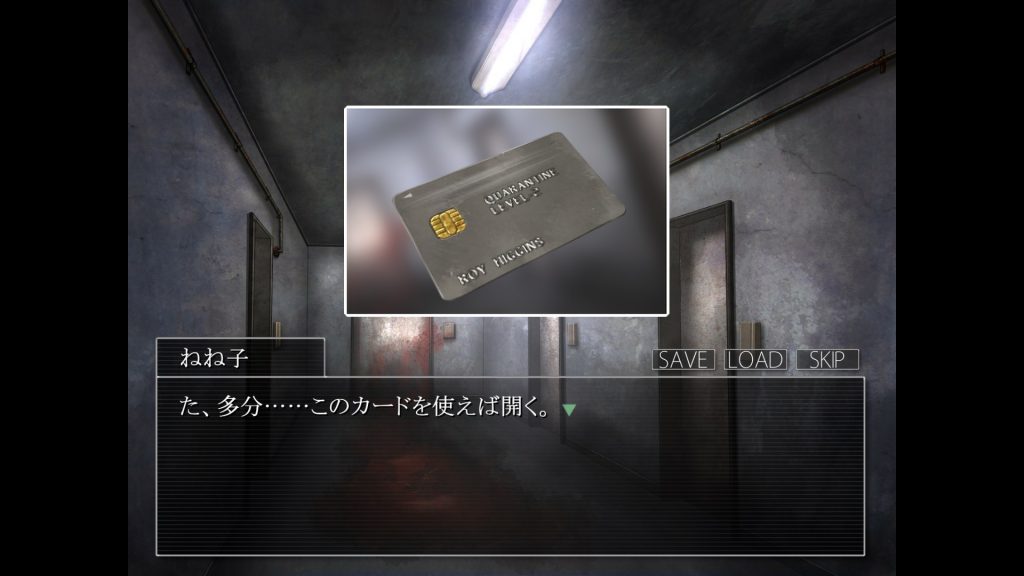 The horror elements in the game are especially well done, and the “creepypasta”-esque short stories told around a campfire in the bonus scenario in particular have that perfect creepy urban legend feel to them.

The game is mostly linear, with the only deviations being bad endings, some of which just send the player right back to the branching point, and including the bonus scenario has roughly 7-9 hours of playtime, and never feels too short or too long: The game’s length is perfect for its content, never overstaying its welcome or feeling that it is missing something.

One cannot discuss the game without also mentioning its price tag: The game was originally priced in Japan at 500 yen, and is available on Steam for $4.99 USD, before any sales or discounts are factored in.

Return to Shironagasu Island, as an indie game made by one person, does feel unpolished in some ways, but this only contributes to its charm. The game does a fantastic job of its horror-suspense style of orthodox closed circle mystery, and is certainly worth the purchase.

The Bad: Investigation sequences requiring the player to exhaust clicks on all interactables can be slightly tedious. The game system in general can feel be a bit primitive.

Conclusion: Return to Shironagasu Island is a short and sweet horror mystery adventure that definitely has several times the value of its $5 price tag.

A review copy of this game was provided by the developer. 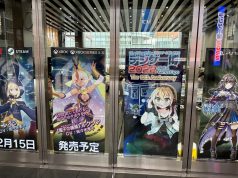