The 12/31 2020 issue of Famitsu includes an interview with Nihon Falcom CEO and producer Kondou Toshihiro regarding the newly-revealed Kuro no Kiseki, the next game in Falcom’s acclaimed Trails (Kiseki) series.

Kondou discusses Kuro no Kiseki’s new battle system next, saying that transition from the field to battles will be completely seamless, in terms of both time and space. There is a shift from movement to battle, but this only involves the camera zooming in a bit, with battles commencing immediately. The traditional “field attack” is also merged into battle commands. 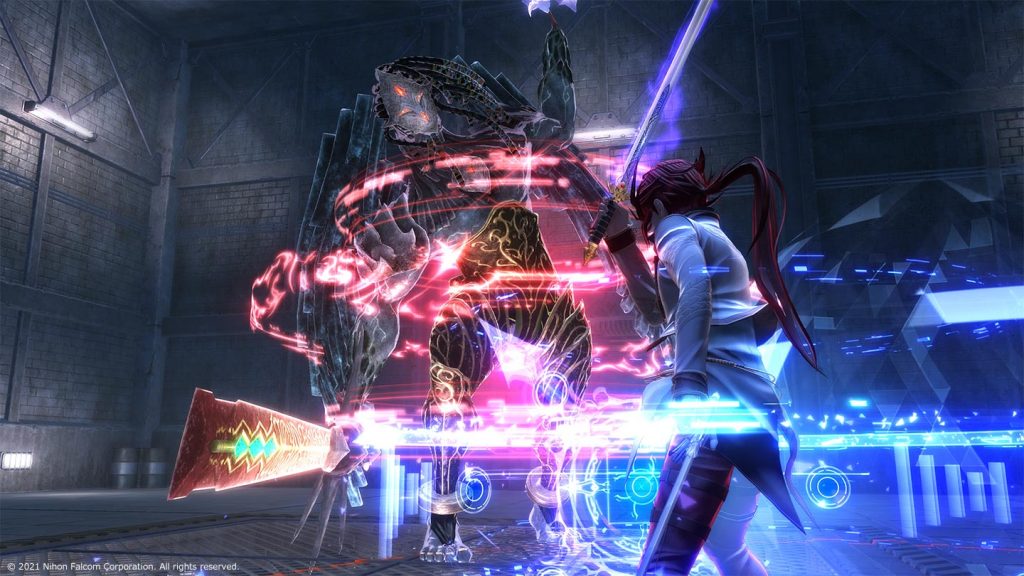 While the game does have action elements, the game’s battle system will be completely different from previous Falcom games’. Kondou says that a major premise of the system is not requiring skill like action games do. Rather, it has commands being entered in realtime, rather than previous Trails games’ having the world on hold while they are being entered. He says this is different from “a certain big title’s Remake”‘s battle system, but also not complex, and that people should understand when they get to see it later.

Additionally, the player can choose to transition at any time from this system with action elements to a more traditional menu-based system, which will allow the player to give more precise orders to characters, and thinks that players should switch between the two depending on the situation. Terrain will also affect battles.

Arts and Crafts remain the same, but the orbments used by the characters are changed from the ARCUS to the Xipha, meaning that functions like the tactical links and brave orders on Cold Steel and Hajimari are gone. The Xipha instead has new features that will be revealed at a later date, that Kondou says are very impressive.

Kondou says that improving the tempo of battles is the biggest reason for the changes to the battle system, as the bad pacing of menu-based battles had always bothered them. In addition to changes to the system, they also completely went over the user interface and controls, and he says that battles against regular enemies should now be faster.

Gameplay outside of battles is discussed next, and Kondou first talks about the new “Topic System”. He points out that many players enjoy talking to NPCs in the games, and this is specifically for them. He describes a situation where the player hears from a person that a certain store is having a sale next week. This information is registered as a Topic, and when the player goes to the store in question and uses the Topic, they can influence the dialogue and have the store sell to them in advance. However, they are still experimenting with this feature, and are not sure how far they will go with it.

Another new feature is the Alignment Frame system, in which the three alignment attributes of Law, Grey, and Chaos change depending on the player’s actions. This affects character stats as well as the story. Kondou gives an example being whether or not to hand a criminal over to the Bracer Guild upon capturing them as influencing the alignment, and says that the alignment also affects what sort of job requests the player receives, and also what story choices are available to them.

Kondou mentions that the player is not bound to any one alignment: Rather, each alignment has its own point count that is not affected by the others, and this is what unlocks options. The point count also carries to subsequent playthroughs, so a player will never be locked out of an option that they would otherwise have available. He does say however that someone who wants to do things perfectly might take two playthroughs to do so.

The interviewer asks about how job requests and bonding events are implemented in the game, and Kondou says that since the main character is a Spriggan – An “underground problem-solver” who serves as a detective, negotiator and bounty hunter – The job requests are quite different from previous games’. As for the bonding events, as the protagonist is an adult, they have a new system with a different name.

It is pointed out how the platform for the game is not announced yet, and Kondou says that aside from the Playstation 4, they intend to release the game on all platforms that fans want it on. However, there are of course technical hurdles, so they intend to start on those which have the most demand. He mentions that there is a lot of demand for PC releases from overseas, and that they are considering these.

The interviewer asks how Falcom as a whole is working with the Playstation 5, and Kondou says that they are preparing for it. They did not have any information on the console when they started work on the new engine, and so they are working towards getting it to work there.

Regarding the release date, Kondou says that they first intend to release Nayuta no Kiseki: Kai (the HD remaster of PSP game Nayuta no Kiseki) before summer, with Kuro no Kiseki coming “within Falcom’s 40th anniversary”.

Kondou is asked if Falcom has any events planned for their 40th anniversary, and he says that while COVID makes it difficult, they do intend on doing things like making new merchandise. He says that they will be able to reveal more on what they have planned around the anniversary of their founding, 9th March (2021).

Finally, Kondou says that Kuro no Kiseki will be a huge turning point for the series, with everything made anew, partially to celebrate Falcom’s 40th anniversary. At this point he already feels how great the game is, and it is also the most different game in the series. He says that they intend to work hard to make it a game they can be proud of, that they can deliver within their 40th anniversary, and hopes that fans will look forward to more information coming later.