Originally starting as an action figure series by Konami with its first releases in 2006, Busou Shinki went on to become a multimedia franchise, spreading out to comics, novels, anime, and video games, and is a pioneer of the “mecha girl” genre which would lead to future series such as Frame Arms Girl, Megami Device, and Alice Gear Aegis.  Battle Conductor is the fifth video game for the franchise, and its first foray into arcades.

The Busou Shinki series takes place in a future where intelligent action figure-sized robots known as “Shinki” exist, and customizing them and having them fight other owners’ Shinki is a popular hobby. Battle Conductor, though at this point lacking any story content, follows in a similar vein, with the player taking control of a team of three Shinki and fighting three others players in a battle royale.

Like other Konami arcade games, Battle Conductor requires the use of an e-amusement pass for the player to save progress. The pass is scanned by an appropriately-sized Cradle, which in-universe serves as a wireless charger for Shinki, which serves as a fun gimmick for series fans.

Similarly, the button layout is made to look like the Core Setup Chips used in Shinki bodies.

The biggest gimmick, however, is the side monitor which uses a pseudo-holographic display, similar to those used in Hatsune Miku concerts, with 2D images projected onto a transparent screen.

This screen is used to display Shinki in 1/1 scale, used mainly for equipment loadouts when preparing for battle, and for displaying Shinki waiting for their turn when in battle. Winning multiple times in a row also triggers a special dance sequence which uses this side monitor.

It is an entirely superfluous feature, as the side monitor never actually displays anything that really matters, and in fact a player focusing on the game will probably not even look at it, but it is, if nothing else, still a fun gimmick, which is not a bad thing.

The game’s features have not yet been fully implemented as of the time of this article’s publication: Many menu options are disabled, simply reading “coming soon”, ranked matches have been announced but not yet introduced, and passive skills are currently disabled.

The hub from which the player accesses the various menus before a match starts is called a “Shinki House”, and is presented as a desktop diorama room with the Shinki from the player’s team in it.

In combat, the player takes control of a team of three Shinki, using one at a time as they are cycled through as they are defeated (when all three are defeated, the player cycles back to the first Shinki). Both online and offline matches take the form of “gem battles”, which are free-for-alls in which the main objective is to collect as many gems as possible.

Gems spawn when Shinki are attacked, with the number of gems being spawned increasing based on the rarity of the Shinki (more on this later), and when a Shinki is defeated the player also loses an amount of gems which also scales to rarity.

These gems are dropped on the ground, and Shinki can collect them either by walking over them, or by expanding their collection range with the specific button assigned to this function. If equipped with a melee weapon, pressing the button results in the Shinki collecting gems in a wide radius around them, while equipping a ranged weapon results in a narrow fan-like collection area that has a longer range. One does not have actually deal damage or defeat enemies to collect gems: Collecting gems while opponents fight each other is an entirely viable strategy as well.

Gameplay is kept relatively simple, with each Shinki only being able to equip two weapons, with only one being usable at a time (switching weapons in combat takes some time and leaves the player vulnerable), and having one active skill which can be used after a bar shared by the entire team is filled from taking a certain amount of damage.

Controls are likewise not overly complex: The control stick determines movement and also has two buttons which cycle lock-on targets, while the four buttons are used for attacking, jumping, dashing, and collecting gems. Certain combinations of buttons are also used for guarding, instant recovery after being knocked down, and bursts (a gimmick similar to that in fighting games where enemies in melee range are blown away), and there are also dash attacks (performed by attacking in mid-dash) and charged attacks (performed by holding and then releasing the attack button).

A Shinki’s stats, their maximum equipment cost, and how many gems they drop in battle are determined by their rarity: N (Normal), R (Rare), SR (Super Rare), or UR (Ultra Rare). The higher a Shinki’s rarity is, the more powerful it is, but there are drawbacks: Higher rarity Shinki drop more gems in battle and also have higher character costs.

A team has a max character cost of 7, with the costs from N to UR being 1 to 4. As such, if a team contains a UR Shinki, it cannot include an SR and has to include at least one N, and if a team uses two SR Shinki, its third member has to be an N. N Shinki are significantly weaker compared to higher rarities, and since each team’s roster is revealed to all players before a match, expert players will ignore teams using high level Shinki once they are on an N, basically leaving them helpless.

One of the biggest factors in determining Shinki strength is equipment: Armour determines stats such as attack and defence, boost gauge amount and recovery speed, movement speed, and movement type such as the availability of air dashes, while weapons of course have different attack power and have different ranges.

Like characters, equipment comes in the same four rarities, and are obtained through random drops after battles. Winning a match yields an assortment of completely random equipment, with better (higher rarity) equipment dropping when ranked higher.

Additionally, each battle spawns a Container midway through, and gives its bearer an additional set of equipment associated with one of the Shinki on the player’s team at the end of the match. However, the player holding the Container has an icon indicating so, and since the Container is transferred to whoever defeats the player holding it, this results in them becoming a priority target for other players.

Like with team costs, each individual Shinki also has an equipment cost determined by their rarity, ranging from 70 for N to 860 for UR. Each Shinki has seven equipment slots: Five for armour and two for weapons, and each piece of equipment has a cost ranging from 10 for N to 140 for UR. As such, N Shinki are only able to equip the weakest equipment in the game, while UR are able to equip basically anything.

The player of course starts out with no Shinki and equipment, but when playing the game for the very first time, one is put through a tutorial which covers the basic controls and rules of the game, and is then given one random Shinki.

Further Shinki are obtained via a “gacha”-type purchase option after each match: The player can choose to pay 100 yen for one Shinki, or 500 yen for five, with the latter option also yielding bonus EXP items to level up Shinki faster. What Shinki are obtained via this are completely random, and while they can immediately be used in the game, they are at this point marked as “DN” (Digital Normal) rarity and only have N rarity stats.

The gacha’s rarity rates are not officially known, but by looking at the cards this writer has obtained and combining them with other reports online, they seem to be roughly around:

Digital Shinki are treated like N Shinki until the player uses a Card Connect machine to print them out as cards, and it is only at this point that their real rarity and stats are revealed. Each print costs an additional 100 yen.

Shinki converted to cards are removed from the player’s digital inventory, and instead have to be scanned into the game to be used. Card data is saved to their serial numbers and not the player’s account, meaning that they can be traded, bought, or sold freely, but of course this also means that the player has to be careful not to lose them.

New players lacking Shinki and equipment can also use “Rental Shinki”, which are N rarity guest Shinki with full equipment loadouts, until they assemble a proper team.

Many features have not yet been implemented, and many of those that have clearly still lack polish, with bad matching showing huge disparity in player levels in matches, freezes and crashes (the author of this article has personally encountered two crashes on Battle Conductor and one on Card Connect within two weeks from launch), and bugs. As such, it seems too early to pass final judgement on Battle Conductor.

The game does however show a lot of potential, especially for competitive gameplay, and if it takes off, Konami might very well take it down the e-sports route like they did with Bombergirl. Either way, fans of the Busou Shinki franchise have been starving for new content in the years since Battle Rondo and the action figure line were discontinued, and Battle Conductor should be something that most would want to check out. 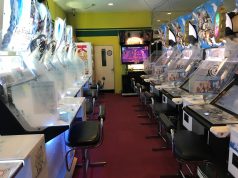 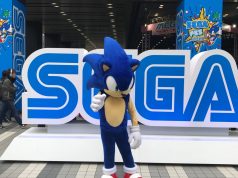 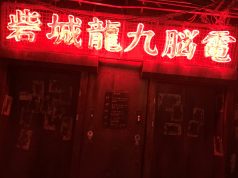