The developers of the NieR series discuss the latest games in the series, NieR Re[in]carnation and NieR Replicant ver.1.22474487139… in an interview in the 3/4 2021 issue of Weekly Famitsu, touching on aspects of development of previous games such as NieR: Automata as well.

Participating in the Replicant ver.1.22474487139… part of the interview were producer Saito Yosuke, creative director Yoko Taro, and director Ito Saki of Toylogic.

Progress on development is the first thing to be discussed. Saito says that they are currently in the final phases, with debugging and Yoko’s checks. Saito says that while they may not be able to be entirely objective about it, Yoko and him both feel that the game has been improved over the original.

The interviewer says that many creators have regrets about things they could not accomplish upon release, and asks if Yoko managed to accomplish anything he wanted in v1.22 that he could not in the original. Yoko says that when working on the original, he felt that he had done his absolute best, and that there was nothing more that he could add to make the game better. However, Toylogic and the other younger staff did end up making the game better, and he thinks that this means that it is easier to make good games without him. He jokes that if they make a new game, it would be better if they worked on it without him.

Yoko is asked about what his impression of Ito as a director is like, and he says that when he first met him, Ito’s face was covered in scars and bandages and his first impression was that he was a weird person. In the end, he did turn out to be a weird person. Ito says that the scars were from how he got drunk and ran at full speed down a slope and fell. 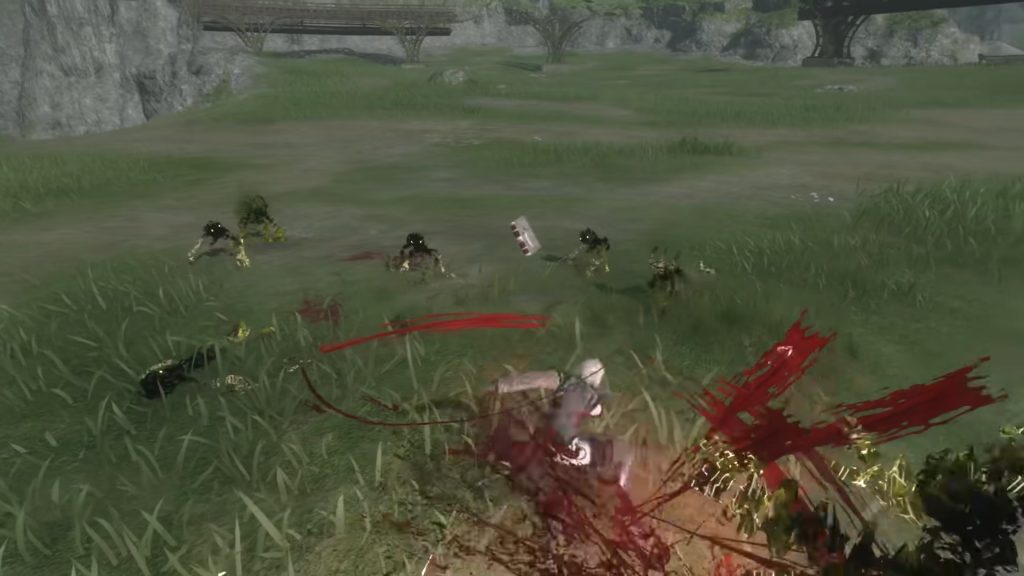 Ito is asked to explain what v.122 is like, and he says that work on it began with them wanting to remake the game for people who got into the NieR series with Automata, while also keeping what made the original version great. This meant that they had to be bold and change aspects of the original that they deemed not suitable for current-day players.

Actions the player character can take were changed the most, and enemy behavior was also changed to match this. They made improvements to whatever they felt they could improve as well, such as the fishing, and Saito says that when he tried it out recently the fishing was a lot easier.

Yoko says that they started off thinking it could just be a remaster, but Toylogic wanted to change the action, and in the end things outside of action ended up changed quite significantly as well, and Saito adds that people outside of the team have said that it is clearly not a version 1.22, and more like a version 2 or 3. 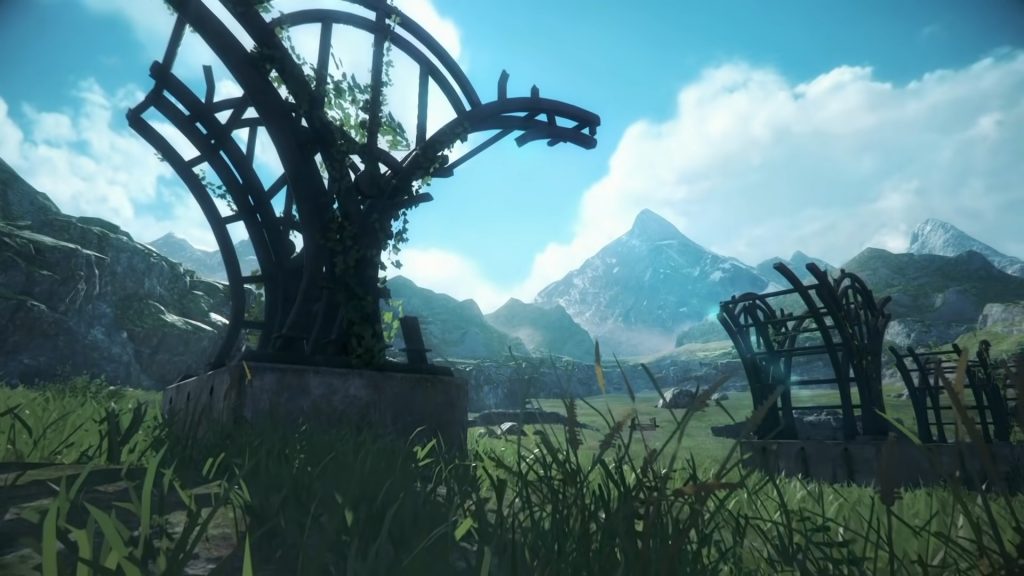 The improvements made to the fields particularly impressed Yoko, and he also mentions improvements to cutscenes and how composer Okabe lengthened some music tracks that were short. The game feels very new to him, and overall he feels like it is an entirely new product. He adds that he would like to have a chance to show off the new music before the game is released.

Saito says that they wanted to have full voice acting for the game, and so the voice acting was completely re-recorded. They thought that they could have music as it was, but Okabe told them that it could be improved in technical terms, and thus the music was re-recorded as well. As Yoko stated before, some tracks have been lengthened, and Saito asks fans of the original to look forward to them. 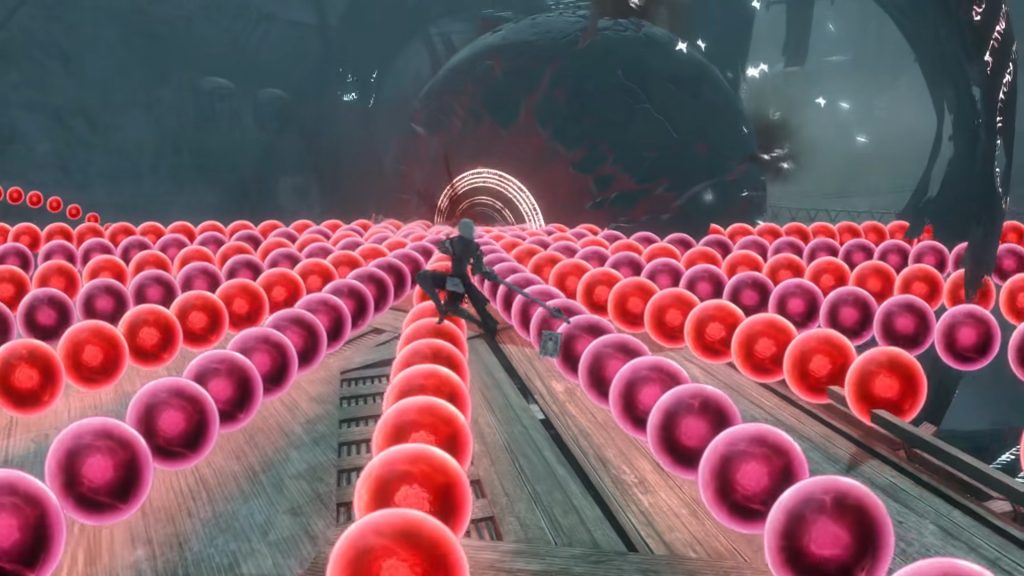 Taura Takahisa of Platinum games, who was the senior game designer on Automata, also helped out in an advisorial role. Ito says that one piece of advice from him that really helped was to not try too hard to be Automata: They initially made the action really fast like Automata’s, but that resulted in the characters feeling less human, and they ended up trying to make the characters feel like living people instead.

The interviewer notes how 2B’s motion actress Kawabuchi Kaori participated in v1.22’s development, and Yoko says that while cutscenes are mostly reused from the original version, they had motion capture for new scenes and battle animations.

Regarding weapon stories, Yoko says that everything in Dengeki Playstation’s Grimoire NieR is included, and there are several entirely new ones as well. When making the original, he did not include weapon stories as he thought they were unnecessary, but after it was released he heard from fans that they wanted them, and so he wrote them for Grimoire NieR.

Ito and Saito say that there are also plans to add new weapons via free DLC, and Yoko adds that the DLC weapons will of course have new weapon stories as well. 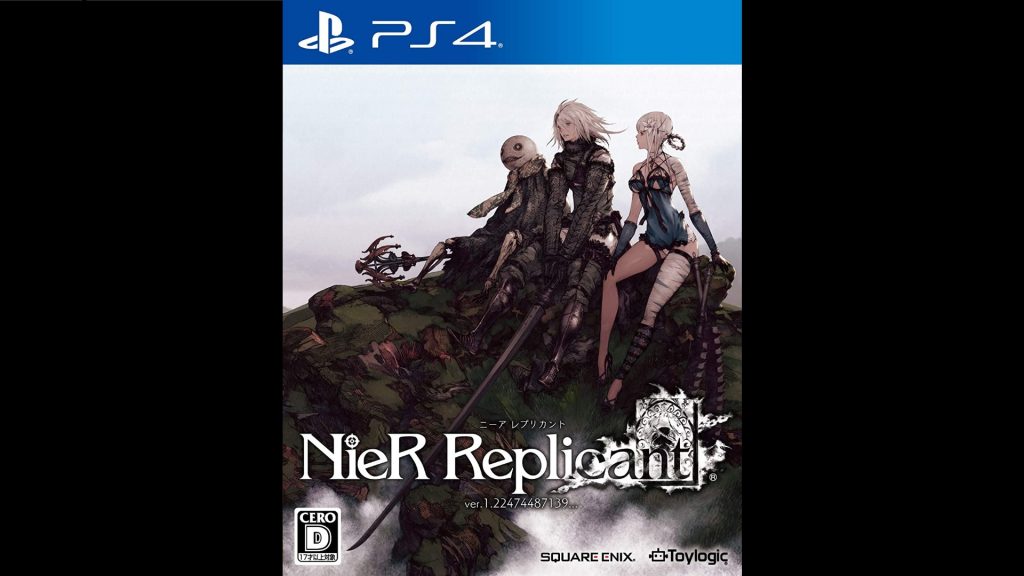 The interviewer asks about the design of the game’s cover art, which is done by Yoshida Akihiko, and Saito says that Yoko and him decided on the design. Saito wanted a more epic look to it, to represent the story, but Yoko said that he wanted the three characters standing together happily, which led to the final design. Saito thinks that it is representative of Yoko’s magnificent work as a director that the final design looks sad to those who know the game’s story.

It is pointed out how the artists working on v1.22 is an all-star ensemble of people who have worked on Yoko’s games before: Yoshida Akihiko for the main characters, Itohana Toshiyuki for Devola and Popola, and Fujisaka Kimihiko for the King of Facade and Fyra. Yoko says that it has been some time since has worked on a full project with Fujisaka, and that there is a funny story to why he asked Fujisaka to work on v1.22, but he says that he will tell this story another day.

Finally, the three are each asked for a statement for fans.

Ito says that while the NieR series saw a return in popularity after Automata, the limited platform selection made it hard for fans to play the first game, and he hopes such fans look forward to v1.22. The game is also made easier to play for players who got into the series with Automata, and he hopes they give it a try.

Yoko says that he had problems communicating with Ito, making him feel that he was talking to a bird at times, and v1.22 is made by staff from a new generation such as Ito. He hopes that fans of the original will have a nostalgic feeling from the game, like from attending a reunion, and says that new players should be able to enjoy it as well.

Saito says that while they are calling it an updated version, there are new elements added to the story, the game is now fully voiced, the graphics are improved, the action has been changed, and the music has been completely re-recorded. He hopes that players who got into the series through Re[in]carnation give it a try as well, and says that he thinks that the game might even surpass Automata.