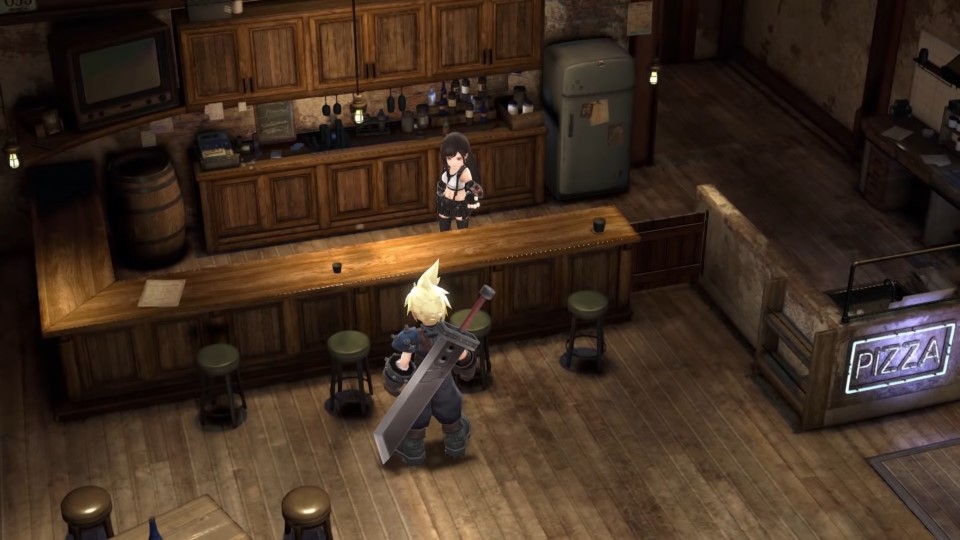 There was even a period in time where he personally kept saying that they ought to stick to just one, and it was producer Ichikawa’s passion that convinced him otherwise. He agreed on the condition that no compromises would be made in the quality of the games, and some of the tasks he gave the teams were quite difficult, but in the end they managed to clear the hurdles he set, and he is glad that they were able to announce both games. He adds that user tests have seen good reception.

Safer Sephiroth, W-Materia and More: 7 Mistranslations and Other Oddities in Final Fantasy VII

Regarding the story of FS, Nomura says that it takes place earlier than any other entry in the series, in an age before SOLDIER existed, with the player taking on the role of a SOLDIER candidate and contributing to the establishing of the organization. He points out that due to the nature of the game, there is not much narrativity to it, but it does have a proper backbone and setting. 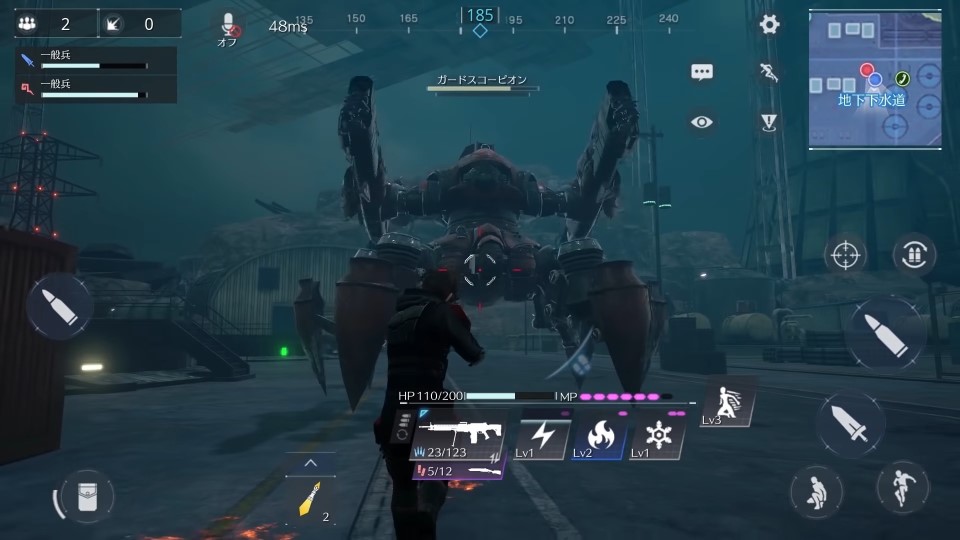 When asked about why the players are shown fighting not just monsters but also Shinra machines, Nomura says that this is part of SOLDIER training.

Nomura says that there are two types of matches in FS: Solo and trio battles. Solo matches have players fight till the last player standing wins, and trio matches are team battles where the last team standing wins. 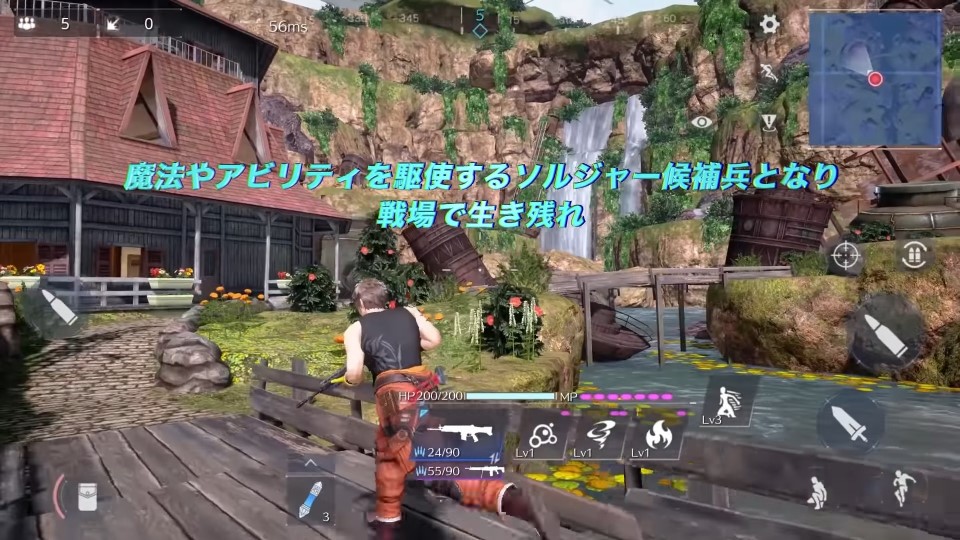 The interviewer brings up the RPG elements in FS, pointing out that they may lead to level gaps between players, which might be make it hard for casual players to get into the game, and asks about how this is being balanced. Nomura mentions how can collect items in other battle royale games, and says that says that the leveling up through defeating monsters fills a similar role, and makes it so that casual players can in fact enjoy the game more, with battles serving as a way to reward them for their preparations.

The iOS/Android free to play (with payments for items) RPG, Final Fantasy VII: Ever Crisis is discussed next.

The interviewer points out how many fans had been asking for remasters of the Compilation of FFVII games, and asks what lead to them to making something new that encompasses the Compilation titles instead. Nomura says that this is not the case: The main goal of Ever Crisis is to have players enjoy something based on the original Final Fantasy VII. 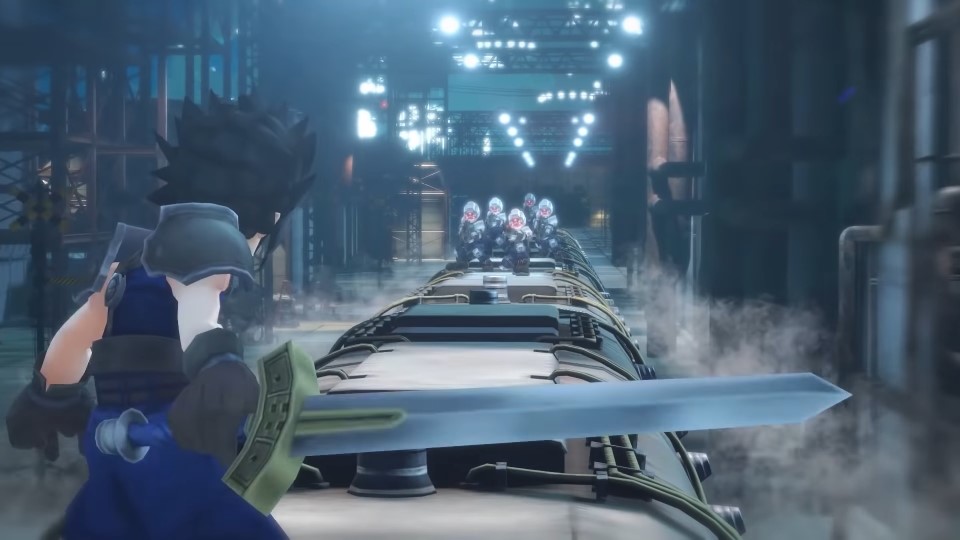 Just as The First Soldier and Final Fantasy VII Remake exist on their own outside of this, he does not consider the other Compilation titles to be “done” just because they are included here.

Next, Nomura is asked whether the story will proceed in chronological order of the titles, or be edited to fit together as a whole within Ever Crisis. Nomura says that they will not be made out to be a single story: Each title be given its own distinct chapter, and players will be able to choose which chapters they want to play. He says it is something like making a timeline of the Final Fantasy VII series. Additionally, he says that new chapters will be added monthly. 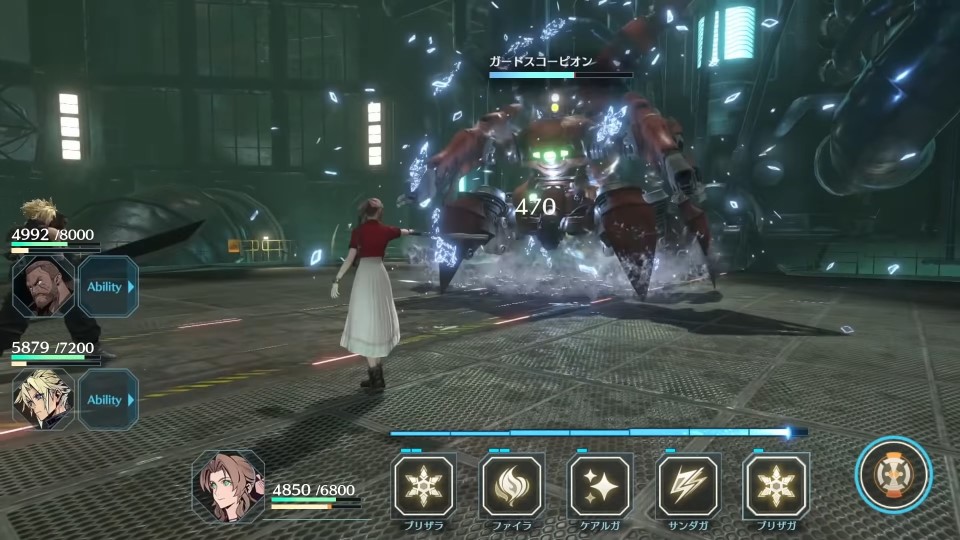 Discussing the art, Nomura says that the illustrations are being handled by Square Enix art designer Fujise Lisa. They initially planned on going entirely with 3DCG models, but were unsure of how to keep the feeling of the original game while doing so.

They next considered having someone, Nomura himself included, to do illustrations for the game, but all of the staff already had a lot of work they had to handle. It was at this point that Nomura had to check avatar designs by Fujise for something else – Fujise was originally a member of a team for a different title that Nomura was working on – And he thought that the art style would match the game, and thus headhunted her for Ever Crisis.

Finally, Nomura is asked if the game will have voice acting, and says that this is still being considered. However, he does say that due to the sheer number of titles he is working on, there is a huge backlog of recording sessions, and so he would like to avoid having to add new ones. He also personally thinks that it would be better for the game to not have voice acting.

However, some have told Nomura that they should have voice acting for at least the battles, and this is what they are considering; He adds that even if they do end up including voice acting, it will be a bare minimum. 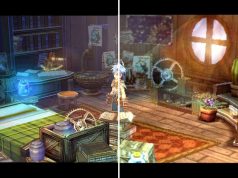