The interview begins with Ito being asked how he feels about the game’s approaching release. He says that it is very strange for him, as he is both excited for it as a fan, and uneasy about it as a developer. 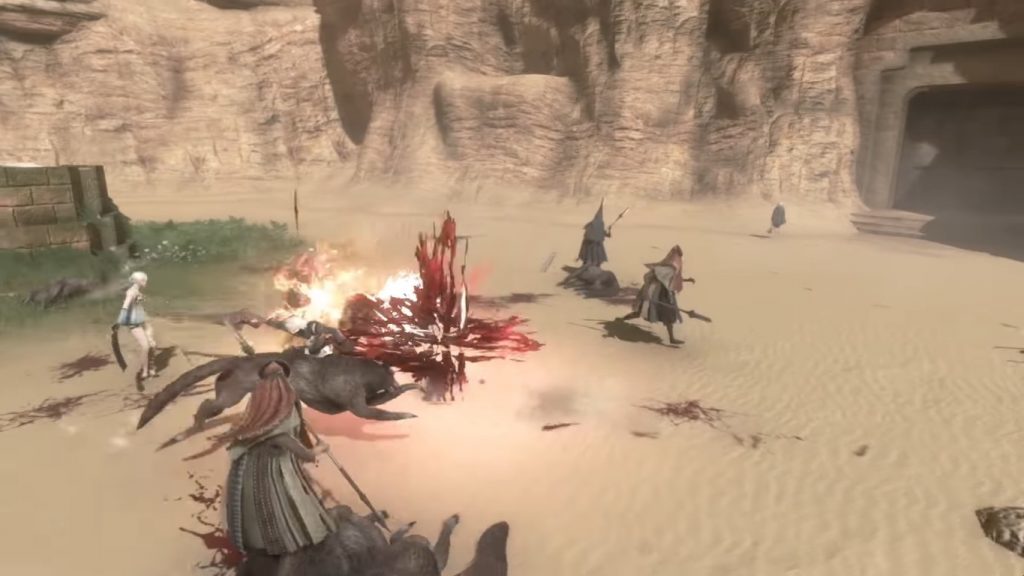 Next, the interviewer asks what Ito gave the most attention to in development. He says that he prioritized having players be able to empathise with the protagonist, and thinks that they succeeded in making it so that players will be able to feel his hate for the Shades. One thing they did to facilitate that was to have a lot of blood – The team had previously discussed NieR: Automata was a NieR that had a “sterilized” and “clean” beauty to it, and so they aimed to make a “dirty” NieR. 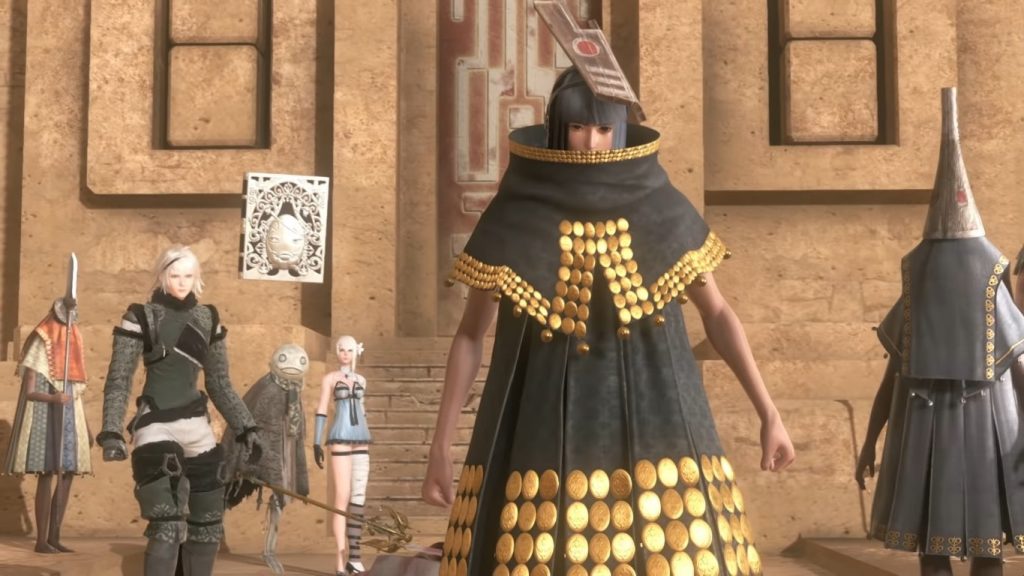 The interviewer points out how the character models have been completely redone, and asks Ito to talk about their work on them. He says that in addition to changing the proportions, they started off deciding to focus on “parts with blood flowing through them”, such as the texture of characters’ skin. He says that he was moved at how lifelike the characters turned out, and that he is in particular proud of the scene where a certain character cries at another’s death.

When asked what weapon he recommends, Ito says two-handed swords. He says that while he did not use them in the original release of the game, in ver 1.22 they have a good feeling of weight to them as they cut down crowds of Shades with sheer power.

Ito is asked if any instructions from creative director Yoko Taro or producer Saito Yosuke left an impression on him, and he says that while he received many directions and instructions that were eye-opening, one that stood out in particular was from Yoko, who told him that the player’s commands should always have an effect on the character and camera.

He did not quite understand this at first, but as they went on found that it led to the player being able to connect with the game world better, increasing immersiveness. He also says that Yoko could be very decisive at times: For example, when they were discussing what should happen when the player does a certain thing which he does not disclose due to it being a spoiler, Yoko told them that they should just make it a game over. 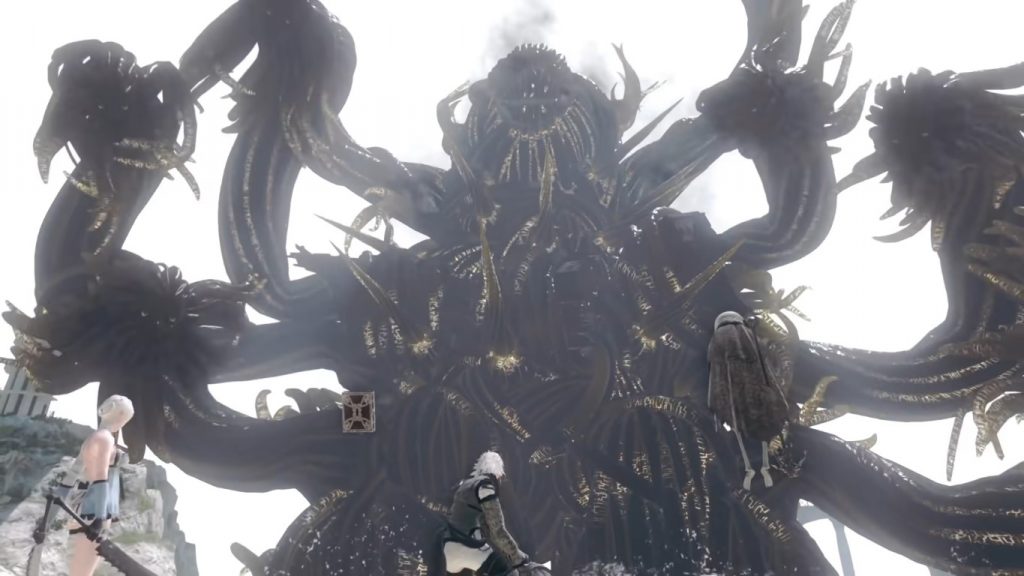 The interviewer asks Ito for what players should look forward to in the additional content, and he says that the new giant boss is very impressive, and is also so big that it initially caused problems with processing load, which the team later successfully fixed.

Ito is asked what he would like players to pay attention to in ver 1.22, and he says that since the Grimoire Weiss now follows the protagonist around at all times, there is a stronger “buddy” feeling to the game, and he hopes that players feel this too.

Ito is asked for some details on himself. Ito was born in Tokyo on 11/11 in Heisei 1 (1989), and his three favorite games are Busou Shinki Battle Rondo, Border Break, and The Last Guardian. He likes games where one can bond with characters in the game world, or feel someone else’s soul across the internet.

Finally, Ito is asked if he has anything else to say to fans. He says that the aim of NieR Replicant ver 1.22 is to not only make fans’ beautified memories of the original game come true, but to surpass those memories. He thinks that for old fans, the game has turned out to be something like a reunion with an old close friend, offering “refreshing nostalgia”.

As for new players, he feels that they have managed to take the strengths of the original and translate them into a form that are best suited for the current day – He says that when people play old games or watch old movies that are regarded as masterpieces, they often get a feeling that they might have been able to enjoy them more if they had been able to do so in realtime on release. Even with remakes, he feels that many fans might think that real fans should start with the original. As such, while ver 1.22 has many changes to it, it also left the core of the original intact, or made it so that players can feel the core more directly. He hopes that players are able to forget about the age of the game and enjoy it purely.