Lost Judgment, a sequel to the Yakuza series spin-off Judgment, was recently announced, and the May 27 2021 issue of Weekly Famitsu featured an interview with Ryu ga Gotoku Studio general director Nagoshi Toshihiro and producer Hosokawa Kazuki regarding the game.

The interview begins with them being asked if Judgment being turned into a series was something they had intended on from the start, and Hosokawa says that while it depended on how the game fared, that was what they were aiming for. As a result the game sold well, allowing them to turn it into a series. Nagoshi says that there is no doubt that Kimura Takuya‘s starring in the game resulted in many people getting interested in it: As a producer, it was necessary to get a hook, and Kimura Takuya “as an IP” was a powerful weapon in that regard.

The interviewer points out that some were surprised to see Kimura return in the role of Yagami in the sequel, and to that Hosokawa says that they could not think of having anyone else.

Next, the interviewer asks about the title change – In Japan, the first game was titled “Judge Eyes”. Hosokawa says that as they are aiming for a worldwide simultaneous release this time, they decided to keep the key art and title the same throughout all regions. After discussing this with staff from other countries, they decided on Lost Judgment as a title that connects to the previous game and also relates to the game’s story and themes.

Hosokawa says that the core elements of the series, namely suspense revolving aroung Yagami, remain the same. Investigations, however, have been improved, with more variations added in as well. As for the story, it is realistic, about something that people living in modern society should sympathize with, with themes relating to society itself. He says that the game handles sensitive topics, and that they expect to see a lot of players voicing their opinions about them. 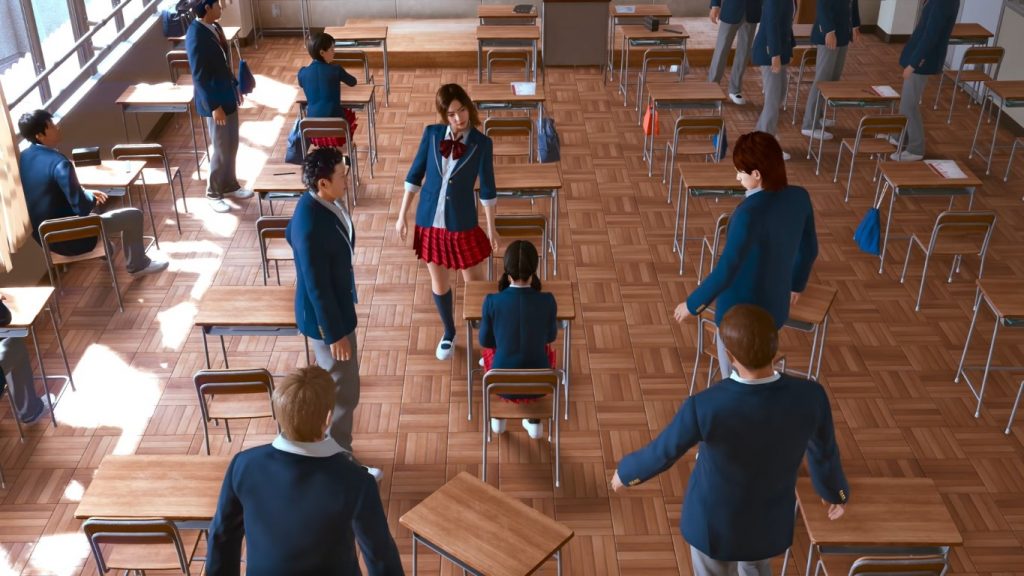 The interviewer points out the school scenes in the trailer, and Nagoshi says that while bullying is brought up multiple times, it is not the main focus: Bullying is simply what leads to the case, and tragedy. While bullying is an omnipresent problem around the world that could very well serve as a theme, Lost Judgment handles things that are unreasonable, and illogical. Some are troubled by such things, while others find them unforgivable, and while some go after them with the law, some find justice outside of the law. The way how such people think intertwines and forms drama.

Hosokawa adds that while the case being handled is different from the previous game’s, the Judgment series aims to asks players what “justice” is, and this is stronger in Lost Judgment than before.

Nagoshi says that he is feeling uneasy about, but also looking forward to what players think upon clearing the game, as even the staff had big arguments about the ending. He says that while they could agree on how the story should be and what they wanted to do, they could not agree on how to express it and how to wrap it up. He thinks that different players will have different thoughts on the story.

They discuss the “Youth Drama” feature, which has Yagami taking part in various side activities, next. The interviewer asks how this is different from the side cases in the previous game, and Hosokawa says that it takes place in a single school, and there is a single big mystery. In order to solve that mystery, the player has to interact with the students, helping them out with their problems, which brings them closer to the solution one step at a time.

They also had the aim of having Yagami do unlikely things, an idea Nagoshi brought up. Nagoshi says that since the story has the player visiting the school many times, he thought they could have Yagami do something with its students, figuring that having a detective interact with students might result in something interesting. Like with the previous game, Lost Judgment also has surprises hiding in the Youth Drama parts, and asks for players to look forward to them.

Regarding the investigation elements, Hosokawa says that they worked on improving them, and also adding more variations. For example, while the player could only enter buildings in Judgment by opening the doors, Lost Judgment lets the player choose to use a new feature they call “Athletics” to enter in an “athletic” fashion. They also added things like stalth sequences, and the use of microphones or dogs to find things. Returning elements have also been improved, with better AI and tempo in the case of the trailing missions.

Combat is brought up next, and Hosokawa says that from early on in development they decided that they wanted to make the action more fun to play, and they added a new style as an easy-to-understand way of showing how the battle system has evolved. Yagami cannot pick up and use weapons like Kiryu, and so they came up with the new style which allows him to parry attacks for when he goes up against powerful enemies.

The interviewer asks what sort of troubles, if any, they are facing in development, and Hosokawa says that their biggest hurdle is simply volume: The game has more content than the previous one, and they have to get it all to fit into the story while maintaining quality. The main story itself is longer than the previous game’s, and the Youth Drama sequences have their own story parts as well.

In addition to that, Isezaki Ijincho from Yakuza: Like A Dragon also returns in Lost Judgment, with it being used slightly more than Kamurocho. The interviewer asks if Yakuza 7’s characters will be involved with Lost Judgment’s story, but Hosokawa only says that as the game takes place in Ijincho after the story of Yakuza 7, players “might see things that have them feel connections”, and that they will have to play the game to see. 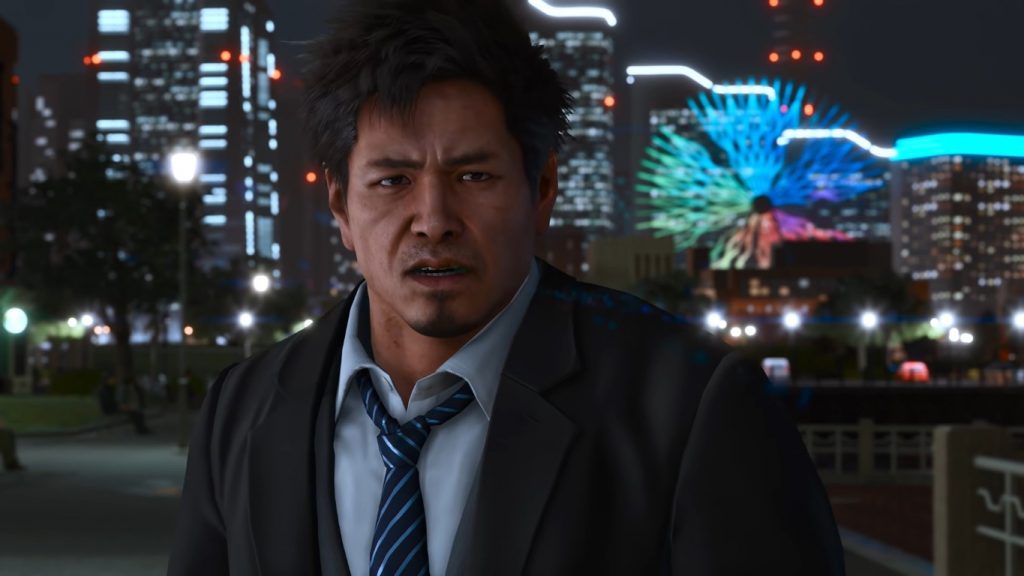 They next discuss how the game features adds three prolific actors to its cast: Mitsuishi Ken, Tamaki Hiroshi, and Yamamoto Koji. Nagoshi says that they were very satisfied with how it turned out, and also adds that they were quite surprised at how long the scripts were. He says that all three of them play characters that are unlike any of their other roles; the three characters operate according to their own moral codes, and the three actors’ magnificent performances allowed them to express this.

Hosokawa adds that they put in a lot of time into making the characters feel like they are being played by the actors, balancing the role and the actors’ public images, and that he feels confident about the results.

Nagoshi also says that they went with an extremely bold choice for the artist to perform the theme song, and asks for fans to look forward to the announcement.

Finally, the interviewer asks the two if they have anything else to say to the fans. Nagoshi says that while the previous game had good reception for its drama, Lost Judgment does not pale in comparison. Players are left to put the final piece into place after clearing the game, and so he hopes that players see it to the end.

Hosokawa says that while the previous game was based on the Yakuza series, it was still a first attempt at something new, and there was a lot of trial and error going in. Feedback from after release gave them confidence in what they did right, and also told them what they needed to improve, and Lost Judgment is going to be the result of such feedback.

Lost Judgment will be released worldwide on 24 September 2021 on the Playstation 4, Playstation 5, Xbox One, and Xbox Series X/S