Relayer has been announced for the Playstation 4 and Playstation 5, and is due to be released worldwide in 2021. The game is being developed by the God Wars team, headed by Yasuda himself, who is serving as producer and director. Yasuda previously served as producer and/or director for games such as Lollipop Chainsaw, Killer Is Dead, Root Letter, and God Wars.

Yasuda says that development began on Relayer in 2019, but planning goes back to 2017. The mecha, sci-fi, and Greek mythology elements in the game all come from them being things that Yasuda himself likes. He says that he initially came up with a more hard sci-fi setting, but this had the problem of it trying too hard to explain everything. When thinking about how to make it easier for more people to understand, he came up with the idea of anthropomorphizing celestial bodies (stars and planets) and Greek gods, and it ended up as an adventure story about said celestial bodies and Greek gods with a dash of hard sci-fi for flavor. 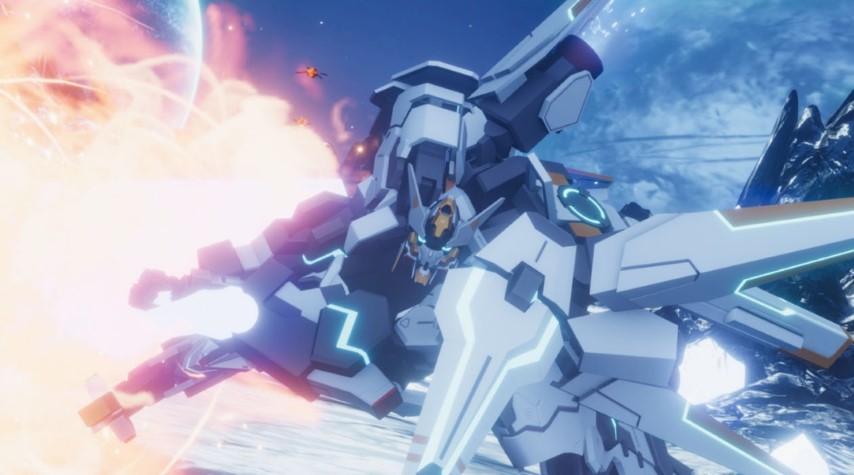 The interviewer asks about the title “Relayer”, and Yasuda says that it is actually something that he has been sitting on for some time. He tries to explain it while leaving out spoilers, saying that the human lifespan is nothing on a universal scale, and so when we write fiction we come up with things like warp travel and parallel worlds to put humans on the same cosmic scale.

When science advances to a point where humanity really starts going out into space, however, Yasuda thinks that humans will also have the ability to live forever in new bodies. Up till now, mankind has passed on thoughts, feelings and memories to future generations like a baton in a relay, which he says is akin to extending spiritual and mental lifespans. He thinks that soon, mankind will have to make the “ultimate choice” between extending physical, or spiritual and mental lifespans. When thinking of evolution and inheritance in this vein, he came up with the word “Relayer”, and while coming up with this game he thought that the word would be the perfect title for it.

Next, the interview asked when they decided on making the game a strategy RPG. Yasuda says that it has been 13 years since Kadokawa Games was founded, and they have been working to make it so that they can handle all aspects of development themselves since 7 years ago. In order to become a studio that can hold its own on the world stage, they wish to work on games that they are good at, and when choosing a genre to specialize in, they went with SRPGs. He says that though it is a niche genre, games in it still have the potential to be million sellers when looking at a global market. Additionally, God Wars gave them confidence in their ability to make SRPGs. 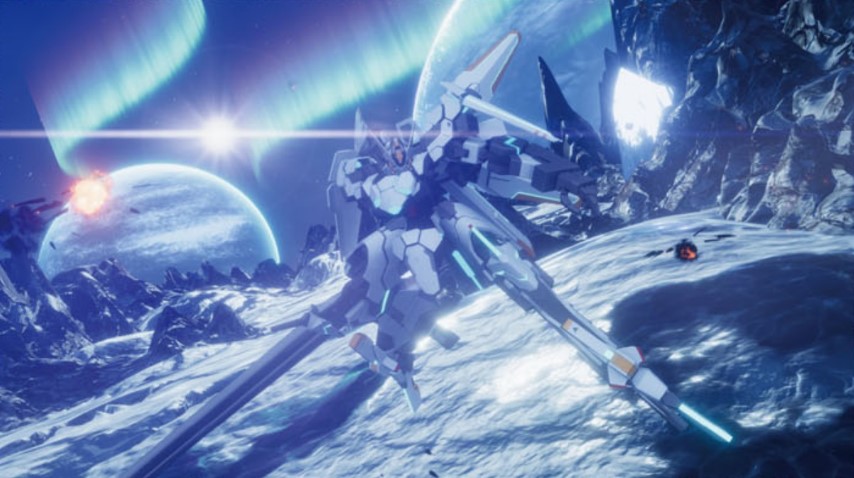 Development on Relayer was primarily done for the Playstation 5, and Yasuda says that he was surprised at how powerful the console is. He says that he was particularly pleased by how the 3D robots can still move satisfyingly even when large numbers of graphic resources are put in. They are currently developing the game without any consideration for the Playstation 4, and says that though this might come back to give them trouble later (as the game has been announced for the PS4 as well), their primary goal is to have the best possible quality that they can on the Playstation 5.

The characters and story are discussed next. Yasuda says that the character based on Prometheus is particularly important: In mythology, Prometheus created mankind and gave us fire, and was punished for 30,000 years by Zeus as a result. Relayer’s story came from the idea of Prometheus using mankind to take revenge on Zeus. Additionally, Zeus is not the final enemy in Relayer: There is a true mastermind behind everything, and defeating them reveals the truth behind Earth and the universe.

In addition to the main story, Relayer also puts a lot of effort into side stories, which Yasuda says comes from feedback on God Wars, where players said that they wished the characters had been given more attention. He says that it was difficult to this in God Wars as the characters were based on gods from Japanese mythology, but there are no such limitations in Relayer, and so they have included many side stories. He gives the example of how the player’s mothership the Asterism has a foot bath where people can also stargaze, and the player character can use this to interact with other characters. 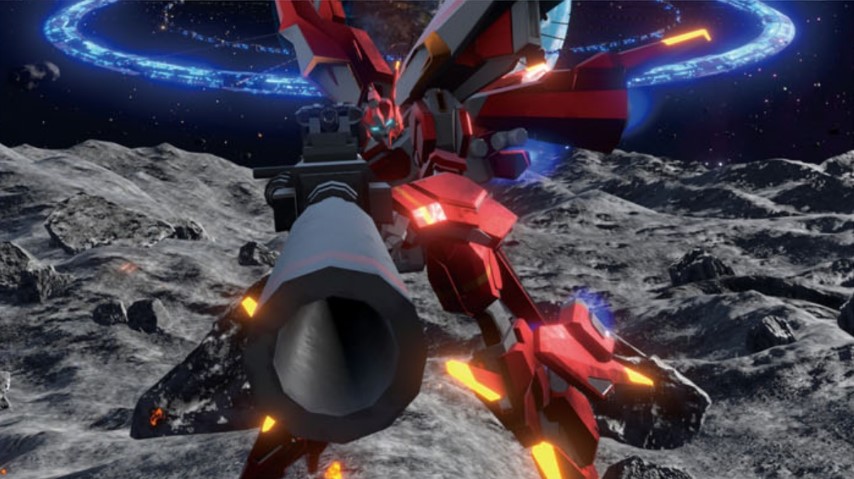 The interviewer says that the story seems to have quite a large scale, and asks if they have a a team for handling the setting, and Yasuda says that they do not: The setting and plot are being handled by him completely, and it is only once the story is done that it is passed to the scenario staff who handle the scriptwriting. He says this was not difficult for him, as the setting draws from things he has built up over the years, and he had great fun thinking of new ideas to make it more interesting. He says that he does surprise and worry his wife, however, when he gets up to record sudden ideas he gets in the middle of the night.

Moving on to discuss the gameplay, Yasuda says that while God Wars was made to be a challenging tactical game, Relayer is less difficult so as to make it welcoming to more players. For example, while there may be obstacles on the map, things like having hit rates and damage affected by height difference, terrain bonuses, and the directions units are facing are currently not being planned to be included.

This is not to say that the game can be played without thinking about strategy at all, however: The Stella Gear mecha can equip six different types of equipment- One-handed swords, two-handed swords, rifles, machineguns, bits, and shields- And can also be further customized with different types of armor, additional parts, and customization chips. Additionally, each Stella Gear has one of four roles such as “Assault” or “Tank”. The pilots also have their own job system where they can buy new active and passive skills with job points. The player does have to think up strategies and come up with their own best combinations. 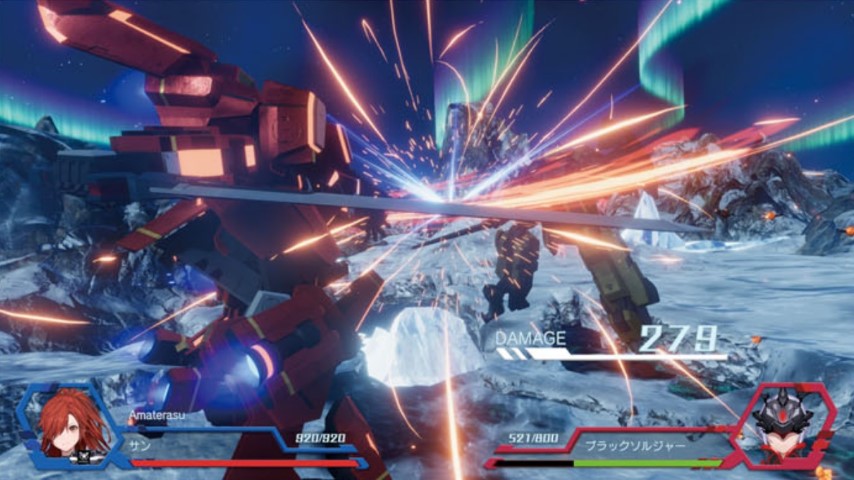 Yasuda says that they also paid attention to feedback for God Wars in other aspects of the game as well, such as visuals and the user interface. He is particularly proud of the visuals, saying that the staff did a fantastic job of fulfilling his requests. He gives two examples: One is how, depending on what weapons the ally and enemy mecha are equipping (such as both having the same type of sword), cutscenes with special attacks may play. Another example is where the difference in size between the player’s mecha and the enemy’s are massive, “like the difference between a human and Mount Fuji”. Yasuda says that the staff froze when he told them about this idea, but it was something that would be absolutely necessary for the story.

Additionally, Yasuda says that Relayer is a trilogy series, and that he has already finished writing the rough plot for the second part. Whether or not they will be able to release a sequel, however, depends entirely on sales for the first game. He says that while the first game takes place entirely within the solar system, the second would take place in outer space.

Yasuda says that Kadokawa Games might be small studio with only about 30 staff, but they all have high motivation, and he hopes that people look forward to Relayer.