Elden Ring director Miyazaki Hidetaka discusses the game in an interview in the 1 July 2021 issue of Weekly Famitsu. 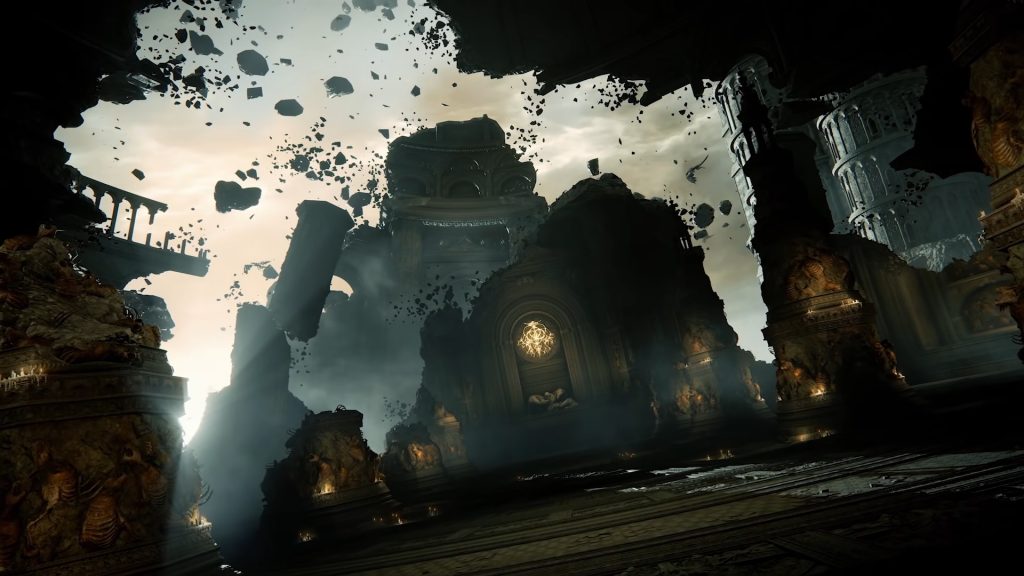 The interviewer begins by pointing out how society remains unstabilised by the COVID-19 pandemic, and asking Miyazaki if he thinks that Elden Ring will be released on schedule, and Miyazaki says that he thinks it will, as all the staff are already in the final stages of finishing off the game.

Miyazaki is asked what sort of game Elden Ring is, and he says that it is a direct evolution of the Dark Souls series: They wanted to use the know-how they had built up for action, level design, and expressing the world, and apply it to an evolved game with a larger scale. They also needed a story and world with more depth for this, but George R. R. Martin helped them greatly in that aspect. 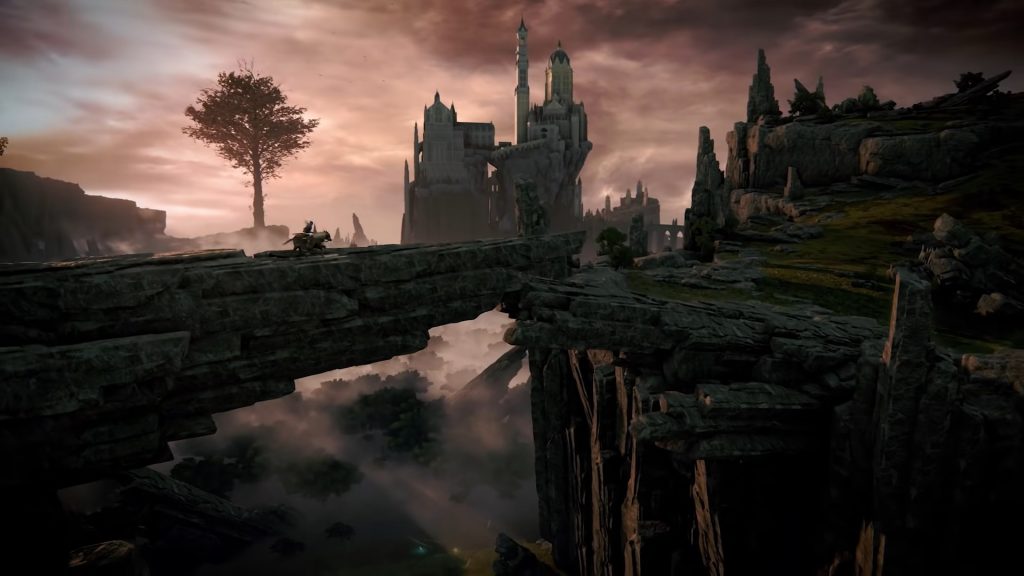 The interviewer asks if Martin’s involvement is what resulted in the game having an open field, and Miyazaki denies this, saying that they had the idea before he was brought onto the project. His involvement was however a strong push in that direction.

Miyazaki says that he was a fan of Martin’s novels- Not just A Song of Ice and Fire, but also other series such as Fevre Dream, Tuf Voyaging and Wild Cards- And From Software’s Nakajima Eiichi remembered this and approached Martin. It turned out that Martin already knew of Dark Souls, and agreed to meeting with Miyazaki. It was not a business meeting at this point, but the two hit it off, and when Miyazaki asked him to participate in their game, he agreed. 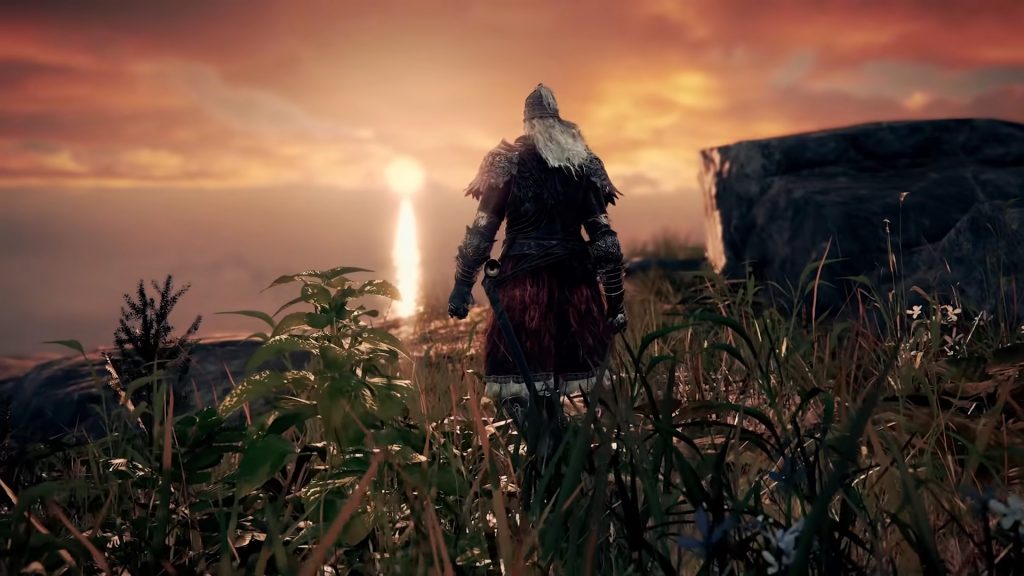 Miyazaki next talks about the details of Martin’s involvement in Elden Ring: He did not write the story itself, but the base for it, constructing the world that the game is based on. They knew from the start that Martin is an extremely busy man, and in any case did not aim to make a game that just follows a set story. They also did not want to end up having to make changes to Martin’s vision. As such, what they asked of Martin was for him to create a mythology taking place a long time before the game, that would become its world’s basis and foundation.

Miyazaki says that Elden Ring’s world would not have been possible without Martin’s involvement. His mythos is very attractive and deep, involving drama between characters drawn from complex relationships (blood and otherwise). It is at times a mythology and at other times history, or an epic poem, and it was a refreshing stimulus for them at many points.

They go on to discuss the setting and story more. Miyazaki says that the player character does not have a set personality like Sekiro’s protagonist, with the player free to create their own character like in the Dark Souls series. 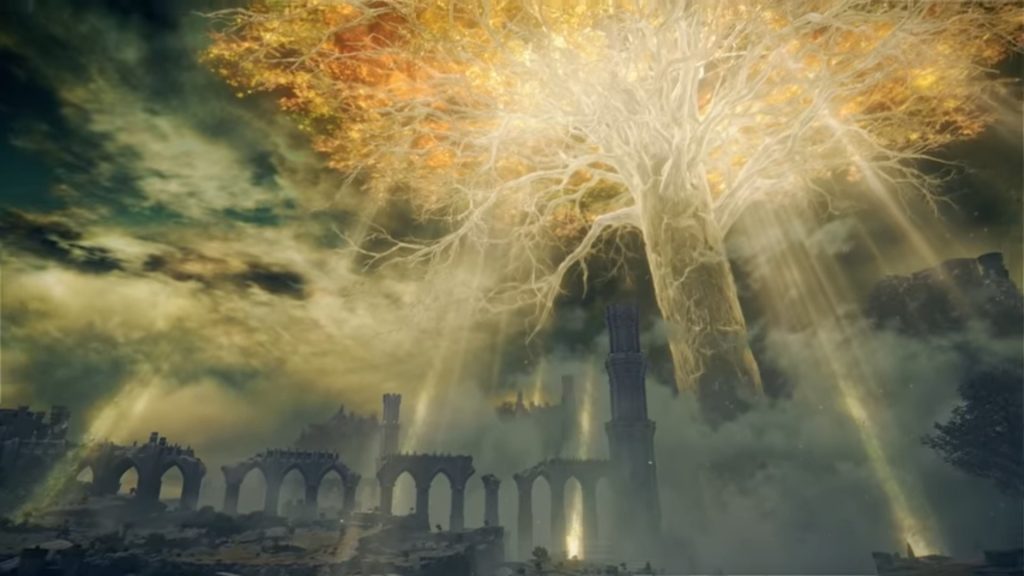 The world is called The Lands Between, and is a place blessed by the Erdtree. This land is also the setting for Martin’s mythos, and is ruled by the Demi-Gods, heroes who have received the blood of the god-queen Marika and are thus blessed especially strongly. However, from a certain point in time, people who are not blessed started to appear in this land. The blessed have golden lights in their eyes, and those who are unblessed do not, and are called the Tarnished, and are exiled.

The player character of Elden Ring is a descendant of the exiled Tarnished, and it is said that when the source of the Erdtree’s holy power- the Elden Ring- is shattered, the Tarnished will regain the blessings they once lost, in the form of guidance leading to the Elden Ring in the Lands Between, to become king.

The player character is brought to the Lands Between by a clear “blessed guidance”, which in the world’s setting is something close to a message from the gods, but is not absolute. Miyazaki says that it is up to the player whether to follow or doubt the message. Outside of the setting, the guidance is there to tell the player what to do at the start of the game so that they are not confused or lost due to the vast world. 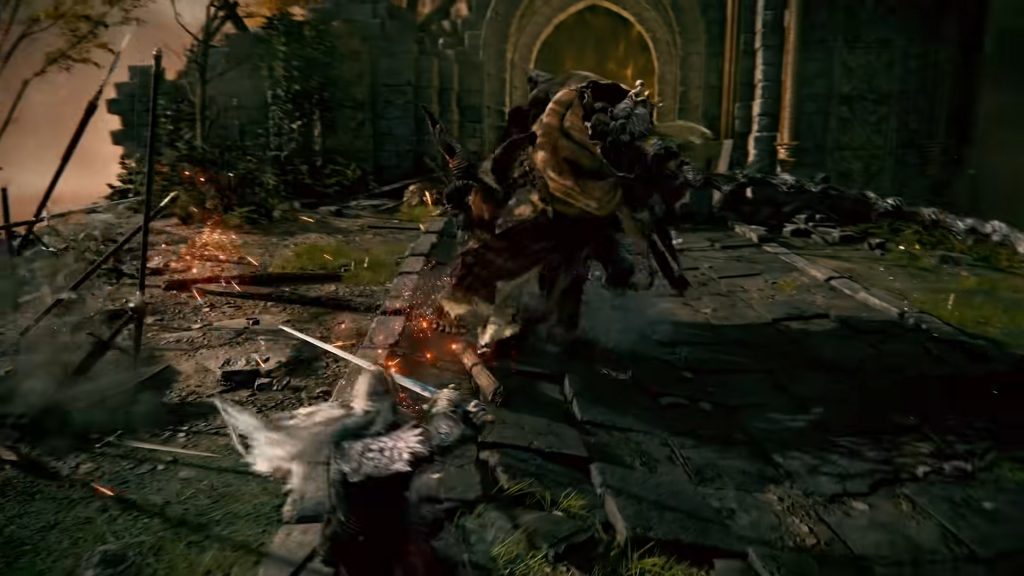 The interviewer asks if Miyazaki saying that the player does not need to follow the guidance means that the game has multiple endings, and he acknowledges this, saying that not only are there multiple endings, but that the paths leading to them are very free as well. Game progression is particularly free when compared to the Dark Souls series, and Miyazaki brings up boss battles, saying that there are very few bosses that absolutely must be defeated in Elden Ring, and the order and timing they are tackled is left up to the player as well.

The storytelling methods remain unchanged, with the player picking up bits and pieces and putting it together as they progress, but Miyazaki says that the core parts are now easier to understand, and that the story pieced together is also bigger and deeper than before. Regarding the in-game text, Miyazaki says that he supervised all of it, and personally wrote a large amount.

The interviewer goes back to Miyazaki’s statement that Elden Ring is an evolution of the Dark Souls series, and asks why the game is a new IP and not Dark Souls IV. Miyazaki says that this is because when Martin came onto the project, they wanted to avoid having him limited by the Dark Souls series’ world, and aside from that they felt that going with a new IP would simply give them freedom to play around with different ideas.

Elden Ring’s primary goal is to allow them to freely make a new dark fantasy that utilizes their know-how, that does not stick to what was established in Dark Souls, but at the same time is not afraid to be similar to Dark Souls, a different approach from Sekiro.

Elden Ring will be released on the Playstation 4, Playstation 5, Xbox One, Xbox Series X/S and PC on 21 January 2022