Type-Moon’s Nasu Kinoko and Takeuchi Takashi talk about the Tsukihime remake, Tsukihime -A piece of blue glass moon-, which was released for the PS4 and Switch on 26 August 2021, in an interview in the 9 September 2021 issue of Weekly Famitsu.

The interviewer points out how there is now a great number of portraits, and Takeuchi says that this was a result of the aforementioned “satisfaction through quantity” direction they were taking. Rather than having only the facial expressions change, they came up with many poses for each character, which resulted in them being more expressive. This resulted in Nasu having to sift through large numbers of portraits when deciding what to use in the story, and Takeuchi had trouble managing the data as well.

Nasu says that portraits combined with the voice acting made it feel to him like Arcueid is truly alive, and that he was really surprised when playing the completed game despite being an old gamer.

Next, the interviewer asks if the story was changed. Nasu says that he understands the feeling of “what I want to see is the original, not new stuff”, and that the Arcueid route remains mostly the same as a result, remaining in the same Tsukihime format as old fans remember. 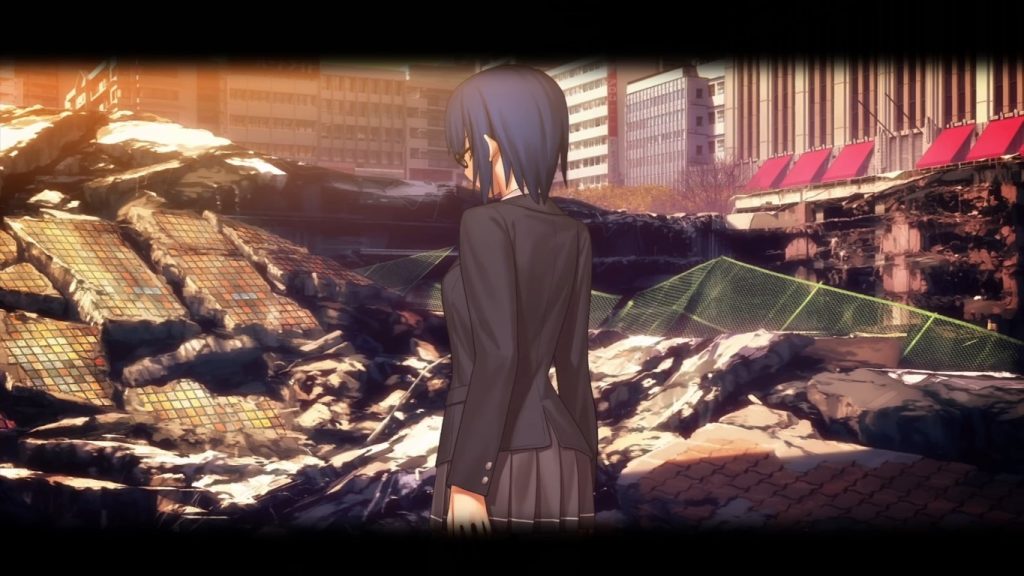 As for the Ciel route, however, Nasu says that since the Arcueid route is a reproduction of the old Tsukihime, he decided to make the Ciel route something that nobody has seen before. While the core and various key points throughout the story remain the same, the rest of it is expressed through methods that are possible only because of where Type-Moon is now. While the Arcueid route is the same recipe with different ingredients, the Ciel route has a slightly different recipe.

Takeuchi says that there is one major change in the remake that old fans might find disappointing, but he hopes that they understand that there is meaning behind the changes.

After Nasu finished his work on Mahoutsukai no Yoru, and before the Tsukihime remake project started moving, the movie Evangelion: 1.0 You Are (Not) Alone aired. Nasu did not originally have high expectations, but when he watched it, he was amazed at the first hour which, while being a recap of the TV series, was remade with so many more details. He enjoyed the last parts even more as if it were something entirely new, and this gave him confidence that they were doing the right thing: Not just basing the remake on the old version of Tsukihime, but also doing the absolute best that they could now. 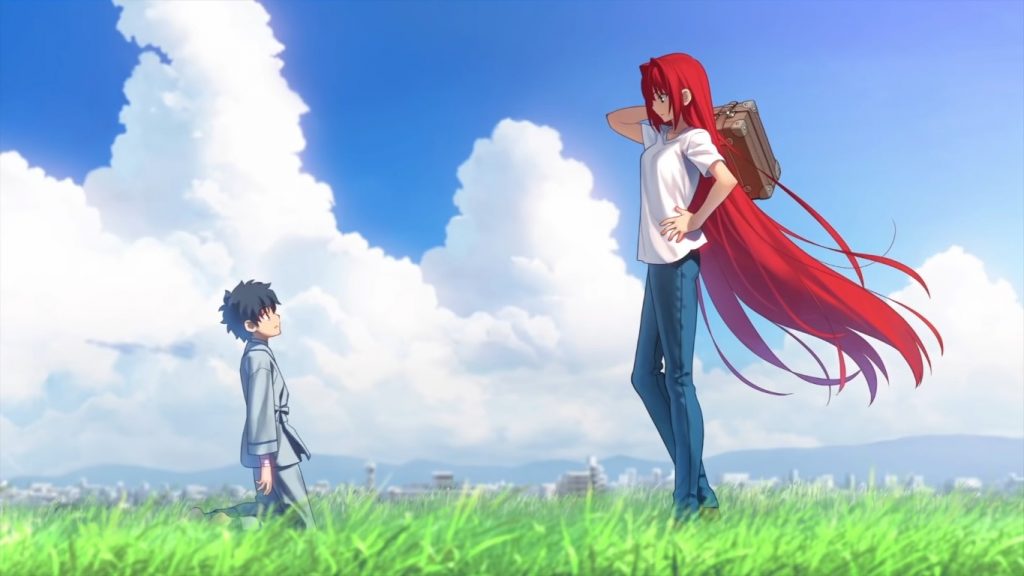 He says that scenes that Tsukihime fans would want are of course left in, but other things, such as those that people say things like “I like Tsukihime but it didn’t really need that” about, are revised.

The interviewer asks how long the game is, and Takeuchi says that testing puts it at 40 hours, or 60 if one listens to all the voices to the end.

The CERO rating of 18+ is brought up next, and the interviewer asks why this is the case even though sexual content was dropped. Takeuchi says that while they started the project deciding on dropping the sexual content, they also decided that violence would be left as it is. They did consider to some degree to make it milder for the CERO ratings, but found that doing this would ruin the most important scene, and so decided to go with the 18+ rating. As such, nothing had to be changed, and the game is 100% Tsukihime as it ought to be. 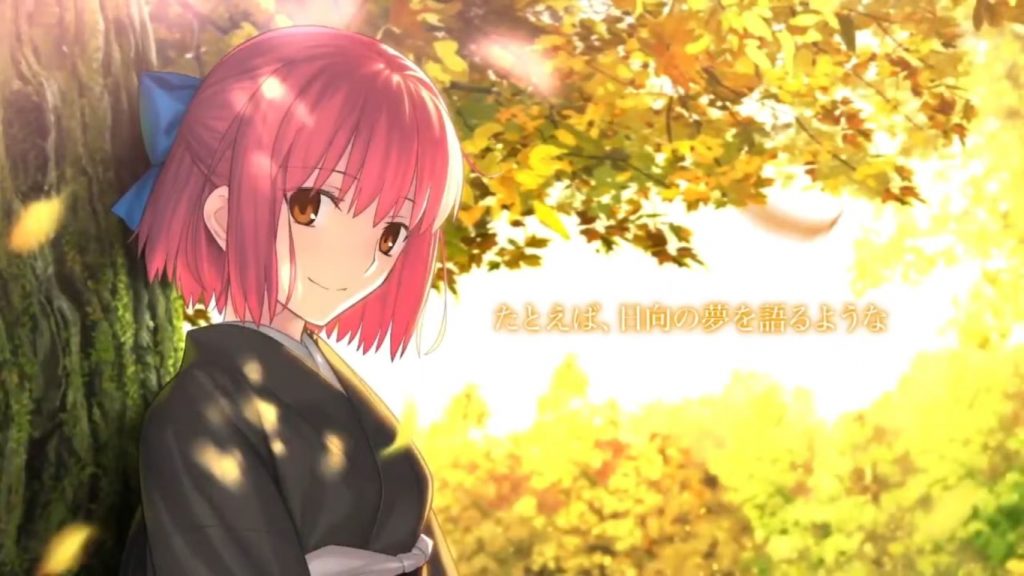 Nasu points out, however, that this only applies to the content in the Arcueid and Ciel routes, and says that he does not know what will happen with the remaining routes.

The interviewer points out how the Tsukihime remake’s opening animation is handled by Ufotable, which previously worked on the anime adaptations of other Type-Moon works such as Fate/Zero, Fate/stay night: Unlimited Blade Works, Fate/stay night: Heaven’s Feel, and Kara no Kyoukai, and asks if there are any plans for a media mix. Takeuchi says that while this is not a media mix, they did get the manga-ka Takenashi Eri, Sasaki Shonen, and Kibadori Rue to do play report manga for the remake.

Nasu adds that when making the remake, their biggest rival was Sasaki Shounen’s manga adaptation Shingetsutan Tsukihime, which he says did a good job of fixing the problems with the Arcueid route while also including good parts from the Ciel and Akiha routes. He thinks that it was fantastic, and when making the remake felt that they had to do something better than this. They had Sasaki play test the PC version of the remake at the end of 2020, and he loved it, and Nasu thought that if Sasaki was satisfied, then there was nothing to be afraid of.

Takeuchi says that they are very sorry to have made fans wait for so long since the announcement of the project. Type-Moon’s brand name came about from their working on Tsukihime, and it is a very precious game to them. They created the original game with only four people, and people who played the original like Koyama Hirokazu and BLACK joined them, forming Type-Moon as it is now, which eventually led to the remake. The remake was made to have old fans meet Tsukihime again, or to have new fans play it as something new. The story, graphics, music, and casting are all new, and he hopes that fans will experience it.

Nasu also says that he is sorry to have made fans wait, and that he is thankful that they waited for so long, but also that he is confident that the quality of the game justifies the wait. While novel games are growing less mainstream these days, interesting things will remain interesting, and they made the game believing in this, which resulted in it ending up interesting. He thinks that if fans play it, they will find that it exceeds their expectations. He says that nothing will make happier than players approaching the new Tsukihime with a clear mind and enjoying it.