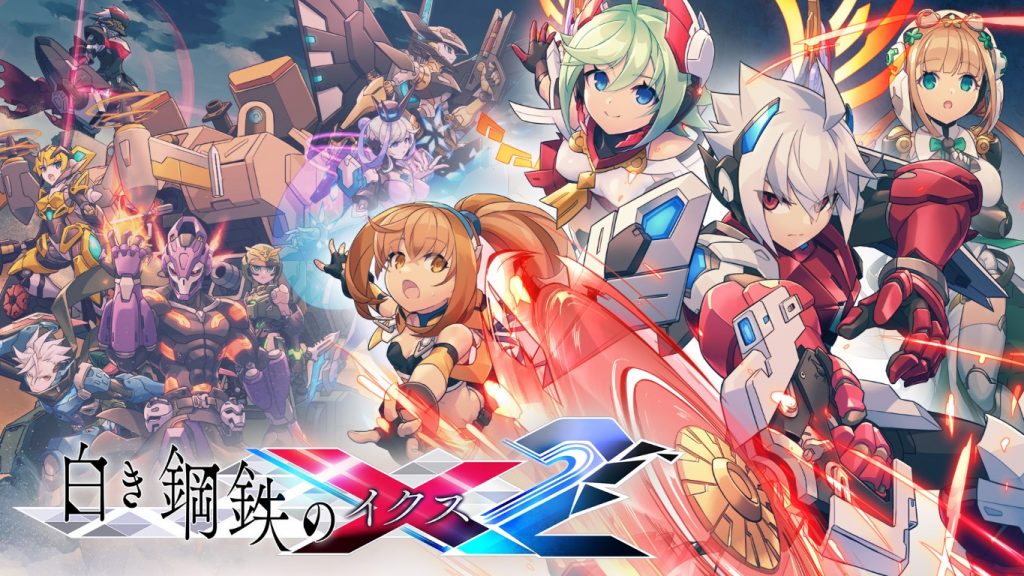 A demo for Inti Creates’ upcoming Gunvolt Chronicles: Luminous Avenger iX 2 was available for attendees at Tokyo Game Show 2021, and we had a hands-on session with it. 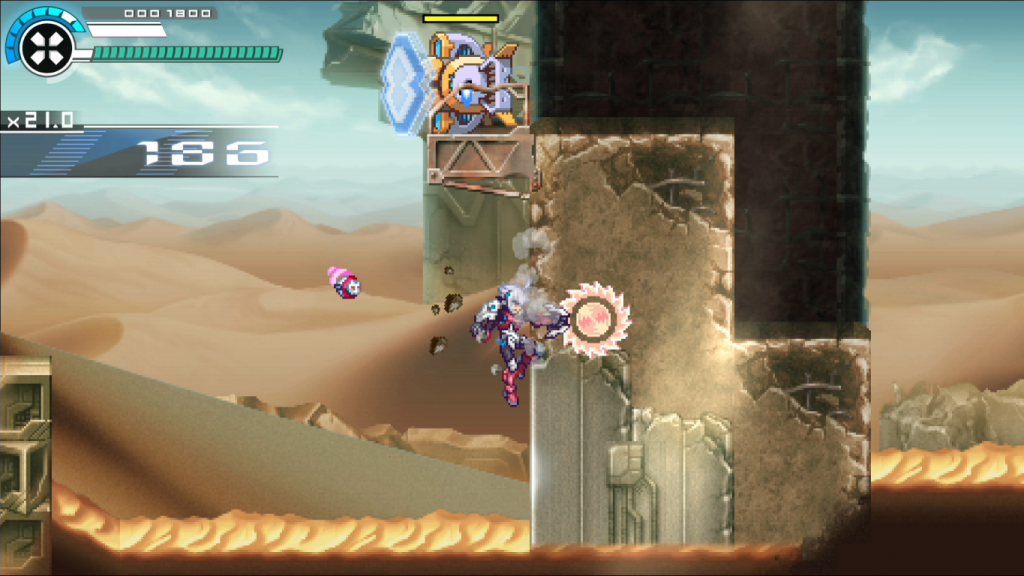 The demo had two stages available, and we tried out the first one, taking place in a desert area. While it might be hard at first glance to discern the game from any other 2D platformer, actually touching the game soon makes it clear that it is, like the other games in the series, quite unique.

Movement is fairly standard, with the player having an air dash, a hover, and the ability to climb walls, but the ranged attacks is where the game stands out. While the player just has a three-hit melee combo on the ground, ranged attacks, which are homing, can only be shot while in the air, and also first require the player to lock on to an enemy by air dashing into them. 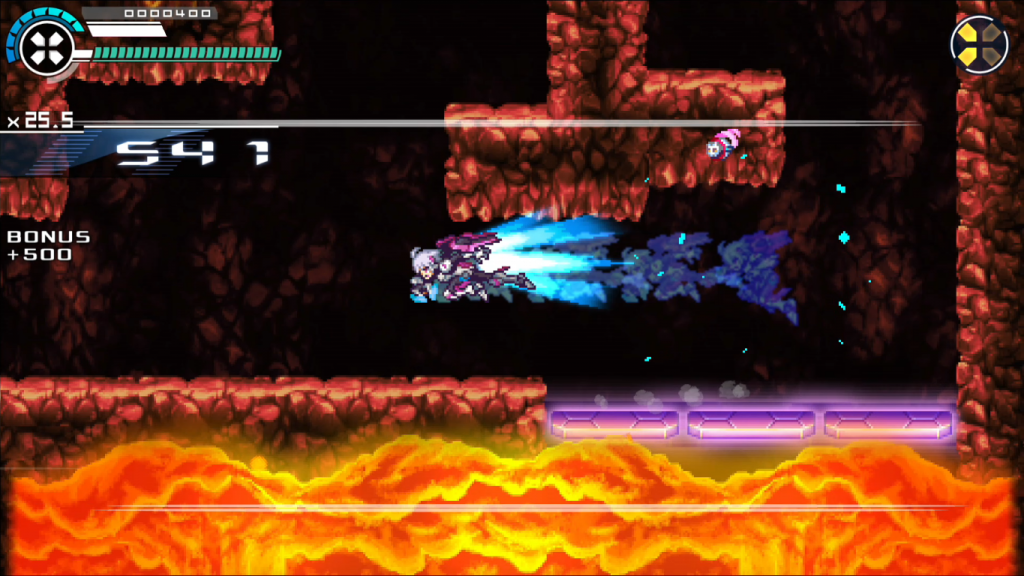 This writer found the action to be extremely satisfying, especially due to the speed and ranged covered by the air dash.

Another ability available to the player in the demo is the “Hyper Guard”, in which no damage is taken when there is no input from the player at all. Though this might sound overpowered at first, the instinct to dodge attacks and the otherwise constant movement could make actively aiming to use the ability tricky in regular stages: Boss battles is where the ability actually starts to shine.

The desert stage’s boss flies higher than the player can jump (thus making it hard to lock on for ranged attacks) for the most part of the battle, only coming down to attack. The attack patterns were all projected and eventually predictable, making the fight feel fair when trying to dodge attacks.

Though the Hyper Guard ability did feel like it completely negated some of the attack patterns, it seems that there are enemies that account for the use of the ability: In the latter half of the boss that we fought, the boss creates holes on the sides of the arena, and starts pushing the player towards them with wind attacks. Staying still to activate the Hyper Guard while this happens result in the player falling down a hole for an instant death.

Nevertheless, this writer did feel that the Hyper Guard ability might be a bit too overpowered, and asked a few questions about it. While there are no other restrictions on using it, in the final game it is not an ability available by default, and has to be obtained. Additionally, they are still balancing the game and might adjust how the ability works in the future.

The game also has numerous other features such as the ability to heal, a powered up “Overdrive” mode, and “EX Weapons” obtained from defeating bosses.

Overall, the Luminous Avenger iX 2 demo feels fantastic, with fast-paced action that controls great and fun boss fights. The 2D sprites and animation also look fantastic, especially in an age where the style is becoming less and less common. Anyone who is even the slightest bit interested in 2D platformers should definitely keep an eye on this title.