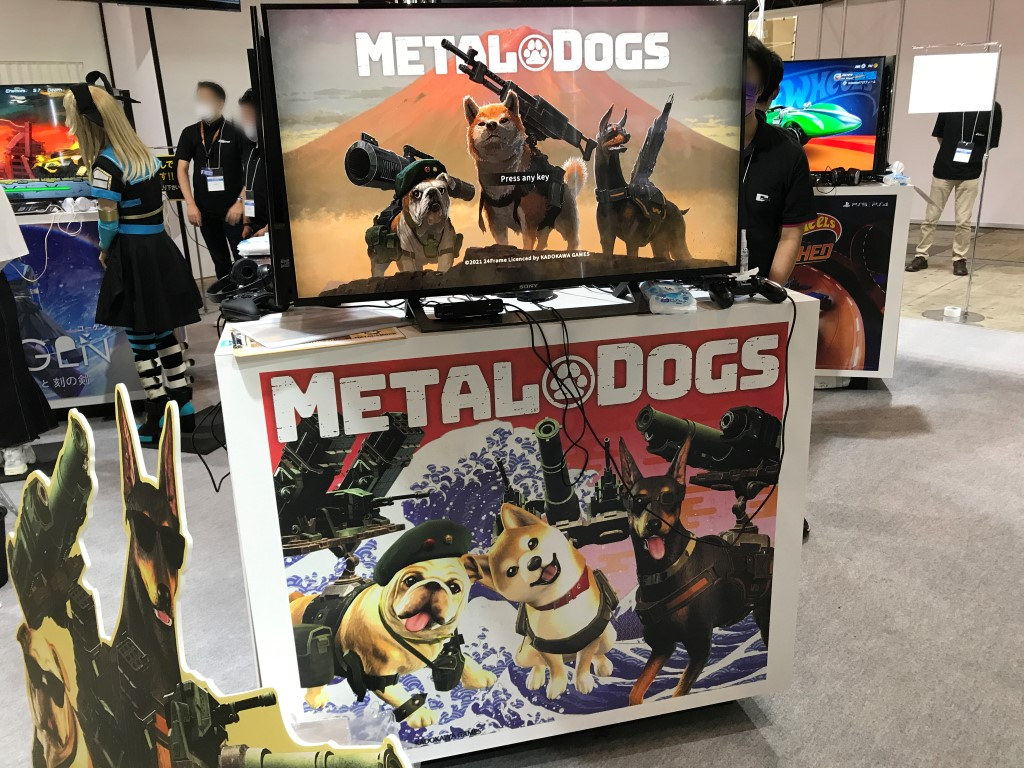 A demo for the post-apocalyptic dog action dungeon crawler Metal Dogs was available for attendees at Tokyo Game Show 2021, and we had a hands-on session with it.

Metal Dogs is a spinoff of post-apocalyptic RPG series Metal Max, but shares little in common with the series: The game is designed to stand on its own. 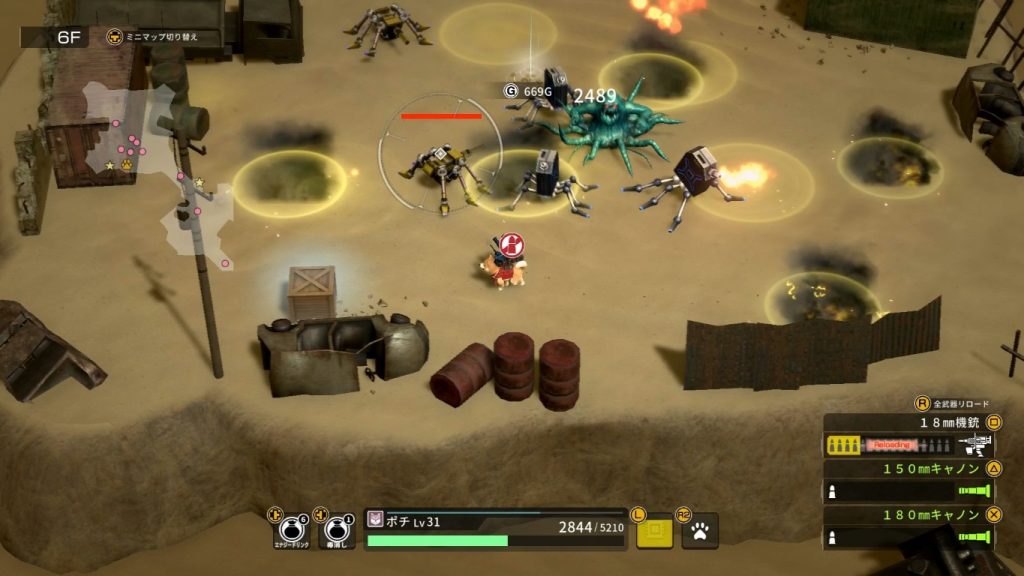 The premise of the game is simple enough: The player takes control of a dog armed with up to three weapons, and goes through randomly-generated dungeons. Drops are of course also randomized. Both the player and enemies mainly use ranged attacks, and boss enemies can fire so many projectiles that the game can at times feel like a bullet hell.

The game is heavily inspired by roguelike (or roguelite) games, but is not itself a roguelike: While it has the familiar top-down view and randomly generated dungeons and loot, the player can level up, and keeps their equipment and items on death – It might thus be better described as an action RPG dungeon crawler. This only applies to normal difficulty, however: The game also has a hard mode, which has more focus on roguelike elements. 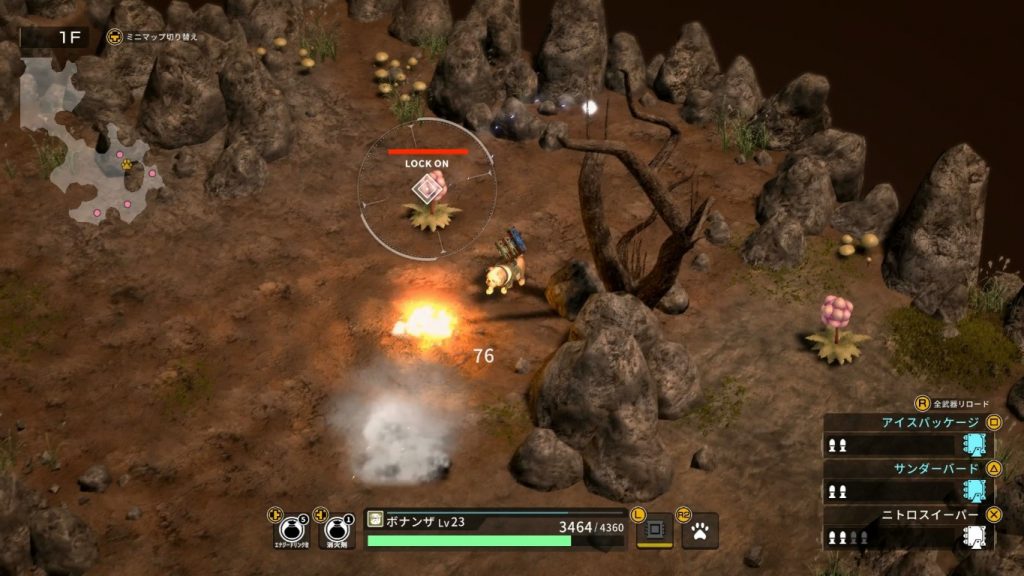 Hard mode makes it so that the player loses all equipment and items on death, and takes more damage when hit from behind. Additionally, healing is toned down significantly, with enemies no longer dropping healing items at all and the number of healing items the player can bring with them reduced. This mode also disables the auto save function, and the player needs to use consumable items to save the game. Finally, the player can no longer leave a quest (dungeon) without clearing it: Once you go in, you have to clear it to escape with your equipment and items intact.

Another major change that hard mode makes is how all weapons now use up ammo (weapons have unlimited ammo on normal mode). While enemies do drop ammunition, overusing a weapon can still result in the player running out of ammo, which can be fatal in a boss fight. The addition of this feature makes it so that the player has to manage their ammo, and helps add to the tension of the game. 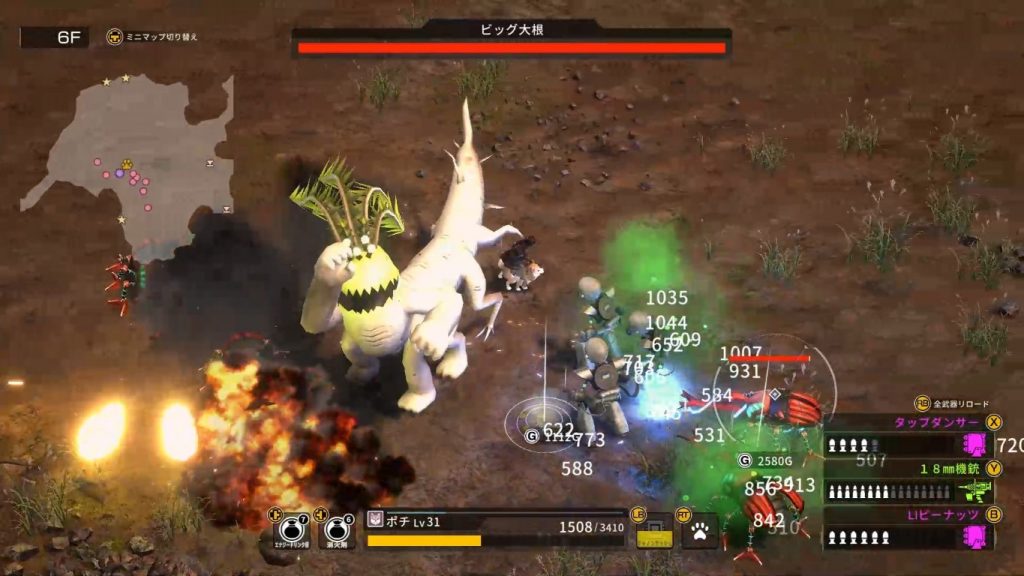 We played both normal and hard mode in our hands-on session with Metal Dogs, and this writer found hard mode to be quite fun.

The game is still not complete, and we were told by the staff at TGS that hard mode especially is still being balanced. While the game may already be available on Steam Early Access, anyone looking to purchase it there should remember that the game is not completed yet: The release is slated for winter 2021, which we were told means early 2022. Reviews you might see for the Early Access version of the game may already be obsolete by the time you see them due to updates. 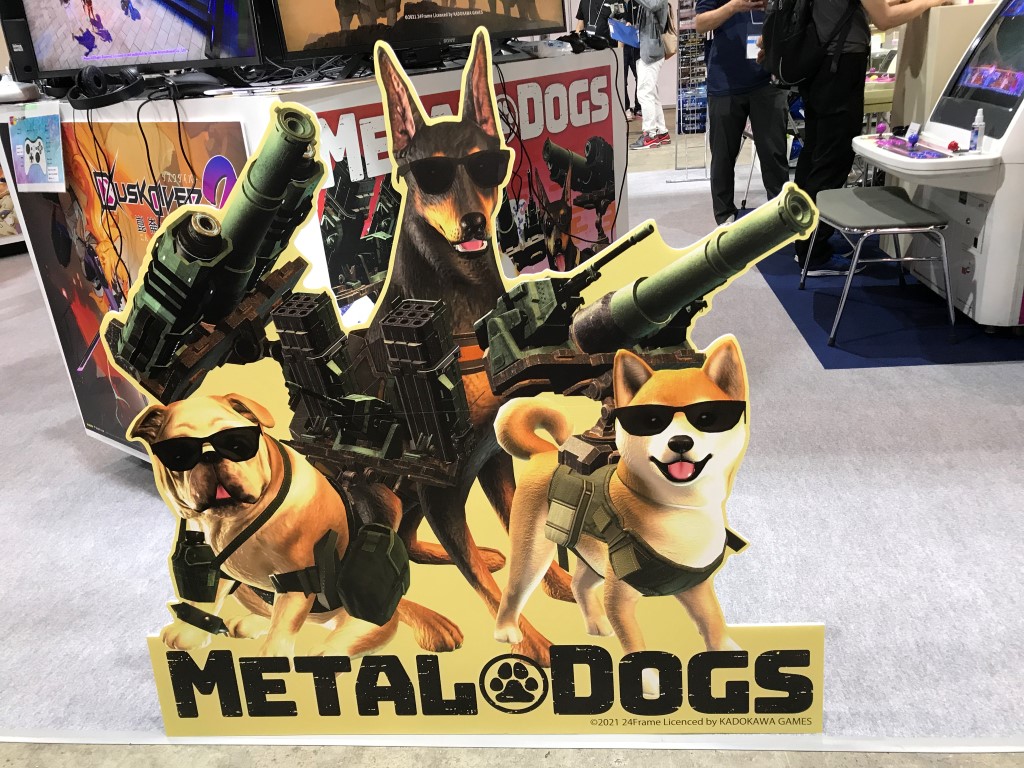 Normal mode is balanced enough for casual players, and hard mode is being balanced for players looking for a tougher experience – Western audiences in particular. The gameplay being accessible to anyone combined with Metal Max’s unique (and ofttimes bizarre) aesthetic and the cute dogs means that Metal Dogs looks like it can be great fun for pretty much anyone.