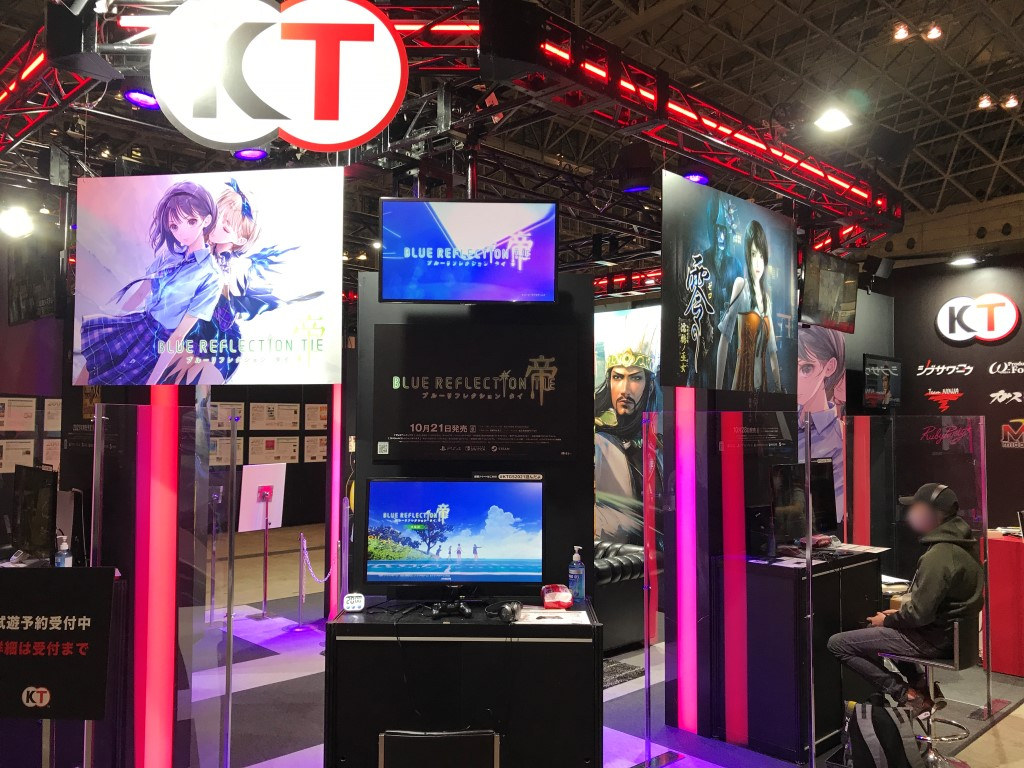 A demo for the upcoming Blue Reflection: Second Light was available for attendees at Tokyo Game Show 2021, and we had a hands-on session with it.

Blue Reflection: Second Light is a sequel to 2017’s Blue Reflection, an RPG in which players took control of a girl in a high school who goes around solving mental and emotional problems for schoolmates by using magic powers to dive into another world representing the collective unconscious, and defends the school from monsters.

Second Light has a significantly different setting from the first game’s: Instead of taking place in the real world, it takes place in another, otherworldly realm. The player character and party members are girls who have found themselves in this other world, and explore it out of a school building they use as a home base, looking for a way home. 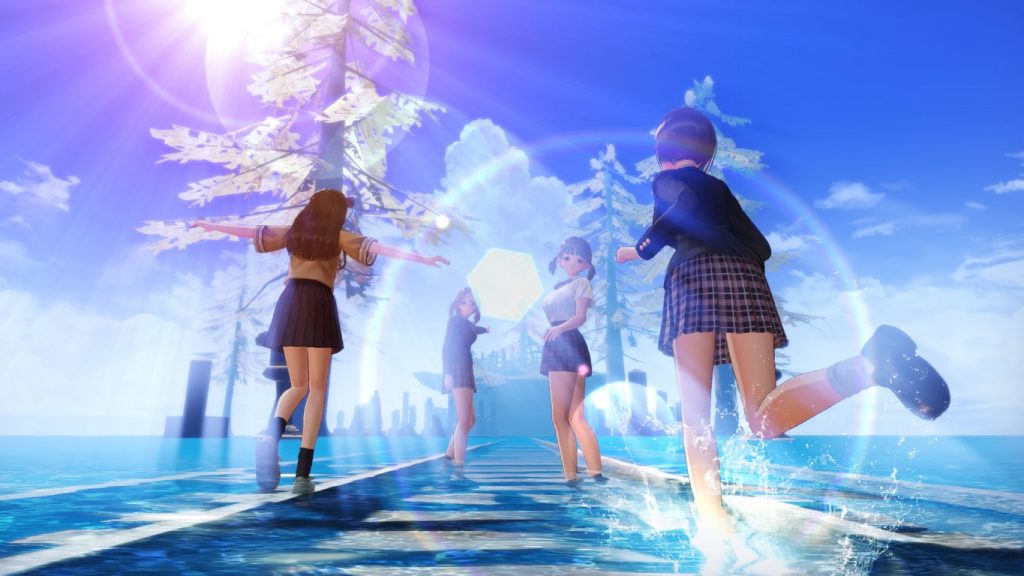 There were two demos available at Tokyo Game show- One which has the player go through the beginning of the game and experience the start of its story, and another which jumps ahead and allows the player to experience some of the gameplay; we tried out the latter.

Like the first game, the game primarily consists of a hub (the school) and dungeons. While story-wise Second Light differs greatly from the original by having the school in the same world as the dungeons, functionally they work the same, with the dungeons existing as a separate part from the school.

The gameplay demo lets the player try out crafting, building, and combat. Crafting is simple enough: The player obtains materials by picking them up or defeating enemies in dungeons, and can then use them to make food or items back at the school. It is more complex than the first game’s, however, in how the player chooses which characters are involved in the crafting process, which affects the resulting item’s properties. Additionally, certain combinations of characters can trigger special conversations.

Building is an entirely new feature, in which the player uses materials to build new facilities in the school grounds, such as a swing set or takoyaki food stand. There are multiple slots for such facilities, and the player can freely choose where to place them, and visiting the facilities after they are completed can result in special conversations.

Dungeon exploration has been changed significantly from the first game: The jump function has been completely removed, replaced with a “stealth” type crouch which highlights enemy vision cones on the field. This can be used to sneak past enemies without triggering them. Enemies also now move significantly faster on the field: While it is still possible to outrun them, this actually requires effort, and one cannot run circles around them like in the previous game.

There is also a photo mode, the same feature that has been returning in most of Gust’s recent games. 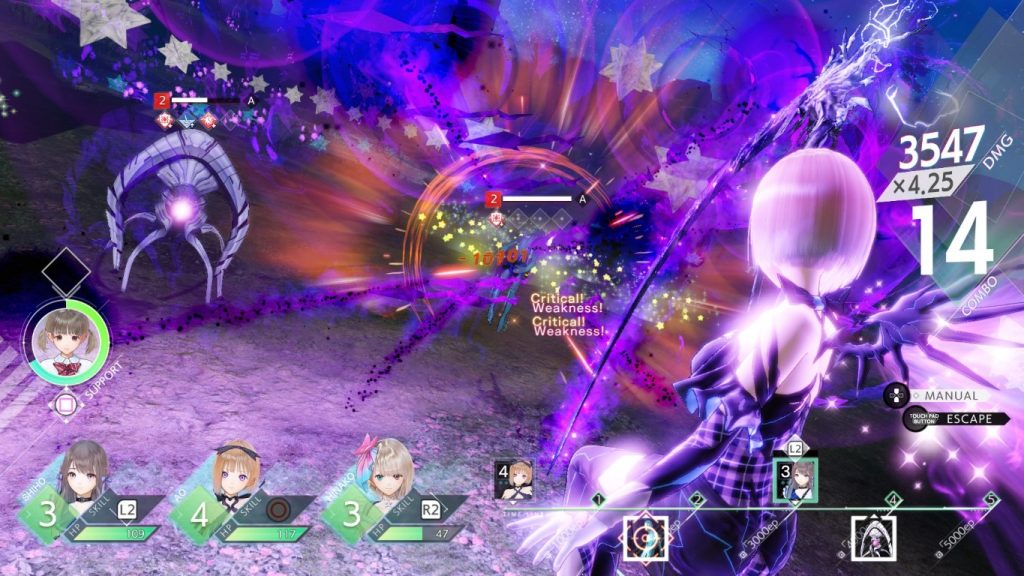 Combat has been completely revamped, bearing no likeness at all to the previous game’s system. Battles are now semi-realtime, in the vein of the Atelier Ryza games. Unlike Ryza, however, the player can take control of all three party members at the same time: When a character is available to move, an icon showing their corresponding button appears on the time line, and pressing it opens their menu, which pauses time. This can get quite hectic, but the developers seem to have considered this, and included a mode which automates the other two party members. This can be toggled in battle at any time.

Battles also have a huge quality of life improvement in how, if a skill is effective against any of the enemies present, it is highlighted in the menu. Upon selecting the skill, the enemies weak to it are also highlighted.

While only three party members participate in battle, parties actually contain four members, with the fourth being a support member who can use skills and items to help out.

Some characters, like the previous game’s protagonist Hinako who returns in this game, can transform into another form. While the characters would transform before entering dungeons in the previous game, Second Light makes it so that they transform in battle, with corresponding animations. The options menu lets the player set the frequency of these animations: Once per battle, once per dungeon, or off entirely.

We only had 20 minutes with the game, which was scarcely enough to experience all of the features: For example, we were told that boss fights have their own unique systems involved as well. From what we saw, however, Blue Reflection: Second Light looks great, and could very well surpass its predecessor.