Nihon Falcom CEO and Kiseki (Trails) series producer Kondou Toshihiro discusses the newly-revealed Kuro no Kiseki 2, the next game in Falcom’s acclaimed Trails series, in an interview in the 20 January 2022 issue of Famitsu.

The interview next goes on to discuss the new field battle system. Kondo says that they saw improving the tempo of battles in the Trails series as a problem to be fixed, and were looking for a solution. They then came up with the idea of combining the exhilaration of the Ys series’ battles system with the tactics of the Trails series. 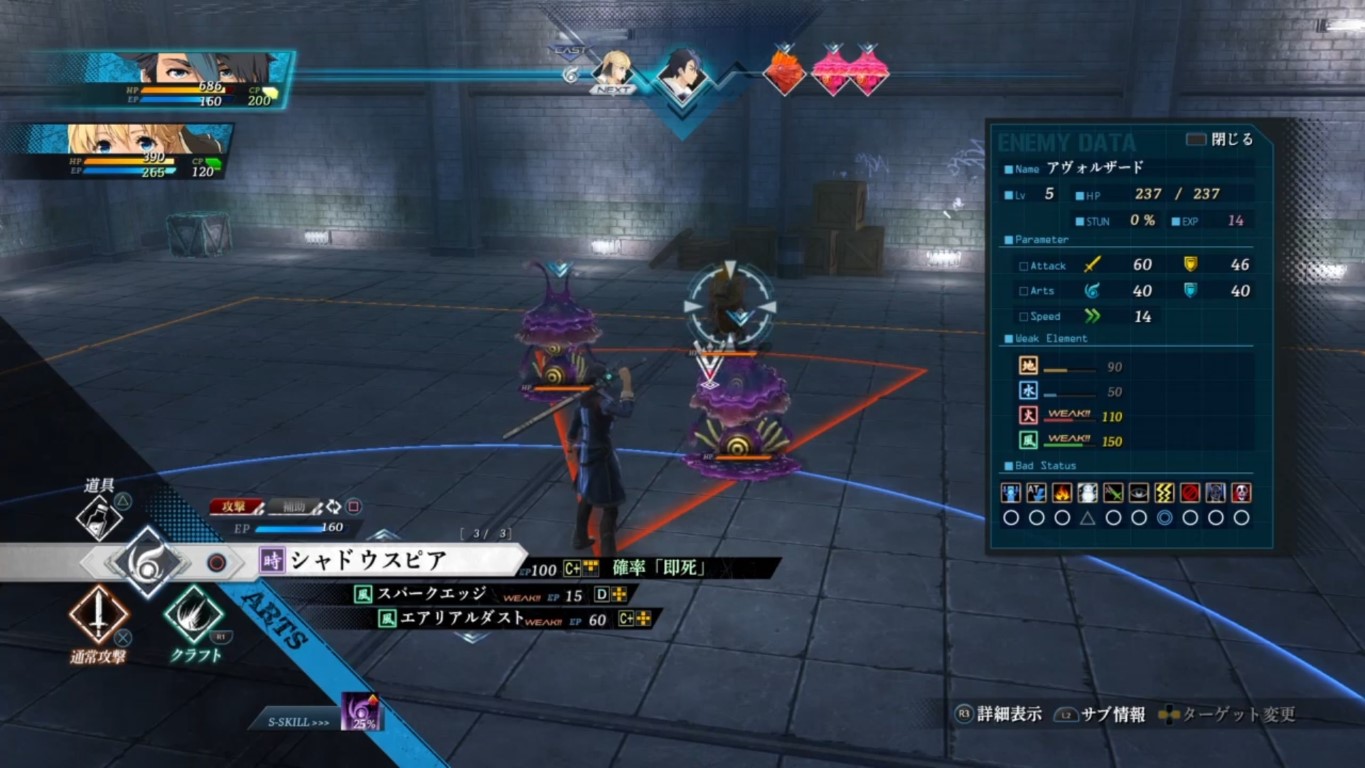 The new system was already complete to some degree at the trial phase, but what came after was challenging: Attempts to combine command-based and action battles tend to fall through and end up with the two elements separated from each other, and Kondo was worried about how it would be balanced out. It ended up the way it is in the game, and he was pleased with the results.

As for feedback on the battle system, Kondo says that many players found it to be refreshing and new, but some, especially older fans, found it confusing. Additionally, many people found the shard skill system to be hard to understand, which he says is a problem they want to fix. According to Kondo, the staff who came up with the system liked the orbment system in Trails in the Sky, and brought back the element point system with the intent of giving the player a feeling of fiddling with a gadget in order to get it to work better.

Regarding Hate (Aggro) Kondo says it was added to the game late in development. Van did not stand out in battles during development, and they added Hate, which he can draw, as an element to give him a distinct role in battle. As a result, Van became a central part of the battle system, as they wanted. 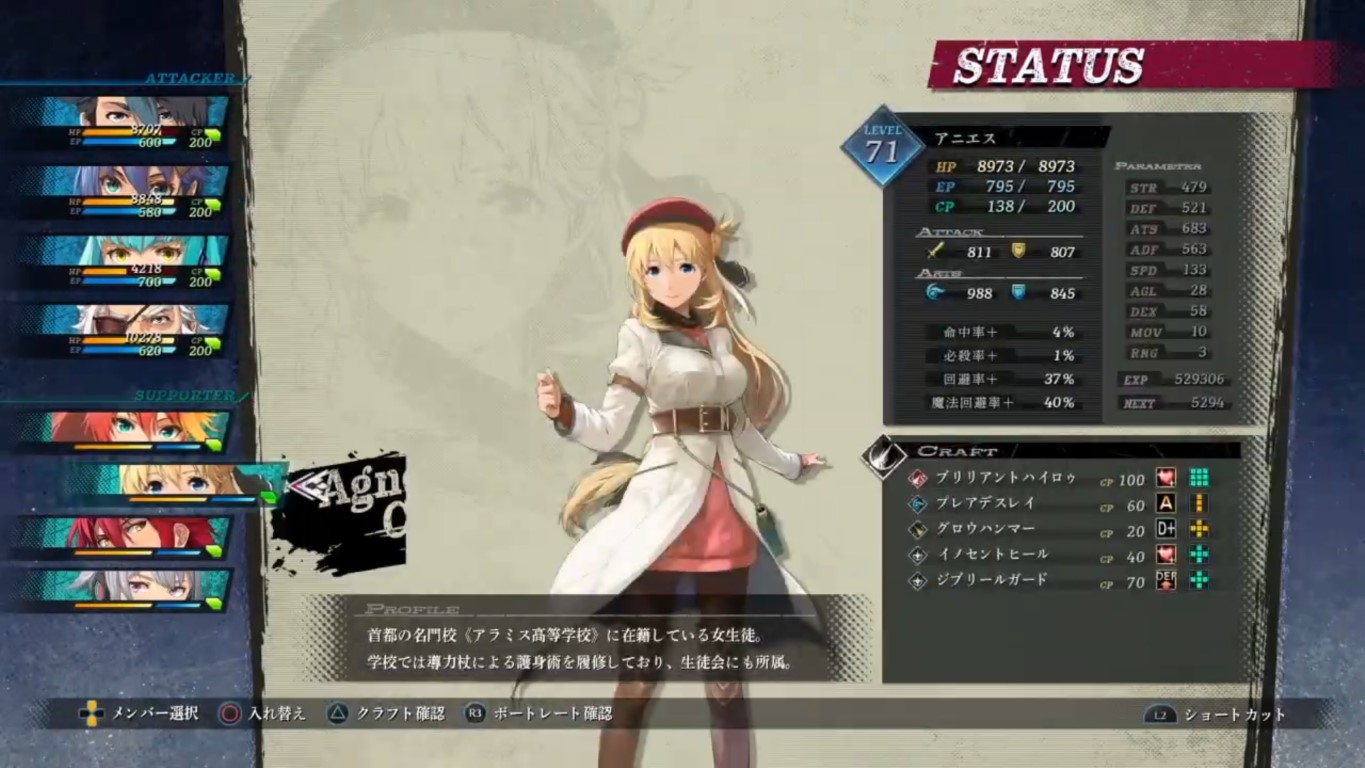 Kondo acknowledges that the new UI takes time to get used to, but also notes that they received feedback from players saying that once used to it they found it to be easy to use. Another aspect of the UI mentioned is the achievement system, with many players, including the interviewer, not noticing how to open the screen and collect the rewards. Kondo says that not collecting rewards changes the balance of the game quite significantly, and thinks they might have crammed too much into it.

Kondo also says that many players did not realize there is a button that lets you heal the entire part with one push, and thinks that they need to put more effort into making things easier to understand, which prompts the interviewer to say that post-release updates did improve the game to some degree. Kondo replies that the updates included things that they had planned from the beginning, but did not make it in time for the release, such as the framerate improvements. That being said, they did not manage to include everything that they wanted, such as minigames and books, and plan on doing so in the next game.

The interview moves on to talk about the sequel, Kuro no Kiseki II -CRIMSON SiN- next, and the interviewer asks about the meaning behind the title. Kondo says that they started off pondering whether to change the “Kuro”, just add a “II”, or add a subtitle before settling on the latter two.

Before Kuro II’s story was settled on, a designer came up with the idea of having an enemy Grendel, and the other devs liked the idea, which resulted in illustrations being made immediately. The story of the game and its title were then based on this, which Kondo says is a rare occurrence for a Falcom game.

They also collected ideas for the story from a wider range of staff, looking at input from outside the usual circle of writers, and they found a lot of ideas from new staff who had just joined the company to be quite good, and they are taking the approach of putting those ideas together. After that Kondo decided on having the theme color of the game to be crimson, and decided on the subtitle “CRIMSON SiN”. The interviewer asks what “SiN” means in this context, and Kondo says that it simply refers to the religious concept of sin, and that he cannot say more at the moment as it is a spoiler.

Kondo says that Kuro II will introduce a new “concept” that changes the flow of the entire Trails series up to this point, and hopes that fans look forward to this. The content of the game itself is a large flow that had already existed, that now has ideas from the staff and new employees added on to it, and he says that the idea of the crimson Grendel is something that he and the older staff would not have been able to come up with.

The interviewer points out how only Van and Elaine have been shown, but not Agnes, and Kondo says that this is purely for story reasons: Van and Elaine working together is a huge point to consider, and he hopes that fans will wonder about the sort of situation that would lead to the necessity of such a response. He also denies speculation that Kuro II has a double protagonist system: Van is still the one primary main character.

The story of Kuro II starts in 1209, but Kondo denies speculation that it takes place a whole year after Kuro, which takes place in 1208. Kuro ended in the winter of 1208, and Kuro II takes place some time after the new year, after the people have had time to settle down after the events of Kuro. 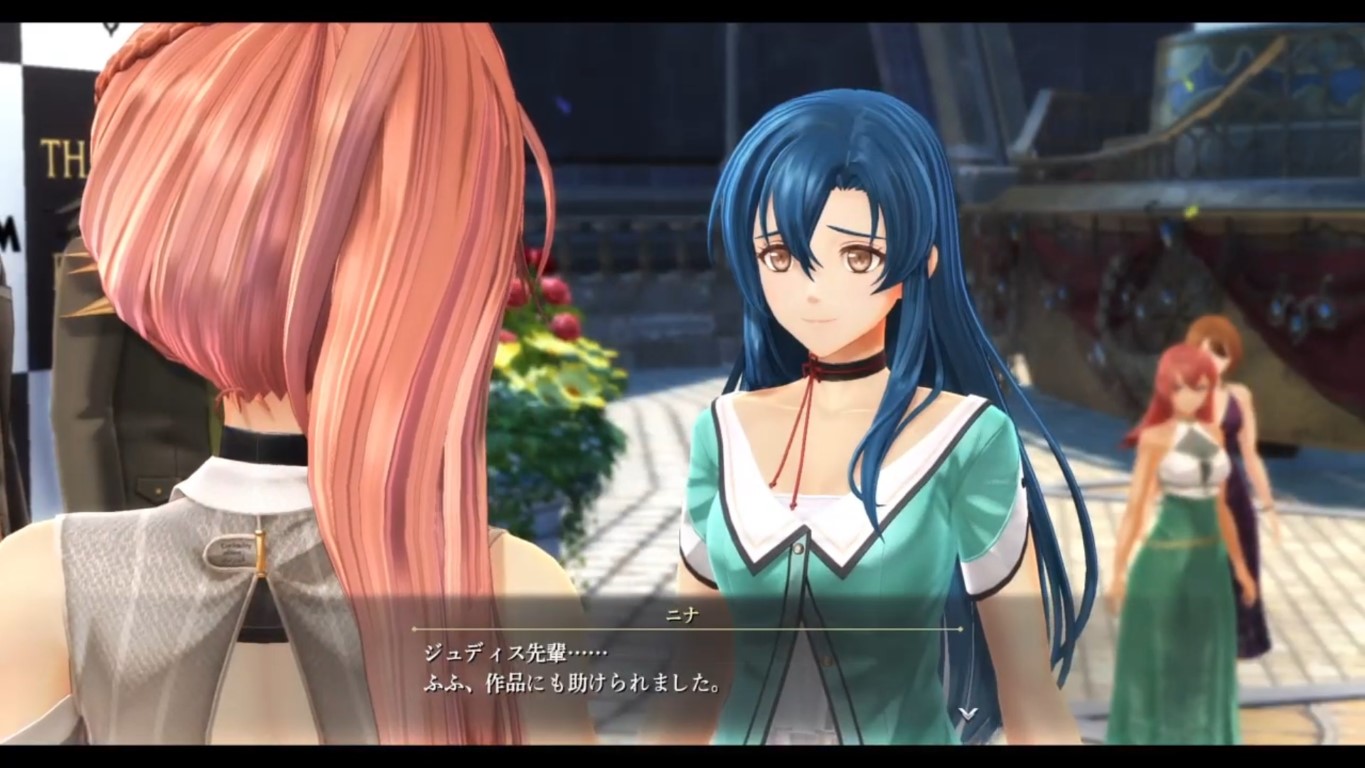 The interviewer asks if the game will touch on the series’ core mysteries, and Kondo says that clues will appear, and all he can say about them at the moment is that they are “concepts” that have not appeared in the series up to this point. As for the Sept-Terrion, the interviewer wonders if one has already appeared in Kuro despite not seeming to have done so, to which Kondo laughs and says that he has no comment. The interviewer also brings up “a certain suspicious actress”, to which Kondo also says “no comment”.

When asked about Calvardian president Roy Gramheart and his “space force”, Kondo says that details there will be revealed bit by bit. The whereabouts of the last Genesis are also a big point in Kuro II’s story, as is figuring out what Genesis even is.

Next, Kondo is asked if the player will return to locations seen in Kuro in II, and he says that in addition to returning locations, the player will also go to new ones, such as areas in Edith that the player did not see in Kuro. While the Kuro II continues to take place in Calvard, not all of the country was shown in Kuro, and Kuro II will show some of the places in between the places shown in the previous game. 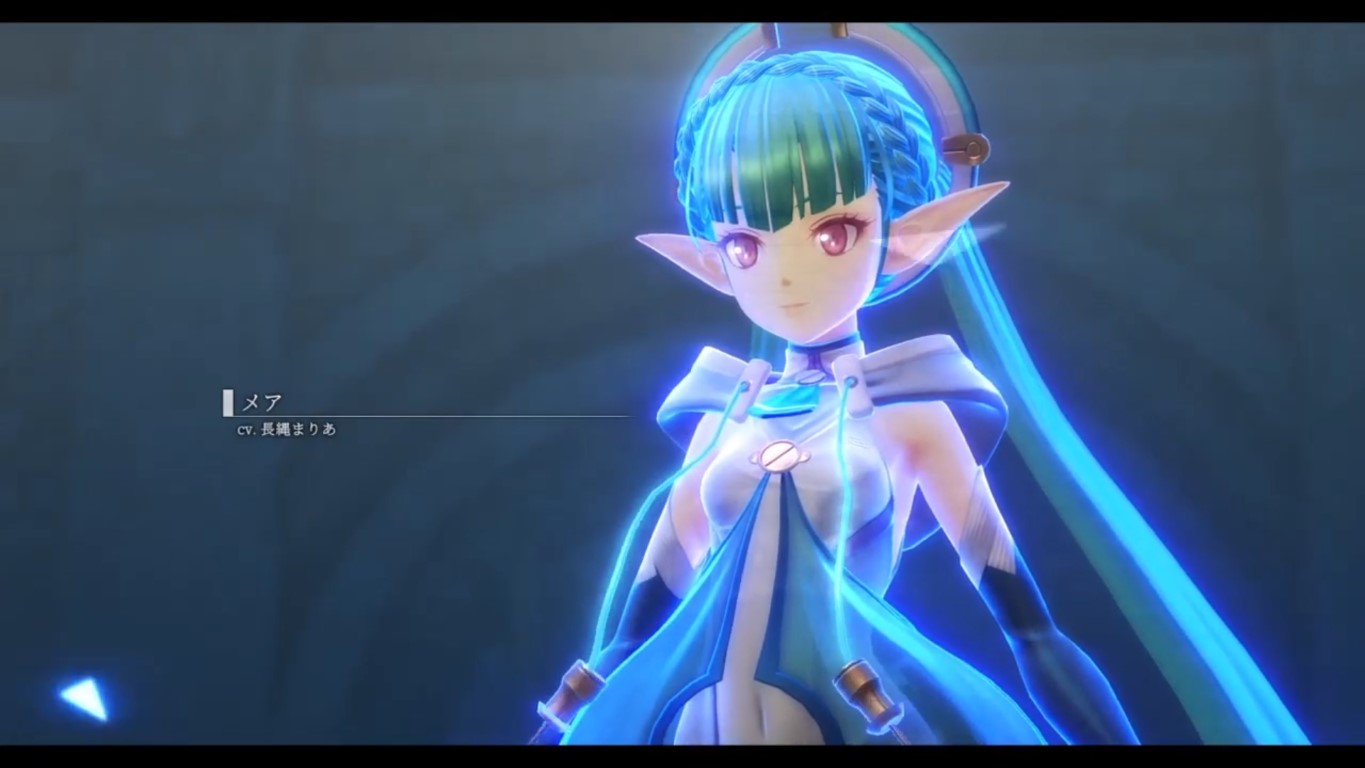 Regarding the screenshots revealed so far, Kondo says that the crimson Grendel is the start of the story, and one of the mysteries is who is transforming into this Grendel. This Grendel might also have something like Mare associated with it too.

As for development, the story’s outline has been completed, and Kondo says that since they have announced the release he is worried about making it on time. The battle system of Kuro II is mostly based on Kuro’s, but with effort put into fixing the problems previous mentioned in the interview.

The interviewer asks if the story will follow Kuro’s formula of Van’s agency heading off to solve problems, and Kondo says that it will to some degree, but they are also considering testing out some exceptions, and says to wait for more details. 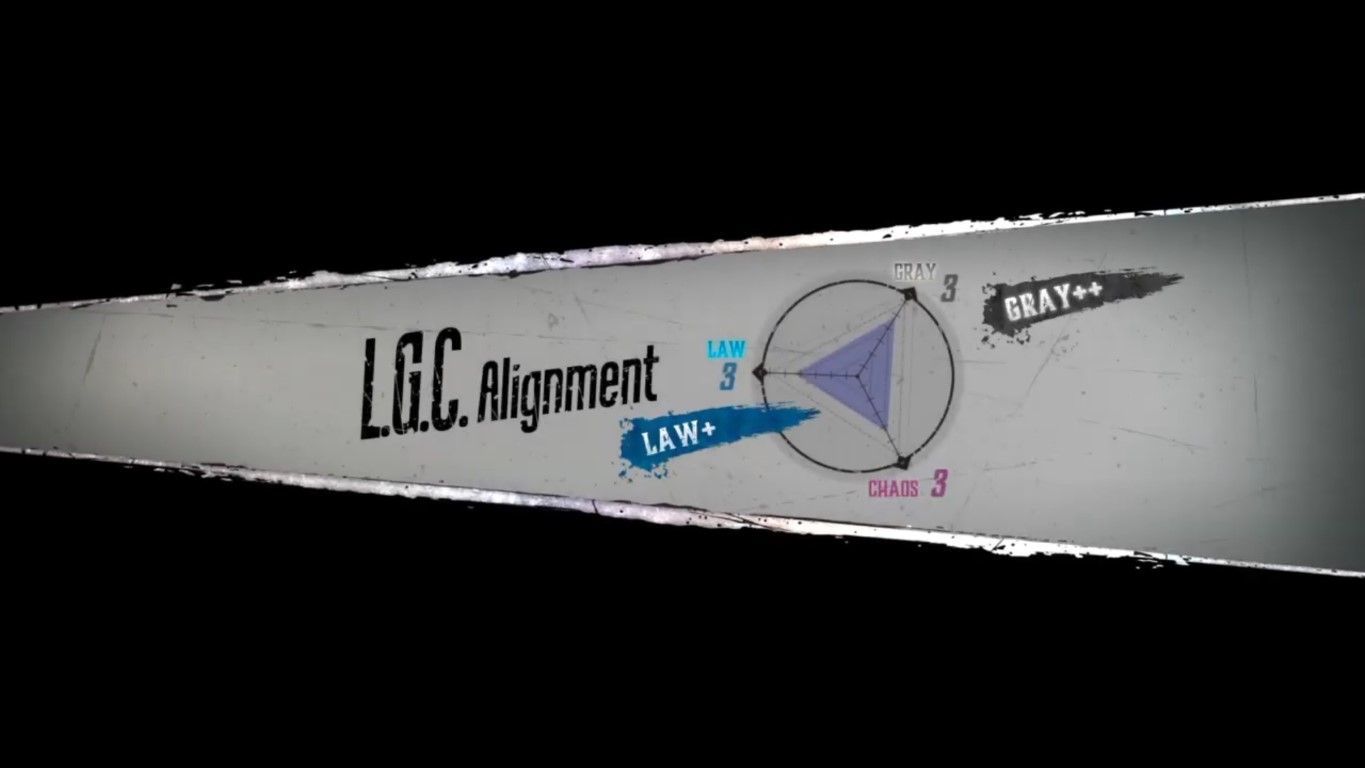 The alignment system will return, and Kondo says that they hope to bring back the minigames and books as well. They also want to bring back food as a collectable, but he says that thinking of new recipes is getting difficult, so it’s still under consideration. They also intend on having players with save data from Kuro getting bonuses in Kuro II, though nothing is concrete yet. They also intend to have Kuro II have the same 60 FPS options as Kuro, and are also currently working on PS5 compatibility.

Regarding the next batch of information, Kondo says that they plan to release a teaser trailer in early 2022: While the story may not be completed yet, fans will still be able to see things in motion earlier than they might expect.

Finally, Kondo is asked to conclude the interview, and he says that the events of Kuro II are of a far greater scale than those of Kuro. Kuro introduced the state of affairs of Calvard to the player, and the story will progress on the basis of the player’s knowledge, with a lot of large progress in things that have remained mysteries for a long time.

As for the game’s system, though Kondo himself was satisfied with the results, he is still confident that they can do even better, and they intend to present players with an even more refined system. The game will be released on both the PS4 and PS5, and he hopes fans will play it.