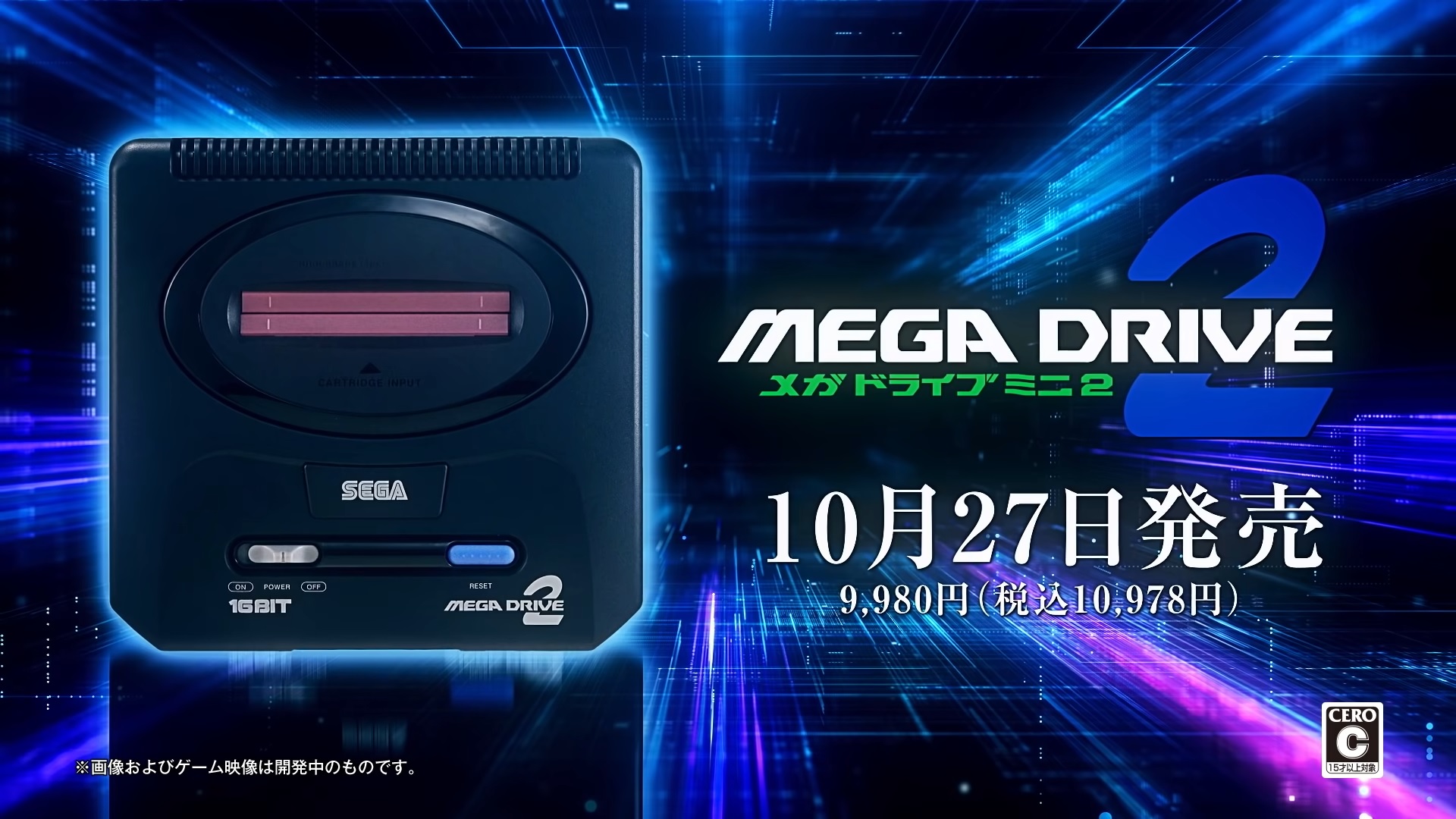 The 23 June 2022 of Weekly Famitsu features an interview with Sega’s Okunari Yousuke regarding development of the Mega Drive Mini 2. 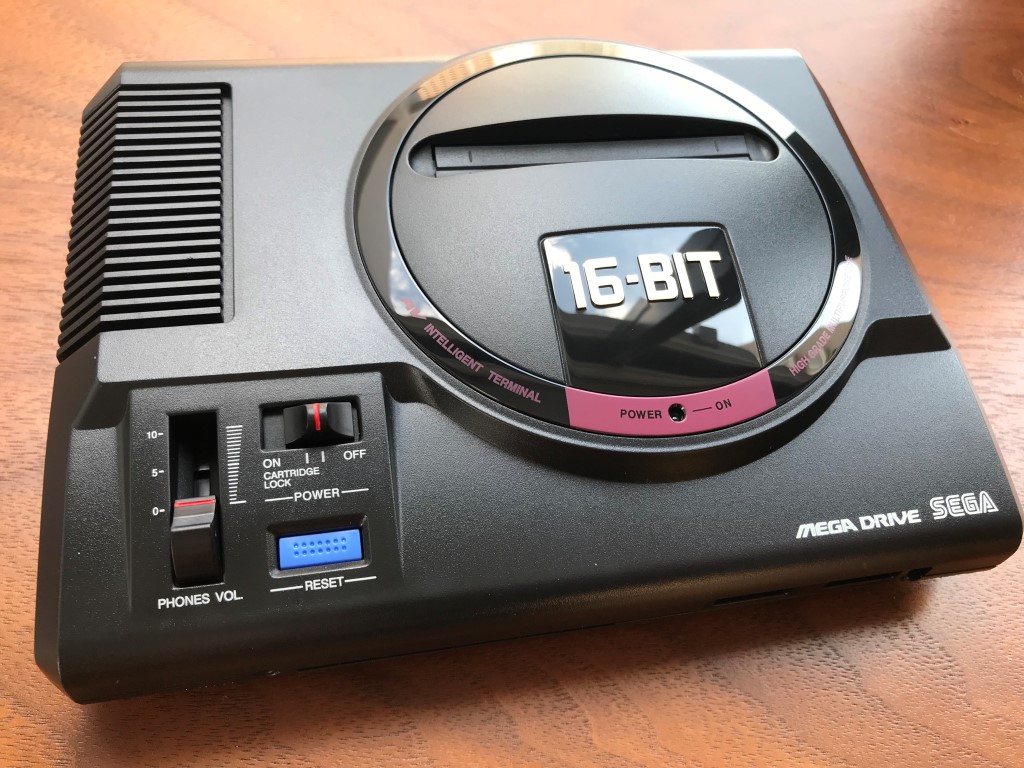 The first Mega Drive Mini was a special project for Sega: Typically, a project is planned out and approved by the upper management before development commences, but with the Mega Drive Mini the idea to make it came from higher up to begin with. Miyazaki Hiroyuki was appointed to it, and he chose the staff to form a special team for the project.

Additionally, normal projects usually have a specific department taking the lead, but with the Mega Drive Mini people from all sorts of departments worked on it while handling their usual workload, with no specific department in charge – Okunari himself had been working as a producer on a game for the Asia market at the same time then. The special team was disbanded after the project ended.

Okunari was about to get back to his usual work after the team disbanded, but then the Game Gear Micro project surfaced in another department. They asked for his help, and he was temporarily transferred to that other department to work on it. This was not just for the Game Gear Micro: The success of the Mega Drive Mini led to Sega considering the development of mini-consoles for the mid-term, and put him in charge of it, leaving him to think of future prospects while working on the Game Gear Micro.

Why not a Saturn Mini or Dreamcast Mini?

However, the timing of the transfer also coincided with the start of the COVID-19 pandemic, and thus the global semiconductor shortage. The Game Gear Micro did very well, and they had actually considered a second wave, but due to the semiconductor shortage estimates said that costs would go up to 150%. Charging the same price would result in a loss, and they did not feel that it would be right to charge more for a second wave, and so they felt that they could not continue with the Game Gear Micro. Okunari thought about things long and hard before eventually coming up with the Mega Drive Mini 2.

Okunari’s experience working on the Mega Drive Mini allowed him to easily plan out the Mega Drive Mini 2, as he knew what parts they would need, and remembered the manufacturing and distribution process from the last time. He does know that many people are probably disappointed that it is not a Sega Saturn Mini or Dreamcast Mini, but the Mega Drive Mini’s board is not good enough to run Sega Saturn games. The development of new boards is currently in limbo due to the pandemic as well, meaning that costs would skyrocket. That being said, he does say that he thinks it would be fun to make a mini-console that costs as much as a contemporary console someday.

The Mega Drive Mini 2 was approved by Sega’s upper management, but when they started getting the necessary parts, the semiconductor shortage started to get even worse. They could not obtain the needed amounts, and even if they could the prices were far too high, and so the project had to be put on hold.

After giving the situation consideration, however, they decided to go ahead with the bare minimum number of semiconductors. This meant the number of consoles they could manufacture was also limited, but Okunari says that they prioritized having enough numbers for the Japanese market. That being said, they still could not manufacture as many as the previous time. Additionally, the Mega Drive Mini actually sold far better in North America and Europe, where sales numbers were multiples times that of Japan’s. Nevertheless, they chose to prioritize Japan because they wanted to prioritize customers whose faces they can actually see.

Regarding the number of units manufactured, Okunari says that while the Mega Drive Mini might have been a limited run, they did manage to balance it with the demand of the customers, and as a result they managed to sell all of the units without prices skyrocketing as a result of lack of supply, or lower prices as a result of too much supply. While the Mega Drive Mini 2 has less units, he thinks it will go well, but urges people who are interested to pre-order earlier.

Okunari says that if the board didn’t fit, they would have turned it into a set with the Mega-CD 2, with the board in the Mega-CD 2 instead. In any case, using the previous shell was absolutely not an option. Another reason for this is because aside from being video game consoles, mini-consoles also have the facet of being toys to play with. The reduced size of the Mega Drive Mini 2 meant that in the process of the fitting the board in, the possible that the cartridge slot would not be functional surfaced, but they did their absolute best to keep that toyetic function, thus ensuring its compatibility with the Mega Drive Tower Mini‘s miniature 32X. 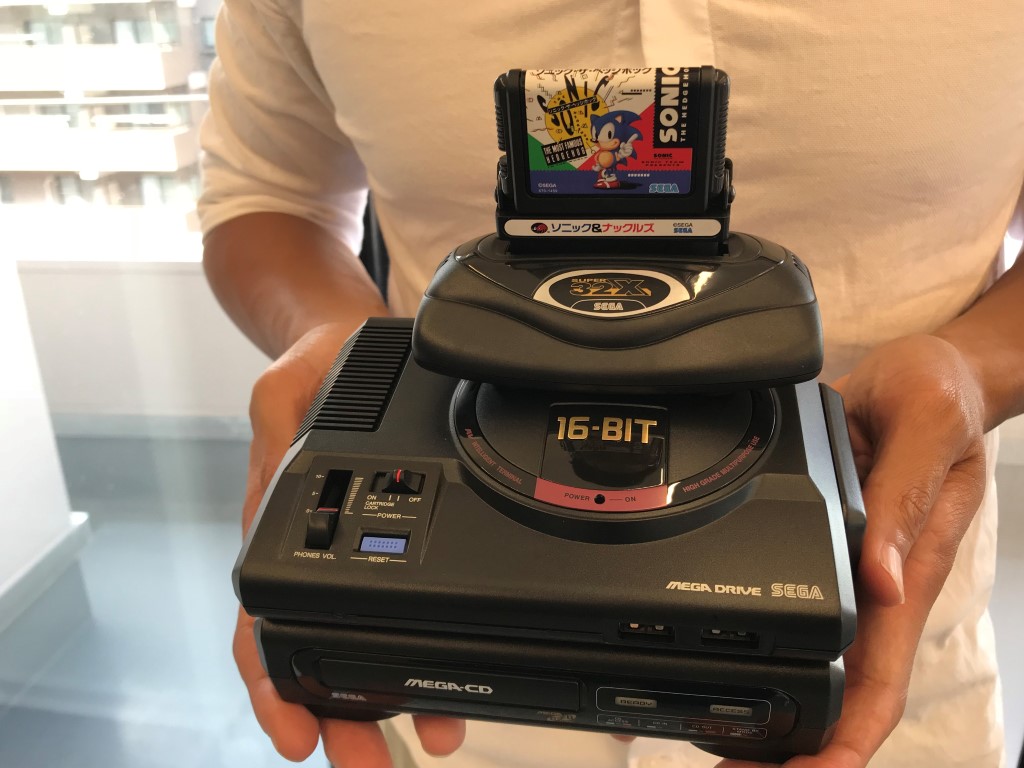 Regarding the higher price of the Mega Drive Mini 2 compared to its predecessor, Okunari says that in addition to the semiconductor shortage and rise in other costs such as shipping, the Mega Drive Mini 2 supporting Mega-CD titles means that the console required more memory and a more powerful board as well. In exchange, however, they included more titles than before, and he thinks that players will be sastisfied with the results.

On the software side, things like the save state system return, and the only changes are two additions. The first is a toggle for the sound: The original Mega Drive had FM and PSG sound chips, but the Mega Drive and Mega Drive 2 actually balanced the sound differently, meaning that games sounded different. Since the Mega Drive Mini 2 is based on the Mega Drive 2, they felt it would be necessary to have it play authentic Mega Drive 2 sounds. At the same time, they considered that some fans might prefer the Mega Drive’s sound over the Mega Drive 2’s. As a result, they added a function that lets players choose which version of the sound they want to hear.

The second function is regarding the controller’s mode button. With the original consoles, the mode button was almost completely unused, but as a result they were able to use it as the button to bring up the main menu in the Mega Drive Mini. However, they heard feedback from some players saying that they kept accidentally pressing the button and bringing up the menu, and had that as something to consider when making the Mega Drive Mini 2. They ended up adding options that allow the player to set how they want the mode button to work: It can be set to work life before, to only bring up the menu after being held down for 1 or 3 seconds, or turned off completely (in which case the main menu is brought up by holding the start button instead).

Typically, when coming up with a product like this, they do not do things that limit the customer base or demand, preferring to go with something that anyone would purchase. However, since the Mega Drive Mini 2 would have a very limited run due to the semiconductor shortage, they decided to make the lineup purely for fans.

The difficulty with the Mega-CD titles comes from how special the Mega-CD itself was. With things like the PC Engine’s Super CD-Rom2, the only thing added was a disc drive, making things very simple. The Mega-CD, on the other hand, added all sorts of other things such as a new CPU, which made running the titles difficult.

Regarding the increased number of titles in the Mega Drive Mini 2, Okunari says that while adding more titles does of course mean more work, they did so because of the increased price of the console. There was no way of avoiding raising the price, and while people who might read interviews and thus learn about why the price had to be raised might be alright with that, the majority of people would just feel that it is more expensive. They felt that adding more titles would make it so that such people would be less dissatisfied with the new price. In addition to that, the Mega Drive Mini 2 is not something that they had planned on making, and it might be the last Mega Drive mini-console, and so Okunari personally kept wanting to use this opportunity to add more titles.

On the Mega-CD titles, Okunari says that there are actually very few people who have actually played Mega-CD games. Additionally, very few had chances to be ported in the following years. As such, they chose the most famous titles that they wanted people to play, such as Mansion of Hidden Souls and Shining Force CD.

The remaining titles are to be revealed in four batches, with the next being on 24 June 2022, and Okunari says to look forward to more news.