Unlike in the original game, main antagonist Sephiroth makes multiple appearances throughout Midgar in Final Fantasy VII Remake. However, the nature of his character left many fans confused as to whether he was really there in many scenes.

Final Fantasy VII Remake Ultimania, which was released on 28 April 2020, lists Sephiroth’s appearances in the game, and explains each one. 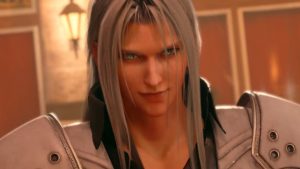 Both appearances of Sephiroth in chapter 2, once when Cloud sees a vision of Nibelheim and once when he meets Aerith, are illusions. 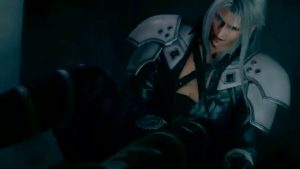 The Sephiroth Cloud sees is, as shown in the game, in fact his neighbour black-robed man number 49, Marco (Marcato in the Japanese version).

Chapter 4
The voice Cloud hears when he sleeps is listed in Ultimania as a hallucination.

Chapter 8
The Sephiroth that appears before Cloud before he wakes up is an illusion.

Chapter 13
The voice Cloud hears is a recollection of a line he heard Sephiroth say before, and the voice he hears after it saying that loss will make him stronger is a hallucination. 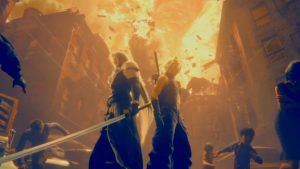 The Sephiroth that Cloud sees in the vision at the end of the Cosmos Theater presentation is an illusion. It is also stated that Barret and Tifa did not see Sephiroth, due to the vision cutting off midway for them.

The Sephiroth that Palmer sees in a corridor on the 69th floor is in fact the black-robed man number 49, Marco, who looks like Sephiroth due to the effect of Jenova cells.

When Cloud hears Sephiroth’s voice in front of the elevator on the 66th floor, this is a recollection of what he heard in Nibelheim’s reactor. 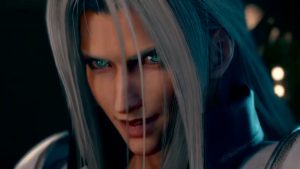 The Sephiroths seen in this chapter are all black-robed men. Through the effect of Jenova cells, the other party members also start to see the black-robed men as Sephiroth from this point. Black-robed man 49 kills President Shinra and transforms into Jenova Dreamweaver (Jenova Beat in the Japanese version) while black-robed man 2 is the one who recovers Jenova’s body and jumps from the roof. 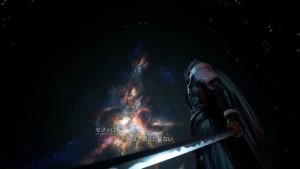 The Sephiroth seen at the end of the highway before the group stops is a hallucination seen by Cloud. Every other appearance by Sephiroth after this, starting from the point where he asks them to breach the wall of fate, is labelled in the Ultimania book with a question mark, suggesting that he is not a hallucination, illusion, recollection, or black-robed man.

It is also pointed out that in his final confrontation with Cloud at the edge of time, Sephiroth uses the pronoun “ore” in Japanese, as opposed to “watashi” in all other appearances in the game. In the original Final Fantasy VII, Sephiroth only used “ore” in the Nibelheim flashback before learning the truth about his birth, and only “watashi” after. This might imply that “question mark” Sephiroth has a different personality from the post-Nibelheim antagonistic Sephiroth in FFVII, possibly closer to pre-Nibelheim Sephiroth seen in flashbacks in the original game, and in the prequel Crisis Core.

This article was originally published on April 29, 2020