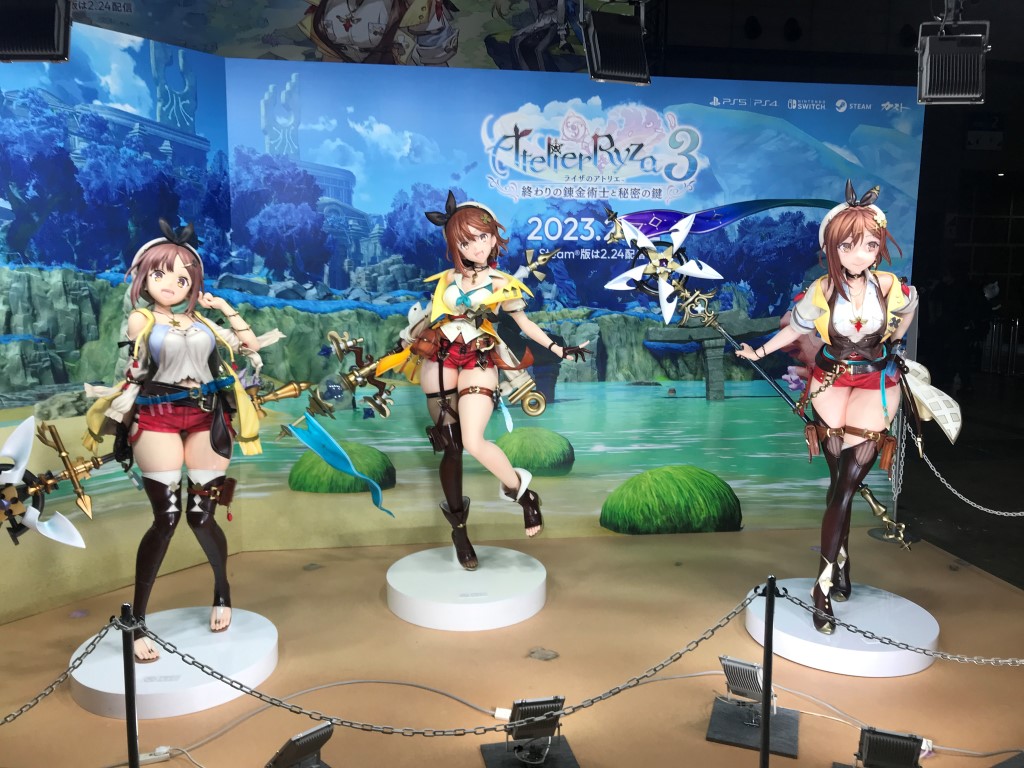 The Story and Setting

Atelier Ryza 3: Alchemist of the End & the Secret Key takes place a year after the events of Atelier Ryza 2. A mysterious archipelago suddenly appears near to Ryza’s hometown of Kurken Island, and something starts going wrong with Kurken Island as a result. Ryza thus sets out to investigate the archipelago. 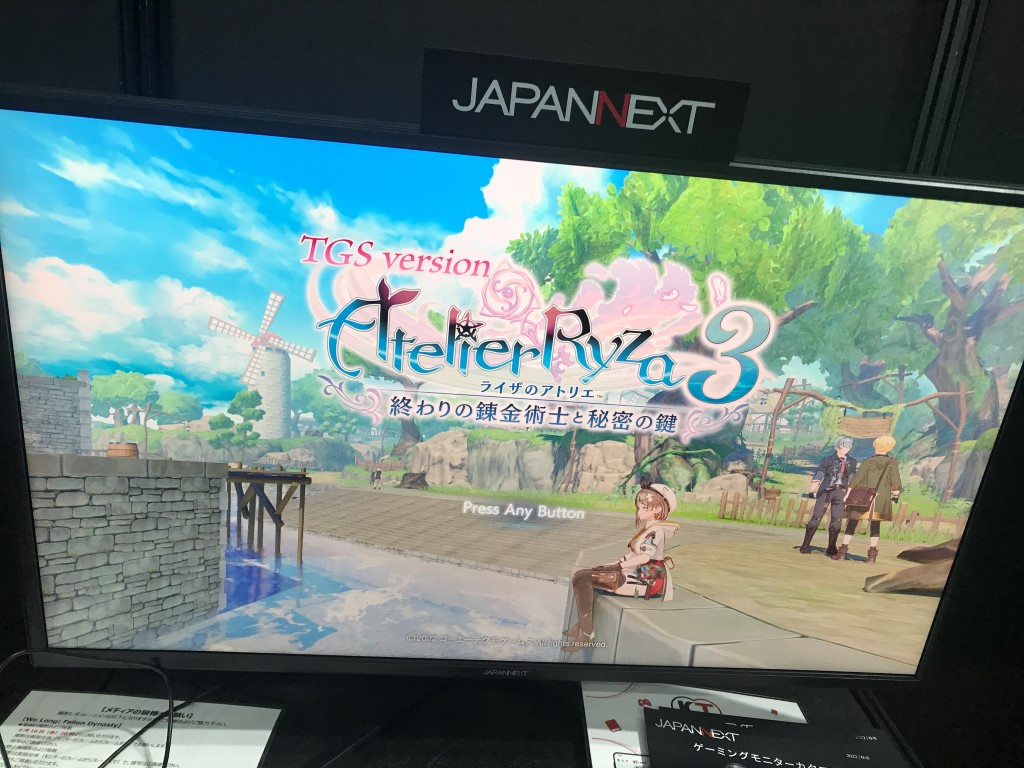 The Tokyo Game Show 2022 demo starts a ways into the story, with Ryza having already assembled a group of her friends to explore the archipelago. 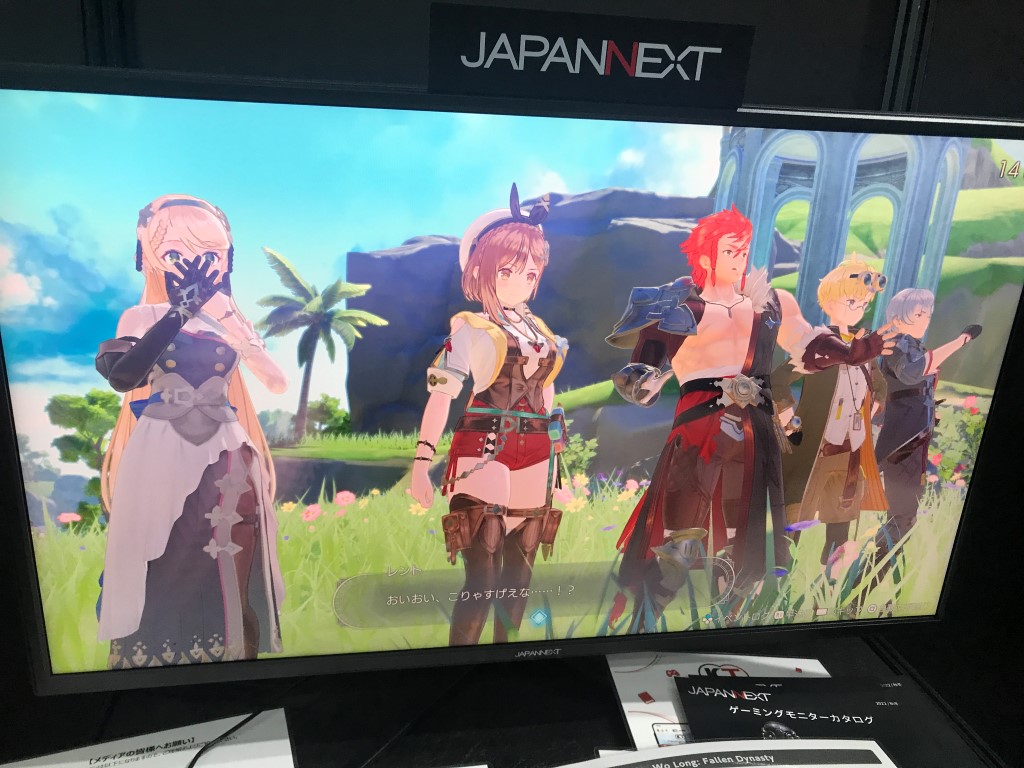 The demo had a fifteen minute timer and the area shown was massive, meaning that it was impossible to fully explore the area, test out the battle system, and also try out alchemy within its scope, so we dabbled in a bit of each. 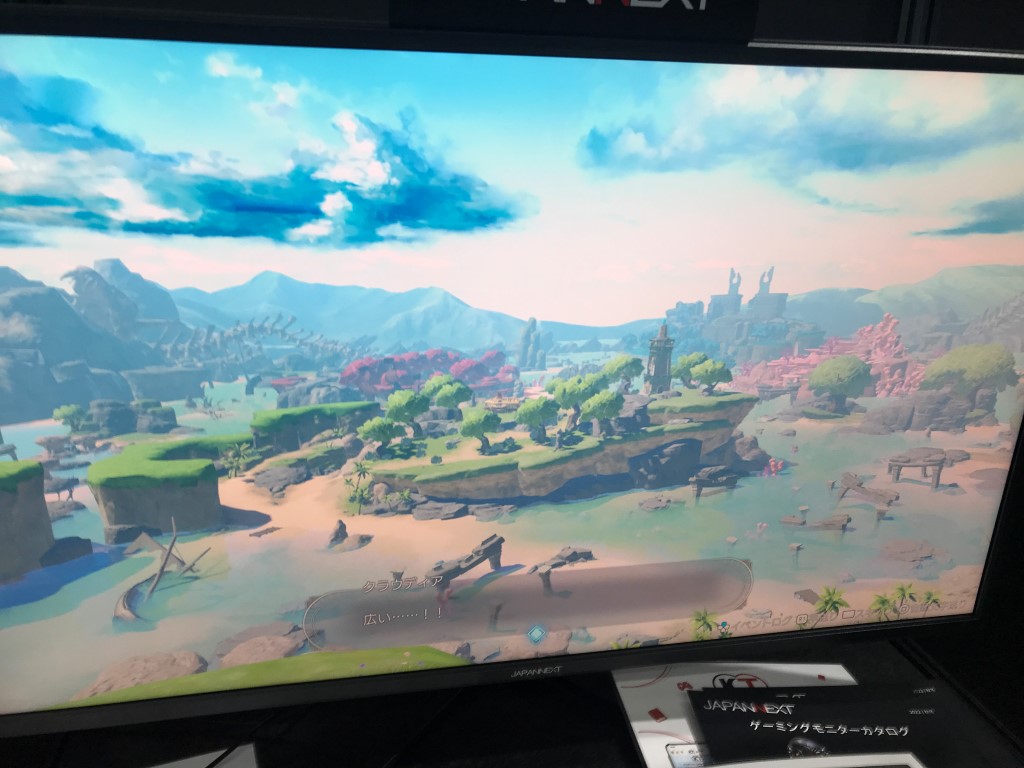 While Gust had experimented with large fields before, most notably in Atelier Firis: The Alchemist and the Mysterious Journey, the field in Ryza 3 is on a different scale entirely, and also looks far more open than the ones that appeared in Firis.

The press kit states that the fields consist of multiple seamlessly interconnected maps which can be traveled through with no loading times, and it certainly does look to be massive. 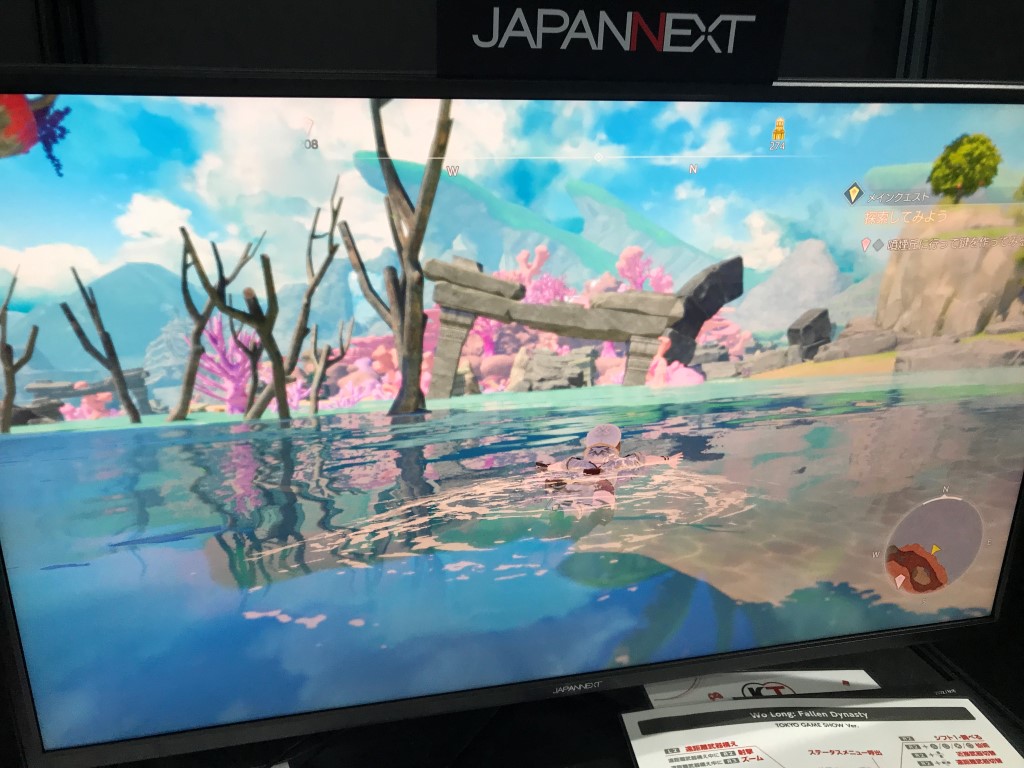 While we did not manage to reach the edge of the field shown here, the press kit also states that the game consists of four regions, and that seamless travel is available within each of these regions, presumably meaning that there is some loading time when traveling to a different region.

The demo did not give the player a clear objective, instead having various party members suggest what they should do next, each turning into an objective which the player can tackle in whatever order they please. 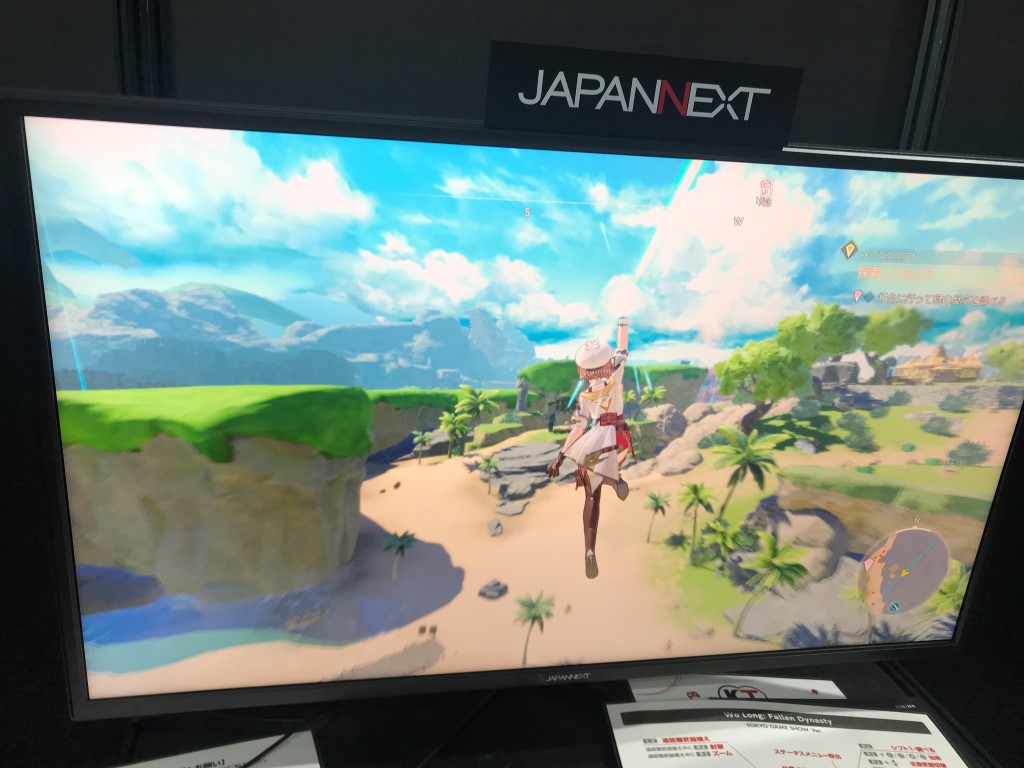 Certain spots on the map have zip lines which the player can use to travel quickly between islands without having to swim, a feature that was noted to have been unlocked earlier than it will be in the final release for the demo, and fast traveling via the map is also possible.

Like with previous games, you can switch between different tools while exploring in order to gather different materials. 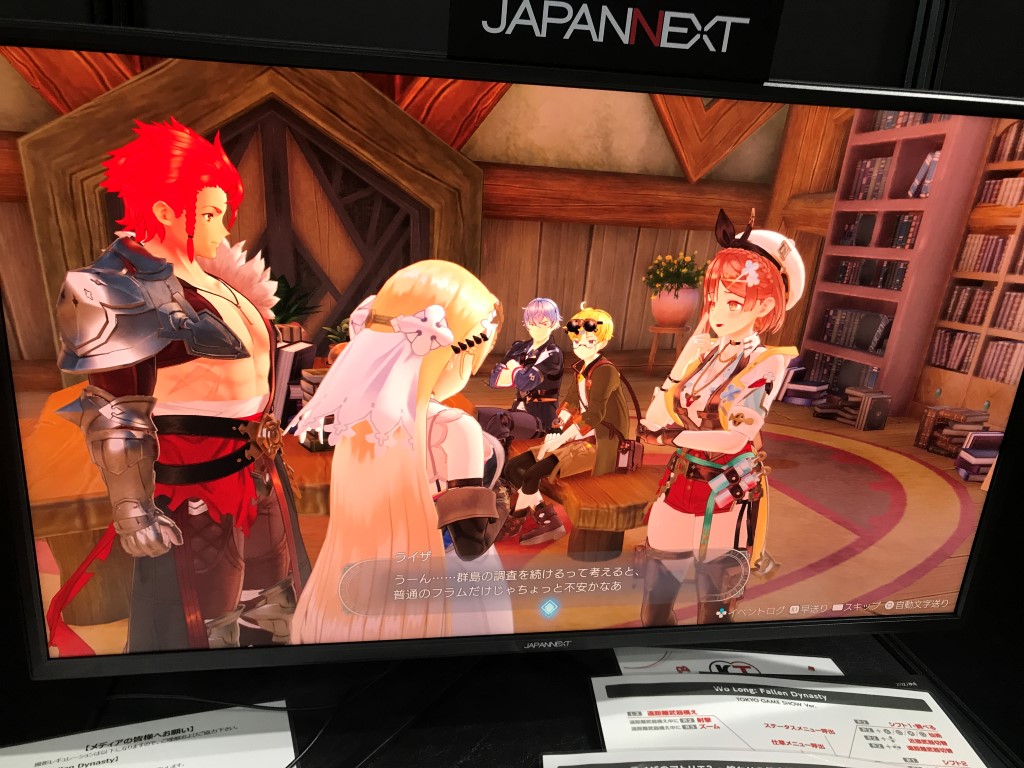 Ryza has an atelier on one of the islands in the archipelago in the demo, and we tried out alchemy as well. 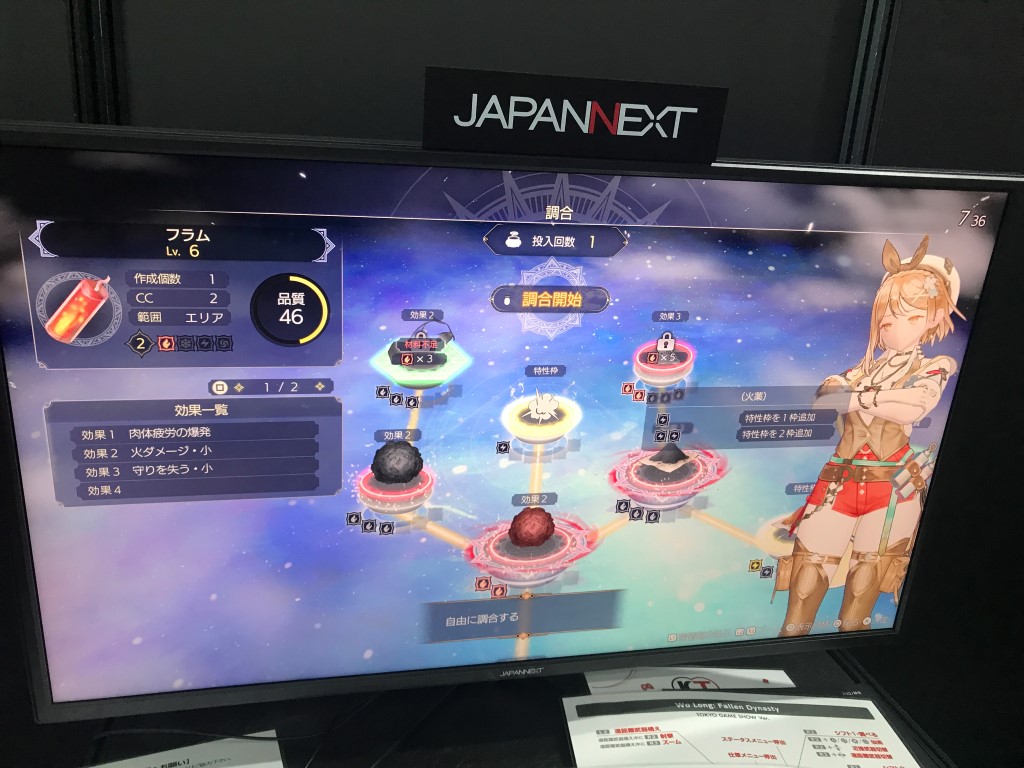 At this point, synthesizing items seemed mostly the same as in the previous games, going through a grid and filling nodes up with materials in order to gain effects and unlock other nodes. The biggest addition seems to be a new feature that we will touch on further down in this article. 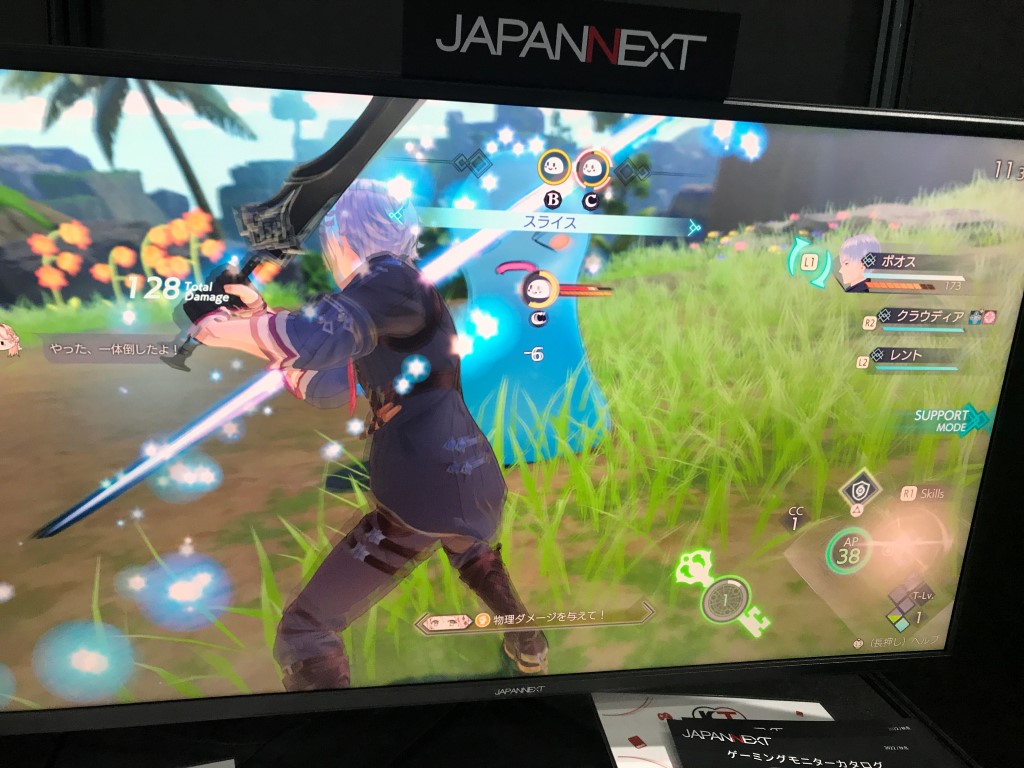 Combat, too, is mostly the same as the previous games: Realtime and fast-paced, with the loop being performing regular attacks to build up points to use skills and items, and fulfilling requests (such as to deal magic damage, or physical damage) from other party members and swapping characters. But this too has a new feature added that we will, again, touch on below.

Transition to combat is seamless like in Atelier Sophie 2. And yes, fan favorite (?) Bos is now a playable party member. 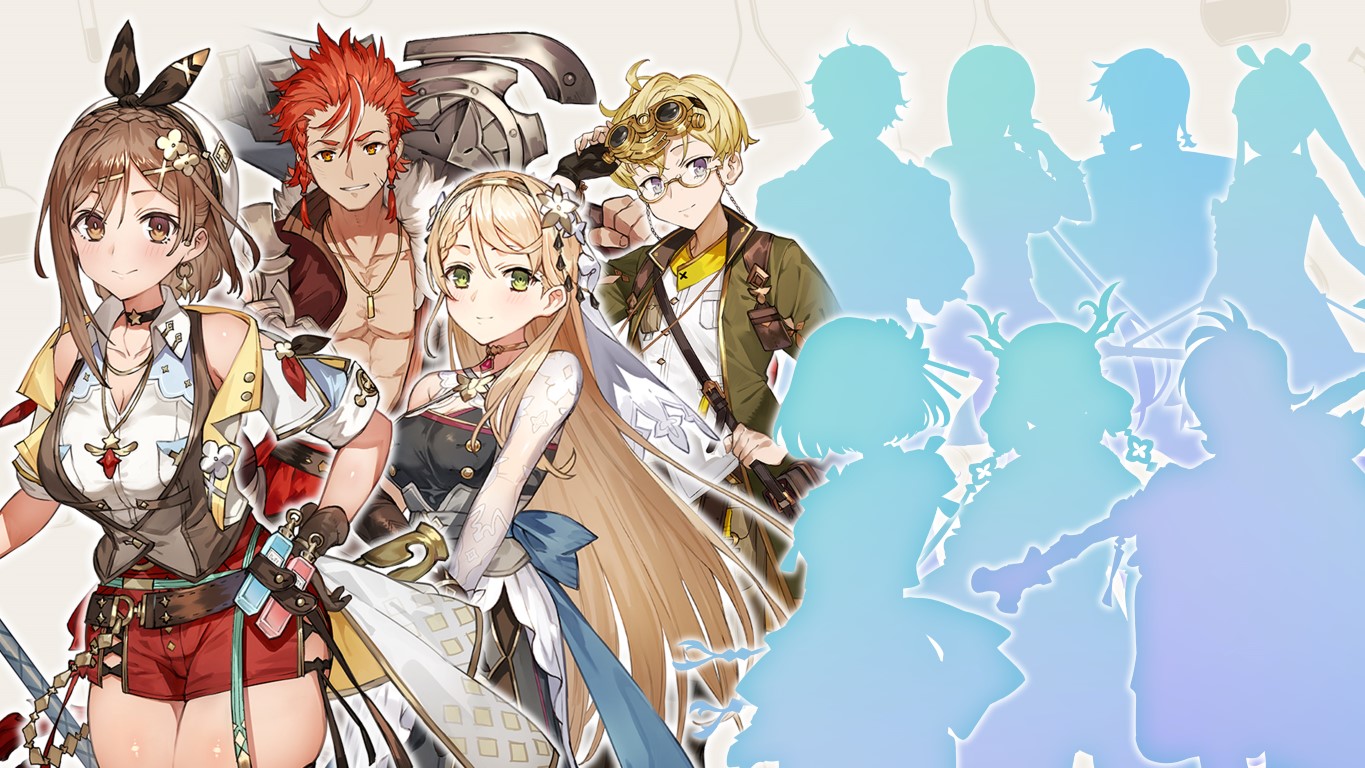 While the party in the demo consisted of the characters from the first game, it has been announced that the game will feature 11 playable characters altogether, with silhouettes for the remaining characters already revealed. 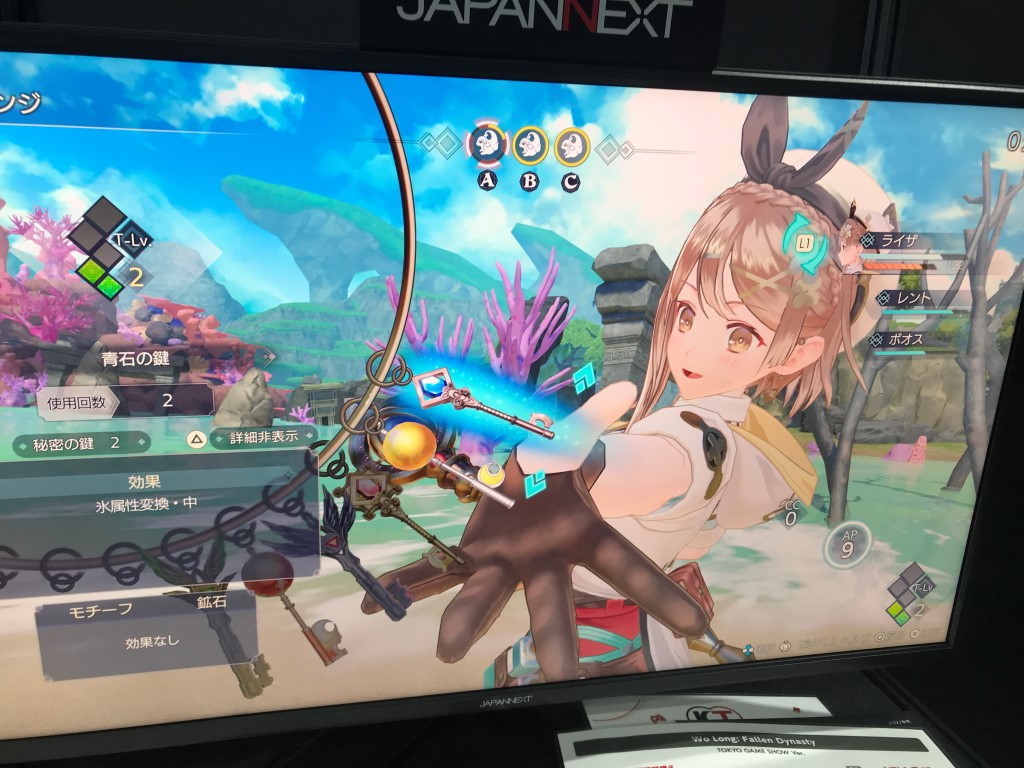 The new feature in alchemy and combat, and in fact in exploration too, is of course the keys that have been heavily featured in promotional materials for the game. There is almost always an opportunity to use a key – in combat, during alchemy, or while exploring – to gain special effects.

The demo started us off with two keys for combat, one which changed all damage we dealt to water elemental damage, and one which buffed all stats. Any character, not just Ryza, can access the key ring in battle. 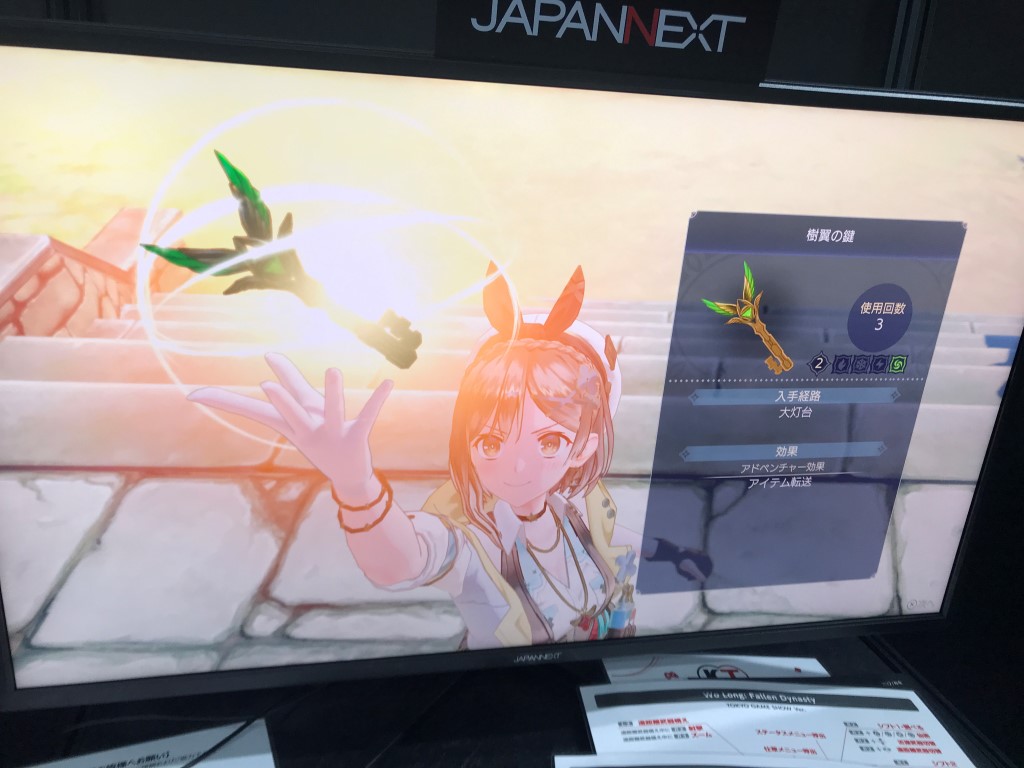 It is unclear how many methods there will be to get new keys in the game, but we did obtain a new one by investigating a lighthouse, which was one of the party members’ requests. This new key was for use during exploration, and could transfer items to the atelier. 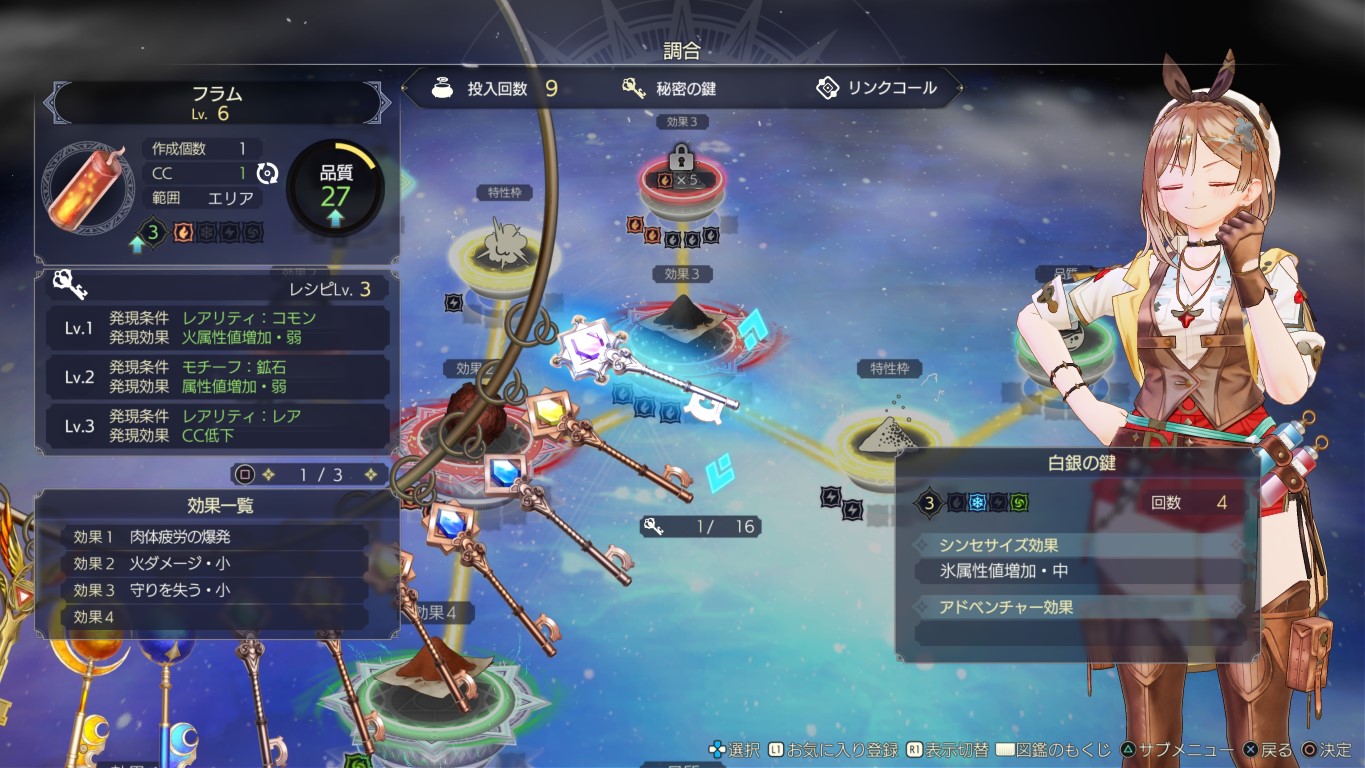 While we did not obtain one in the demo, screenshots released by Gust also show keys in use in synthesis, with effects like increasing a specific element or the item quality. Additionally, screenshots show that some keys can be used in more than one of the three capacities (combat, synthesis, and exploration), with different effects for each. 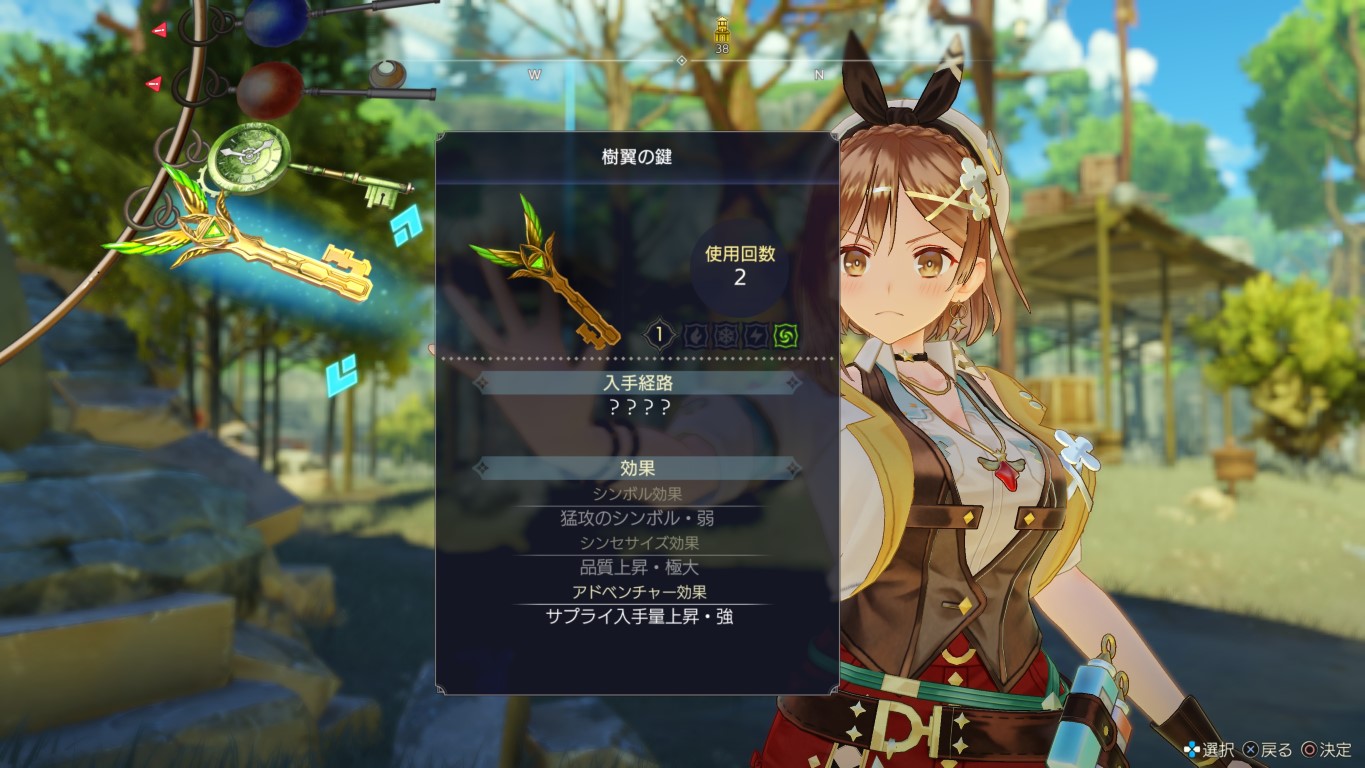 Keys also have elements (it was unclear from the demo what this affects), and come with a limited number of uses: From what we saw in the demo and from the screenshots released, it seems to be generally between 2-5. Keys also list where you obtained them from, so you can presumably head back and get new ones, but we have also seen different keys with the same source listed which suggests that there might be some element of randomness to it. Additionally, one of the screenshots released has the source listed as a series of question marks.

Atelier Ryza 3 mostly seems to be more of the great gameplay seen in the previous games, transposed onto massive open fields, with quality of life improvements like Sophie 2’s seamless transition to combat added, and the fascinating new key system.

While Atelier games have always had some degree of focus on exploration, it has always mostly been presented as interlocking maps of what ultimately amounted to corridors and doors, which resulted in the player looking at a map and planning which door to go through next.

Having a large open field like this is a significant change, and if the game includes movement options like Firis’ broomstick, or anything that enables vertical movement beyond the jump button, it might turn out to be something very special indeed. 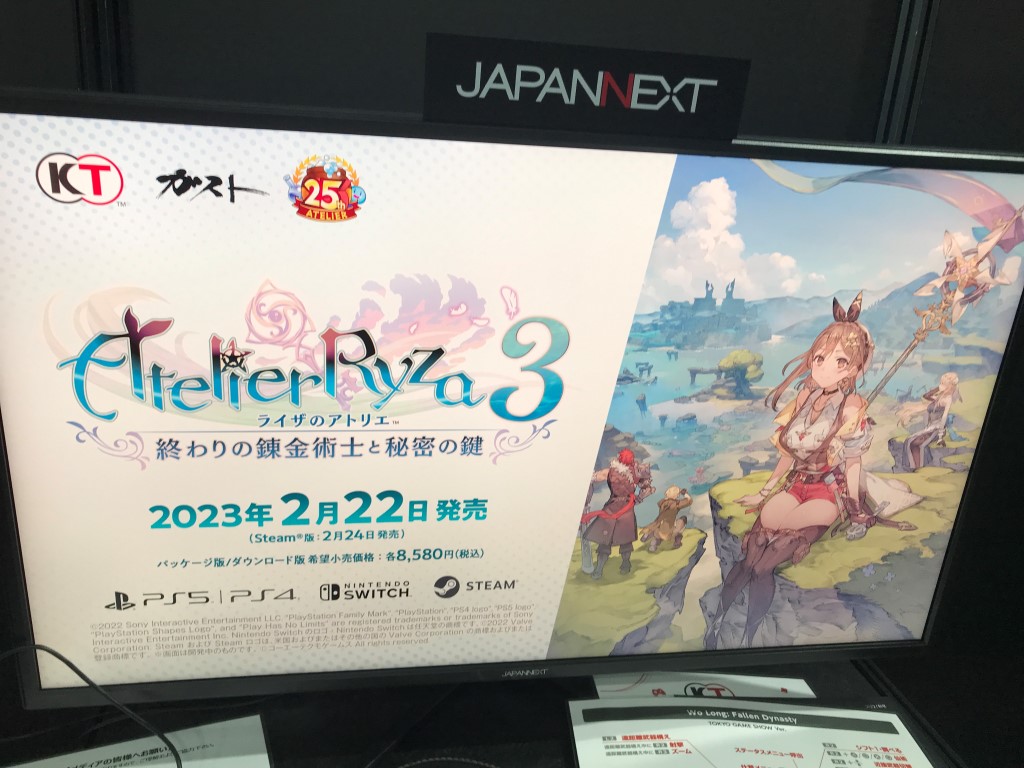 Check out more of our Tokyo Game Show 2022 coverage here: 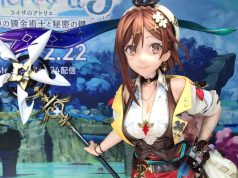