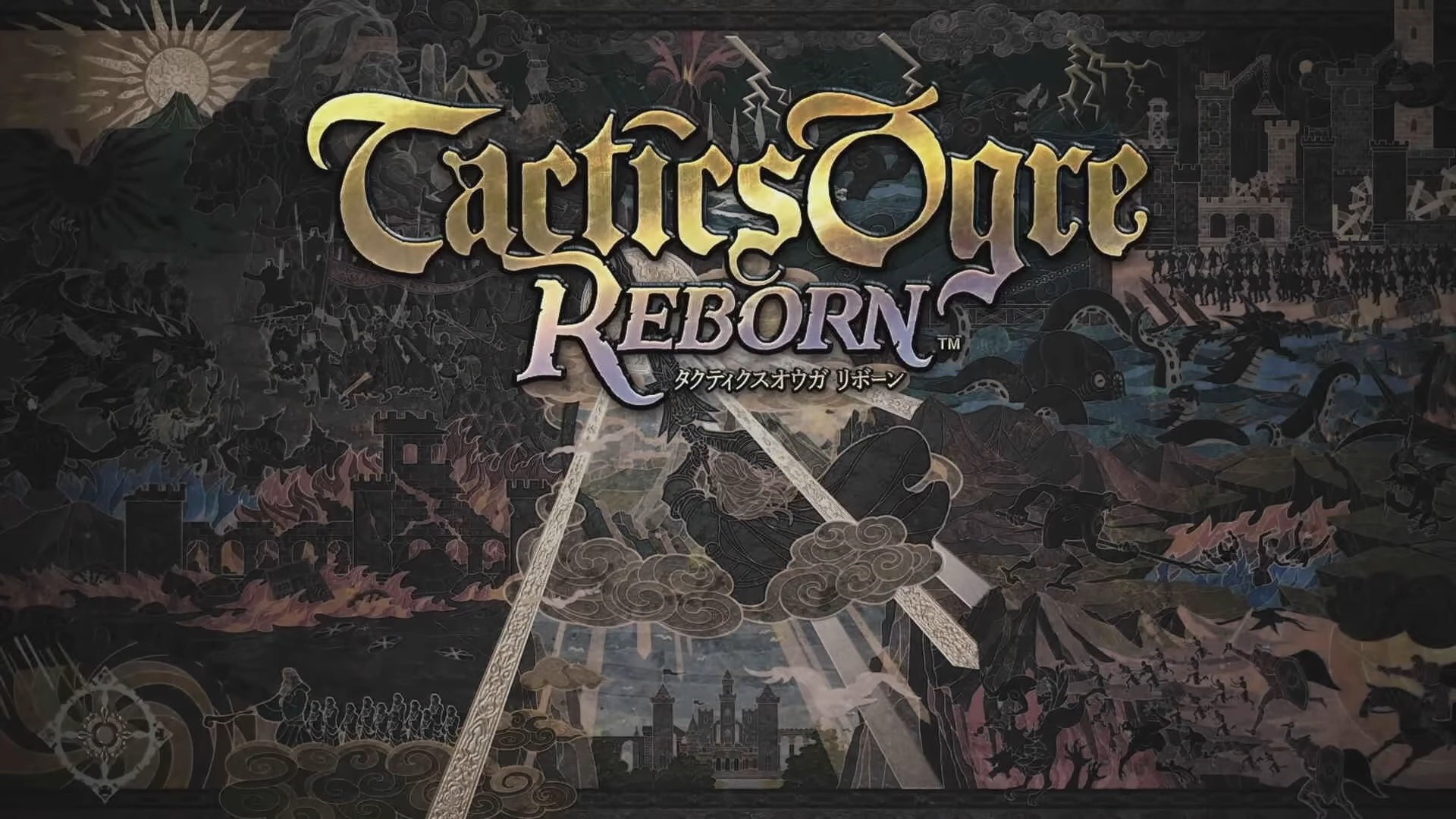 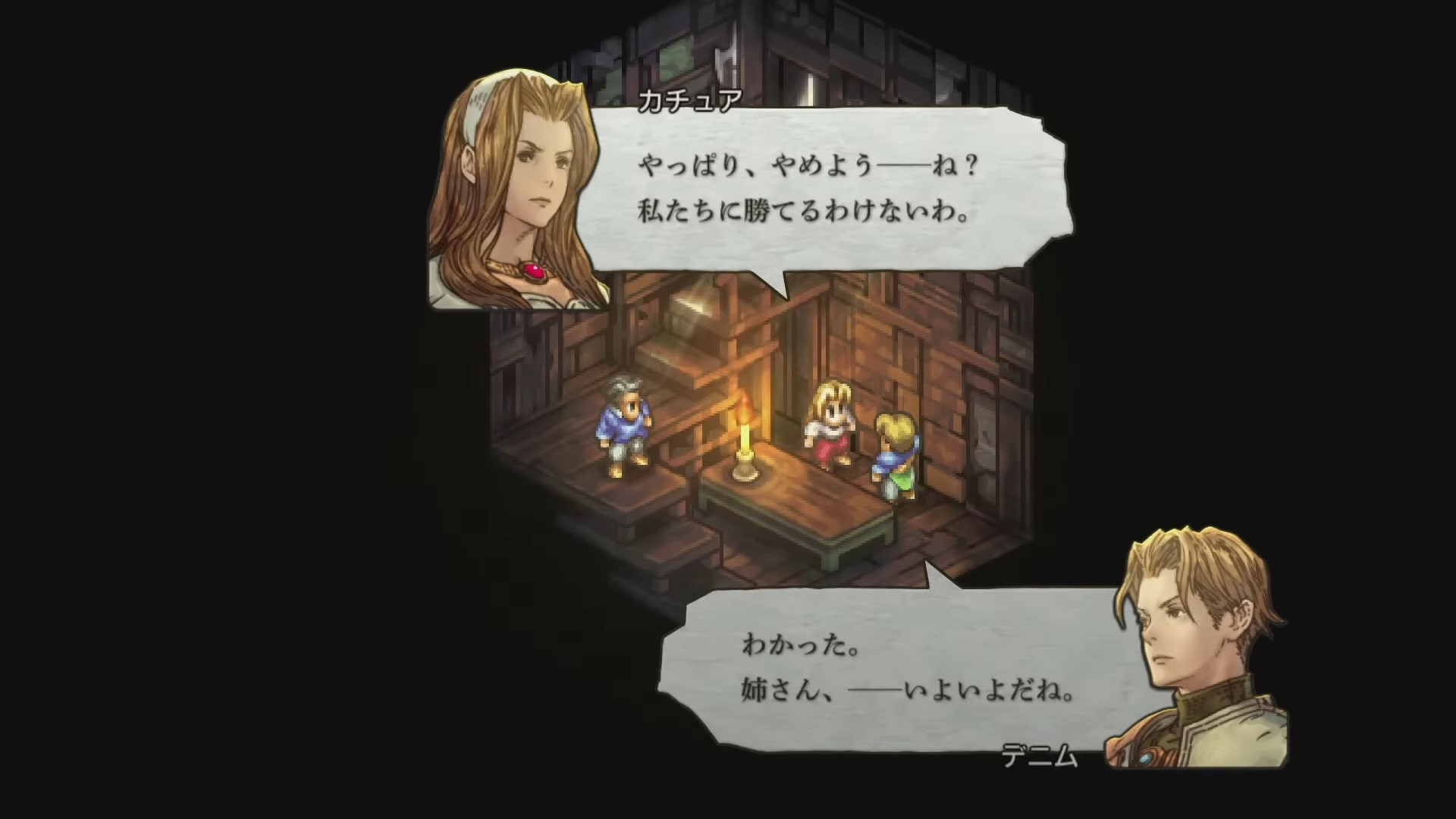 When asked if full voice acting for the cutscenes was always planned for the game, Kato says that they always planned on having it for the next current-generation release for Tactics Ogre. Due to the massive amount of lines in the multiple routes and ending and side content, scheduling was difficult, but he thinks the results turned out well.

It is pointed out that the improvements to the battle system were on a large scale, and the interviewees are asked if there was a theme to the changes. Takahashi says they aimed to keep the battles simple, but also tough. Kato adds that while the battles are still tough, they made sure to keep the player’s experience in mind with features like the CHARIOT system’s Undo mechanic, making it possible to look at the enemy forces before a battle starts, and auto saves. 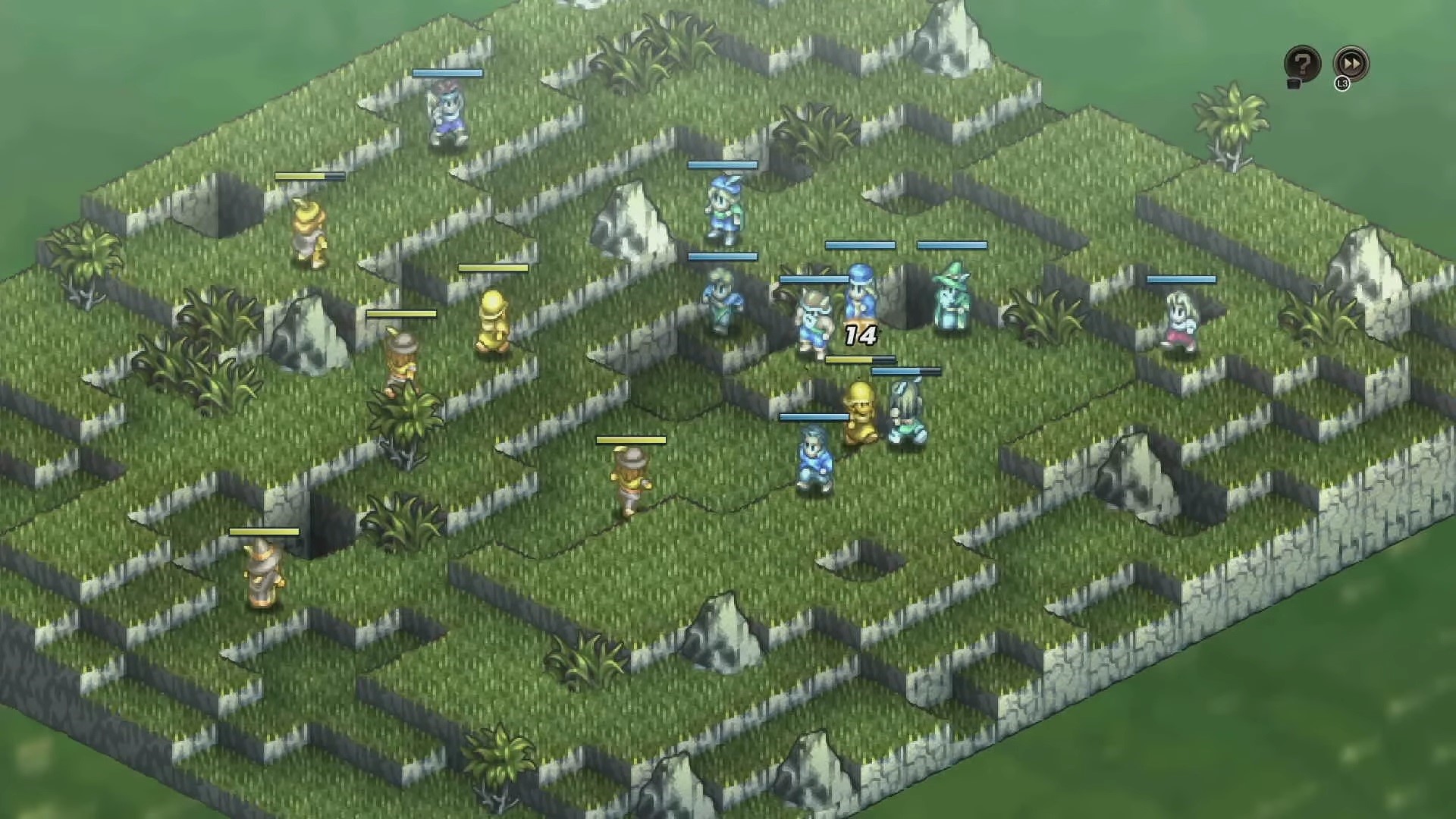 Takahashi says that the difficulty was adjusted with the pacing of the game in mind. Level caps, shop lineups and skills were changed to fit this goal. Invidivual battles were also balanced with the AI, equipment, skills, magic, and positioning of individual enemies being changed. This was not done to make all battles tough, but rather to make it so that battles at castles or against enemies that are supposed to be strong in the story are the peak of the game’s difficulty, resulting in battles that should leave an impression according to the story doing so.

With the rules of spells and skills changed, when different players use the same unit, they might turn out very different depending on the player. It is asked if this was intentional, and Takahashi says that it was: While the number of skills units can equip has been reduced, this results in units being more unique. They of course did not just reduce the number of skills a unit can equip, but also adjusted the effects. This also applied to things like equipment, and as a result each class has certain specialties and can be used in multiple ways. 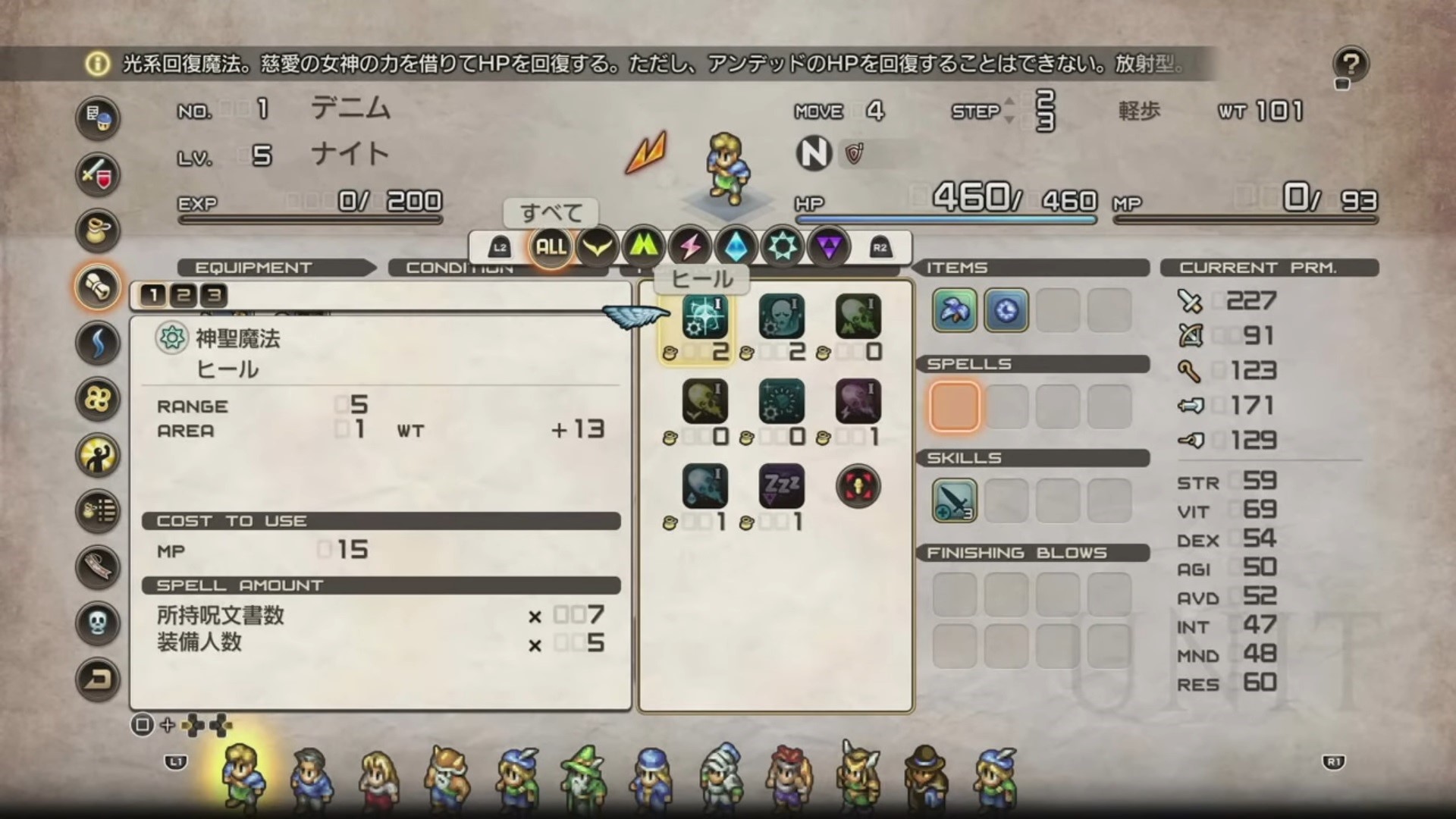 The interviewer says that simplifying battles while keeping them tough must have been difficult, but Takahashi says it was not that difficult. Less elements to factor in and the player being able to look at enemy forces before battles meant that the player knows more and it is thus easier for them to come up with forces to counter the enemy’s. This has the effect of it also making it easier for the developers to predict what the players will do, making balancing easier.

When asked what changes were made to the enemy AI, and Takahashi says that the enemy unit AI in Tactics Ogre: Reborn focuses more on individual units than moving as a whole. Each enemy unit considers that terrain and the player’s unit’s positioning and equipment, and reacts accordingly. While some enemy units may look like they are taking the properties of their class into consideration, there are actually no universal settings for different classes: Rather, this was achieved by such units having their AI adjusted individually per battle. 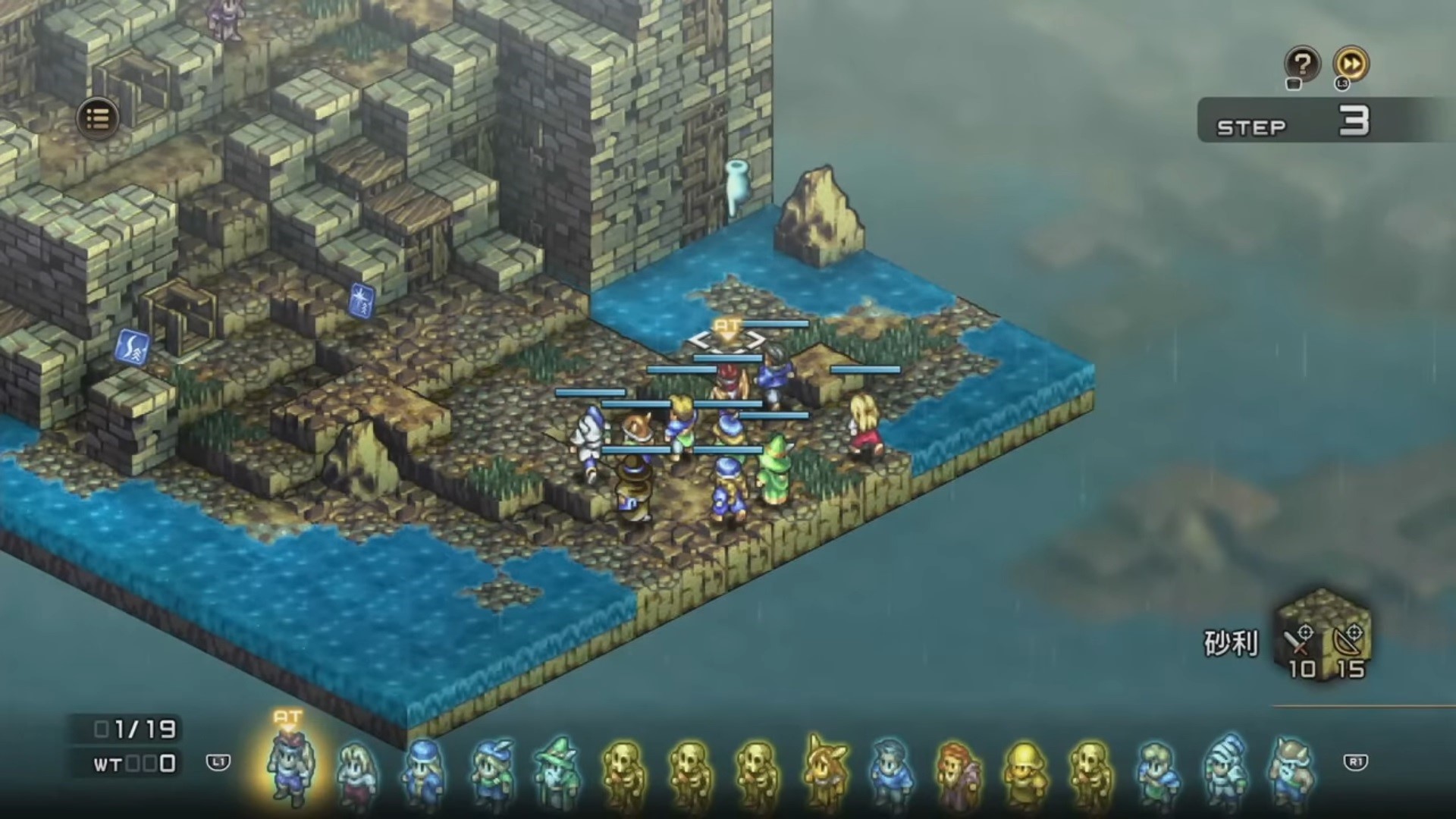 Takahashi says that the player using the party AI for training missions is something they always expected, and the enemy AI is in fact adjusted to account for it: This is why enemies in training missions do not heal or run away to cast magic. They also conducted tests on whether the party AI would be able to clear stages in the Palace of the Dead, and found that it was possible, but not easy. Regarding the four party AI settings, while they did plan on redoing the party AI from the beginning, they did not initially decide on the number of settings or what they should be called. The four settings were decided on as they worked on the battles, and they were named after.

The interviewer points out how Tactics Ogre: Reborn also has numerous other changes like a 100% success rate for crafting and no random battles, and asks how many of these were planned from the beginning, and if there was a list of things to change from the 2010 PSP version of the game. Takahashi says that the list of changes was made by the members of the development team as they went through the previous versions of the game and discussed them, and many of the changes were brought up at this point. They did not truly decide on what to change until later in development, though, and some changes were only proposed later in development, such as the shop lineup update notifications.

Katano adds that this was similar to what they did before starting development on Final Fantasy XII: The Zodiac Age, and that they also discussed some proposals from series creator Matsuno Yasumi, and Kato says that even though Tactics Ogre is the game he has spent the most amount of time playing in his life when adding the playtime of the Super Nintendo and PSP versions together, the changes made testing out Reborn a refreshing experience.

Finally, the three are asked if they have anything to say to fans. Kato says that while Tactics Ogre: Reborn may have been modernized, it still has its old, good flavor. He thinks that old players will be able to find new things and a deeper world to explore, and new players should be able to enjoy the elaborate world and story, character customization, and tactical battles.

Katano says that the developers did their absolute best to make Reborn an enjoyable experience, and that the voice acting and updated combat should give players a completely different impression from the PSP version.

Takahashi says that he saw many passionate comments from old fans after Reborn was announced. He knew from when development started that they would have to live up to the expectations of the fans, but the fans still managed to be even more passionate than he expected. They did their best to make battles that people would enjoy, and hopes that the players will enjoy them.